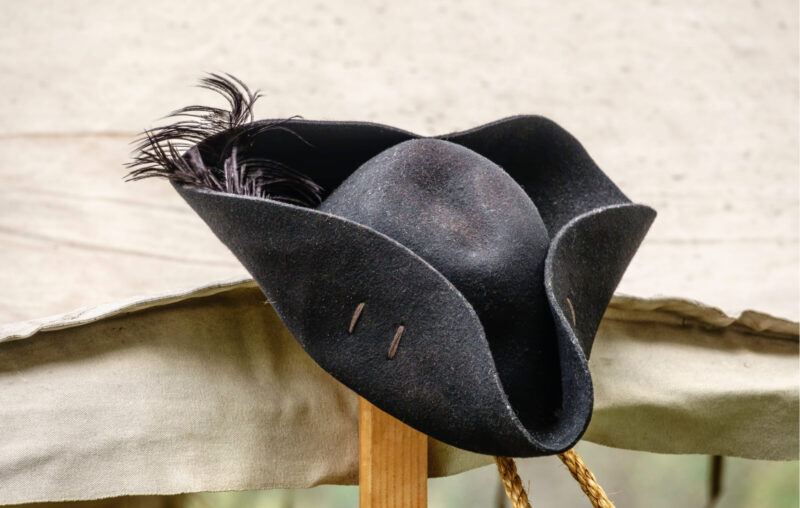 Spencer Roane (1762-1822) is one of hundreds of forgotten Founders, men and women (serious, not pandering, about that) who helped to transform a handful of unimportant British colonies into a world superpower but whose names are now rarely uttered, even among the cognoscenti. Unlike the Financial Founding Fathers who were forgotten because historians came to misunderstand and even loathe what they did for the new country and its economy, Roane is forgotten because he lost a long struggle against his fellow Virginia jurist John Marshall (1755-1835), who lived longer and sat on a higher court than Roane did.

Biographer David Johnson, however, argues in Irreconcilable Founders (2021) that Roane may get another day in court, so to speak. At issue is the scope and nature of judicial review and, ultimately, the locus of political power in America.

Contrary to common belief, the Constitution did not explicitly make the US Supreme Court (SCOTUS) the supreme and final arbiter of the constitutionality of state and federal laws. The Marshall Court (1801-1835) laid claim to that power in a series of court cases beginning (not ending) with Marbury v. Madison (1803). (For details, see Richard E. Ellis, The Jeffersonian Crisis.)

Roane, Thomas Jefferson, Andrew Jackson, and others fought the notion that SCOTUS held anything like a monopoly on judging constitutionality. After learning that SCOTUS had struck down all of Georgia’s laws related to the Cherokee, Jackson reportedly said “John Marshall has made his decision, now let him enforce it” (115), a practical impossibility without the support of the executive branch that Jackson controlled.

Jefferson doubted not the ability of SCOTUS to declare a law unconstitutional but believed that the several states could also do so, a power that he helped the state of Kentucky to assert by authoring its 1798 Kentucky Resolution against the passage of the Alien and Sedition Acts by the Federalist-controlled Congress and the John Adams administration. States had the obligation to protect their people from the “fangs of despotism,” Jefferson wrote, especially when those fangs emanated from the “general government,” which obviously could not be trusted to be the sole judge of the extent of its own powers. Jefferson sought to make clear that Kentucky (and Virginia, for which James Madison himself authored a somewhat less resolute resolution) remained loyal to the Union but would not submit to “palpable violations” of the Constitution.

Roane’s contribution to judicial review was yet more learned. Despite his nasty temper, Roane impressed most contemporaries with his adherence to first principles and judicial knowledge, honed over decades as a lawyer, legislator, and judge on Virginia’s Supreme Court of Appeals (1795-1822). Roane believed that it was imprudent to limit judicial review to one institution because “all history teaches” that “power is an encroaching thing, and that all men who possess it, will feel it and forget right” (119). SCOTUS, too, had to be checked, not with court-packing but by judicial review by the several states.

Critics of Roane and later nullification doctrines countered that allowing states to judge the constitutionality of federal laws would soon render the Union unworkable, an irregular patchwork of laws and regulations that would prove inefficient and unjust. Ironically, that happened anyway because of just what Roane and others sought to fight, the growth of the national government’s size and strength vis-a-vis state governments. Incidentally, Roane did not suggest that the states make fine constitutional distinctions following the passage of each federal law, merely that they thwart obvious instances of overreach.

Just as the Alien and Sedition Acts were obvious instances of the national government overstepping its bounds, so too are federal mask mandates, lockdowns, vaccine passports, and proposed election and immigration reforms. What are Democrat sanctuary cities, counties, and states other than attempts to nullify putatively unconstitutional federal policies? Currently Republican states like Florida and Texas have also pushed back against federal policies in various Constitutional ways, just as Jefferson called for in his Kentucky Resolutions. More power to them, but the federal government controls something today that it did not in the Founding era, the “power of the purse” or control of both the fisc and monetary policy.

Before the Civil War, the federal government was vanishingly small, taking well less than 5 percent of GDP, with most revenue coming from revenue tariffs, land sales, and excise taxes on luxuries. Its central banks, the first and second Bank of the United States (1791-1811; 1816-1836), were mostly privately owned and controlled and the nation was on a bimetallic gold and silver standard anyway.

Today, the federal government can bend even large states to its will and use the people’s own money to do it. If tax resistance rises, it can destroy the value of the US dollar simply by borrowing to the hilt and pressuring the Federal Reserve, which no longer looks as independent from political control as it once did. Perhaps the Fed owns 261 million ounces of gold ($11 billion and change at the still official rate of $42.22 per oz.) to hedge against the hyperinflationary spiral it may be called on to create?

Roane points to a way out, but it is not likely one that the current powers-that-be will take: “construe the Constitution as it really is” (118). If and when the current regime collapses, we should keep the Constitution, and try it again, minus all of the alleged precedents, but with more careful attention to the incentives it creates to construe it as an instrument to accumulate, rather than to disperse, political power.

This article, Spencer Roane, Enduring Paladin of States’ Rights, was originally published by the American Institute for Economic Research and appears here with permission. Please support their efforts.