Some Frustrating Economics in the Wall Street Journal 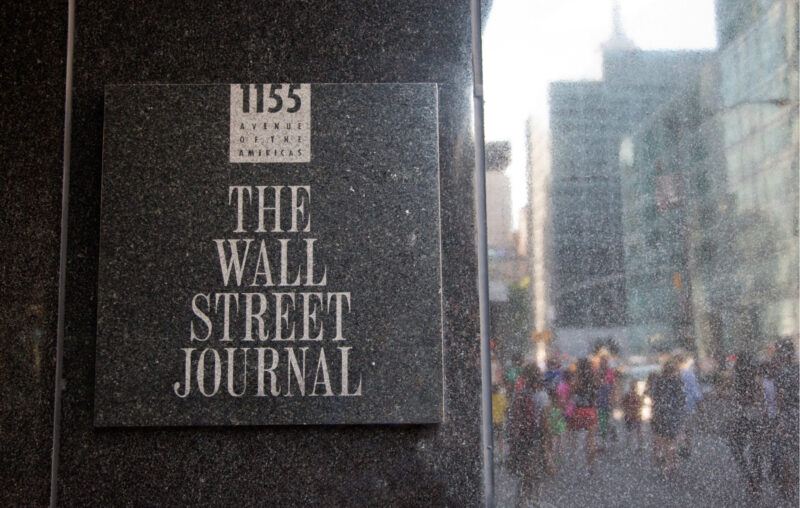 For students of monetary policy, yesterday’s Wall Street Journal has two articles that deserve particular attention. The first is a piece of reporting by Nick Timiraos about the Fed’s balance sheet. The second is an op-ed by William Walker and Stanton Anderson about inflation and trade policy. Both contain more heat than light.

Mr. Timiraos discusses the Fed’s deliberations about reducing its asset holdings. Reducing its balance sheet is “another tool” for fighting inflation. The primary tool is, of course, interest rates. Christopher Waller, normally a voice for saner policy on the Fed board, is quoted as saying the Fed won’t “have to raise interest rates quite as much” if the Fed doesn’t hold quite so many bonds. This implies that changing interest rates and adjusting the balance sheet are two substitutable ways of conducting monetary policy.

In the real world, there will always be spillovers, since Fed purchases increase demand for assets, which drives down their rates of return. But that’s a byproduct. The real way monetary policy works is by changing the amount of liquidity in the financial system. The Fed traditionally held a “Treasuries only” policy for asset purchases and sales precisely because Treasuries were a very close substitute for cash, meaning monetary policy could be maximally effective for given (secondary) effects on interest rates.

We want monetary policy to adjust the supply of money in response to changes in demand for money. We don’t want monetary policy to mess with interest rates. Markets, not bureaucrats, should determine capital pricing and allocation. The Fed doesn’t need to pay attention to interest rates to achieve its goals of stable prices and full employment, except perhaps as a barometer for short-run liquidity conditions. (Things get more complicated in a floor system. But that’s a whole different issue, and we’re talking about market rates, anyway.)

On the opinion pages, Messrs. Walker and Anderson claim President Biden’s trade war is responsible for inflation. “High tariffs on imported steel and aluminum are being passed on to American consumers in the form of higher prices,” they lament.

Sure, but what’s that got to do with inflation?

Messrs. Walker and Anderson tell a supply-side inflation story. I’m sympathetic. Supply problems lower productivity growth, which results in faster price growth. I’ve written in the Journal’s opinion pages about why this kind of inflation is beyond the control of monetary policymakers. But there’s a problem: tariffs are a poor candidate for drivers of supply-side inflation.

The first mistake is conceptual. Inflation is a sustained rise in prices across the economy. It’s not enough for prices to go up, then stop. They need to keep going up. If tariffs are making goods and services more expensive—and I’m confident they are, at the margin—the resulting price increases should be a one-time occurrence. Unless tariff rates are continually going up, they won’t persistently drive inflation. In economics jargon, we’d say this kind of supply-side issue has a level effect on prices, not a growth effect. And inflation is all about growth!

The second mistake is practical. In 2019, the US imported $23.9 billion worth of steel. In 2020, the US imported $19.1 billion worth of aluminum. For comparison, US GDP in those years was about $21 trillion. Even though steel and aluminum are crucial inputs used by US business to make lots of goods, the magnitudes just don’t make sense. You’re not going to get nearly 7% economy-wide price increases from tariffs on imports that represent 0.2% of US GDP. Shockingly, Messrs. Walker and Anderson don’t include any numbers in their article.

The Journal is usually a bastion of sound economics. Alas, nobody bats 1.000. If we want an economic “return to normalcy,” we have to get these basics right.

This article, Some Frustrating Economics in the Wall Street Journal, was originally published by the American Institute for Economic Research and appears here with permission. Please support their efforts.