Since Viking Times, the Nordics Have Been Different 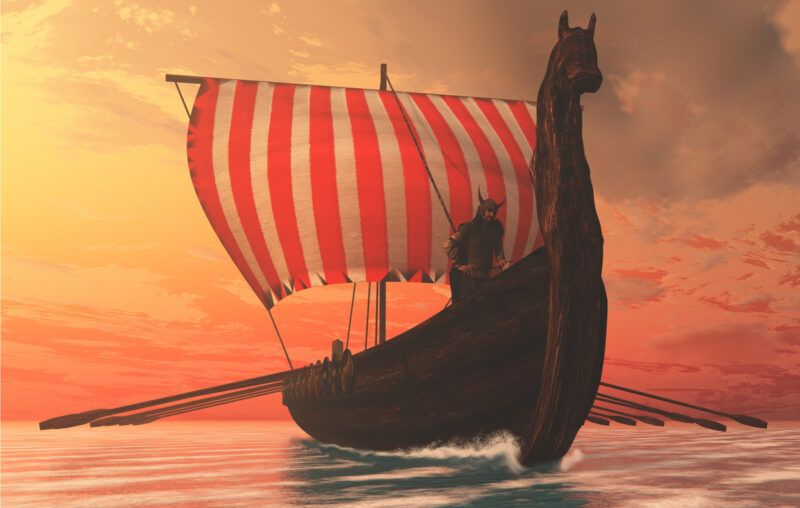 Why the Nordic countries – Finland, Sweden, Norway, Denmark, and Iceland – are different from the rest of the world has long fascinated scholars and political pundits alike. The left wants to know the recipe for Big Government so that they can successfully implement it in their home countries; the right wants to know where that story is incorrect, and how free-market capitalism and homogenous cultural values made the Nordics the flourishing region it is today.

What’s clear is that there’s something (metaphorically) in the water of these northern lands. In The Viking Heart: How Scandinavians Conquered the World, Arthur Herman, the best-selling author and senior fellow of the Hudson Institute, tracks it further back than most. He finds the traits that we associate with a Scandinavian mindset deep into our Medieval past, long in the making in this geographically particular region. Herman calls to the set of social virtues that make the Nordics special “Viking Heart” but he admits that they predate the Vikings by centuries.

At the onset of the book, the Viking Heart seems fairly broad but simple enough – and believable – description: a culture of courage, of daring escapades, of loyalty and resilience against an unruly nature. As we walk through Viking history, (Northern) European wars, religious, and cultural shifts, and the Great Migration that put tens of millions of Scandinavian descendants in the United States (predominantly in the areas around the Midwestern plains), the description slowly expands to the point where it covers nearly everything. About four hundred pages later, it seems Herman equates the Nordic spirit that is the subject of the book with being a good person. In the preface, we learn that:

“Step by step, the descendants of the Vikings shed the vestiges of their primeval savagery, superstition, and ruthless greed while retaining the virtues of courage, trust in family and community, and willingness to risk it all to achieve their destiny as individuals and as members of a community.” […] “they offer a model of how to be both modern and human, to combine the compassion and sophistication that we usually associate with the so-called Scandinavian model, yet to retain certain qualities that made the Vikings the scourge of civilization, and then its saviors.”

The Vikings (or ‘Northmen’ as they were known at the time) really were trailblazers in the art of building boats, navigating them over the high seas as well as the rivers of Europe, of warfare tactics and more importantly having the guts to do so. They were, famously, the first Europeans to reach Iceland (apart, perhaps, from the occasional Irish monk), Greenland, and to discover America – five centuries before Columbus.

To embrace the Viking Heart means to carry “a strong sense of moral and social responsibility,” to set out across a deep unknown and despite the hardships and perils, endure; it means to tame a vast wilderness; to do right by your family and community, even in the face of hopeless destruction; it means to mind your own business and to put your money where your mouth is. “Lutheranism,” writes Herman, “of the religious variety that split Christian Europe in the 16th century, “also stitched onto the Viking cultural legacy a Protestant ethic that gave the Viking Heart a new moral imperative: hard work equals the worship of God.” It means to have an “indomitable courage, fierce loyalty, national pride and power.”

In the Icelandic sagas, the best-preserved and most informative glimpse we have into the way of thinking that characterizes these Northern peoples in such austere and barren lands, is the “… work and what they do with their hands: building, cooking, washing, sheep herding, and horse breeding, as well as sailing and fighting.” Then again, I wonder, which historical and flourishing culture was not preserved in such a way?

That geography shapes the people eking out a living there is both controversial and trivially obvious. It echoes determinism and rigid outcomes, that one kind of people are destined to forever be like they once were. More profoundly, it points to a cultural and social selection – the virtues that arise at the edge of the world do not arise by chance, but through ruthless selection. It is plausible that the Viking peoples who survived and thrived in lands too harsh and demanding for almost any other humans to endure, did so through developing a deeply held set of cultural and social beliefs that ensured their survival. While we may point to ways in which those values are rapidly being  eroded, it’s not obvious that they have not yet disappeared.

Even so, Herman’s story suffers from two major shortcomings.

The first is the length of time considered: it’s a long leap from the Vikings in the 8th, 9th and 10th centuries to the modern oddity of 20th century experience of World Wars, welfare states, and gender equality. That leap seems longer still when we understand these Vikings in a world bowing to Christianity, first in a Catholic and then a Lutheran form, through generations of dwindling non-Viking subsistence farming, through early widespread literacy, and through late industrialization. Pointing to a Viking origin is an intriguing hypothesis, but quite the historical arc. It might not be the last word in accounting for Scandinavian exceptionalism, but perhaps an exciting first.

The second problem is the tension that runs through the book. In his eagerness to show the Vikings’ impact on Western history, he undermines the investigative thesis on which the book is based – what sets Scandinavians apart from others. For if Scandinavians are exceptional because of their Viking past – indeed so exceptional that it’s worth writing a widescope book about them – and the Vikings spread their norms and genes and cultural beliefs everywhere (Russia, Normandy, England, Turkey etc), it makes little sense to point to them as a reason that modern Scandinavians differ from their European peers. Everyone, more or less, can lay claim to having a Viking ancestry. The more important and widespread the impact we think the Vikings had, the less modern Scandinavians are the unique heirs to their virtuous and cultural beliefs.

Apart from that, the story is heavy on the “maps and chaps”-type of history – wars and individuals, with plenty of Svens and Harolds, Knuts and Roberts, dukes and princes and kings. If that’s not your cup of tea – it certainly isn’t mine – The Viking Heart has a few chapters to skip. If military history is your cup of tea, the intricate descriptions of the Thirty Years’ War, of events in the American Civil War, or World War II are likely too short and not comprehensive enough for your taste.

Herman advances a radical idea: the Viking spirit, forged through the barren and harsh Viking way of life, remains firmly in the Nordic peoples – in their institutions, in their ethics and behavior, and their shared values. The lands that were once the realm of Northmen changed very slowly, but so did every place in the year 1000. Then again, once Scandinavians unshackled their entrepreneurial merchants and innovators from the yoke of government regulations in the mid-1800s, it took less than a century for these dirt-poor and backwards lands to catch up and rival the leading economies of the world – so they can also change very fast. Why, then, should we think that what made a specific people successful more than a millennia ago still impacts their descendants today?

Perhaps the Viking spirit is being eroded, partly by modernity or partly, perhaps, by its own success. It would be more accurate to say that the very values and virtues that Herman identifies – those that made Nordic institutions functionable and flourishing – are in recent decades gradually undermined. Then again, as the author of The Idea of Decline in Western History, Herman is in a remarkably good position to reject such declinist ideas: plenty of convincing people have cried wolf before and, mostly, been proven wrong.  Work hard; Endure hardship; Do what is right. That is the core of the Viking spirit, which Herman so elegantly traces through its millennia-long history: “about daring to reach for more than the universe had gifted you, no matter the odds and the obstacles.” It might not be the full story of Scandinavian exceptionalism, but it would be hard to reject it as unimportant and very tempting to believe it is still relevant.

This article, Since Viking Times, the Nordics Have Been Different, was originally published by the American Institute for Economic Research and appears here with permission. Please support their efforts.