Should We Help Workers Who Lose Jobs to Imports? 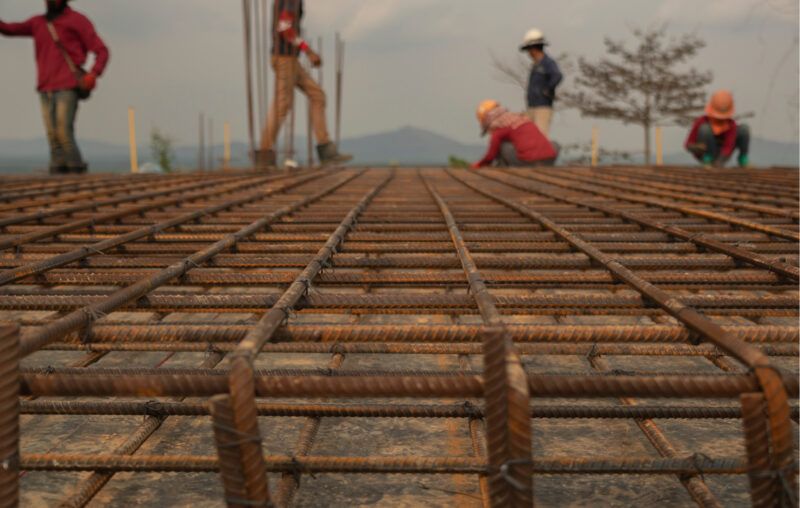 Since he was 18 years old Joe has toiled in an Ohio steel mill. But now, with him in his late 40s, Joe’s fellow Americans start buying more imported steel and, hence, less American-made steel. This change in trade patterns causes Joe – a good, hard-working, play-by-the-rules, family man – to lose his job. Joe is devastated.

How can we help Joe transition to another job or otherwise cope with his job loss? This question is asked frequently. Crafting clever answers to it is a favorite task of policy wonks. And those of us who support free trade yet who spend no time endorsing (or even pondering) various options for the government to help workers adjust to changing trade patterns are thought to have hearts of ice or, at the very least, to be impractical dreamers who want free trade’s benefits without the responsibility of sharing free trade’s costs.

Yet my heart isn’t cold. For at least four reasons, a policy of not giving government assistance to workers who lose jobs to imports is not only economically warranted, it is also ethical.

Who Exactly Is “We?”

The “we” that most people have in mind when they ask “How can we help workers?” is the government. But why assume that any such assistance – for example, unemployment insurance, job retraining, job-search help, and philanthropy – must be supplied by the state? Do not many individuals have the wealth, wisdom, and wherewithal to create, fund, and administer private responses to help workers who are unemployed?

International Trade Is Not Unique at ‘Destroying’ Particular Jobs

Discussions of helping displaced workers rarely feature proposals to ease the creation and expansion of businesses – and, hence, ease the creation of new jobs. A great way to help laid-off workers more quickly transition to new jobs is to eliminate, or at least reduce, occupational licensing. Ditto for reducing taxes, regulations, and zoning restrictions – many of which discourage entrepreneurs from starting new firms and from expanding existing ones. While much ‘worker transitioning’ involves workers moving to where jobs are, much of it also involves – and could involve even more – businesses and jobs moving to where available workers are. (Here’s one of my favorite real-world examples.)

Workers are Not Irrational or Short-sighted

Too many discussions of worker-transition issues proceed not only as if workers, once laid off, are far more passive than most workers are likely to be in reality, but also as if workers are unnaturally passive when making employment decisions in the first place. That is, not only do most workers, once laid off, actively seek new employment opportunities (especially if they have no access to charity or to unemployment insurance), but most workers, when considering employment options, prospectively take into account some estimated risks of job loss versus pay.

Put differently, too many discussions of worker-transition issues treat worker layoffs as if these events come as complete surprises to workers – workers who are implicitly assumed to have not anticipated some probability of being laid off.

But this treatment of worker-transition issues is naive. While workers, being human, are neither omniscient nor immune to error, they aren’t as passive, uninformed, myopic, and naive as the typical treatment of worker-transition issues assumes them to be. How many are the workers who truly believe that, once they land good jobs, their chances of being laid off are so close to zero that these chances can be safely ignored? Surely not many. (If you answer “many,” then you have a far too pessimistic opinion of your fellow human beings.) Workers can save in anticipation of possible job losses.

In addition to the possibility of saving in anticipation of possible job losses – that is, for stretches of those “rainy days” that we’ve been warned of since childhood – most workers today have a range of choices of jobs, with these jobs differing in the prospects they contain for their holders being laid off because of foreign competition. And even if not all workers are aware that, say, jobs in steel mills are more likely to be destroyed by trade than are jobs, say, in aviation maintenance, if only some workers become aware of this fact – or suspect it with sufficient seriousness – the supply of labor for steel mills will fall relative to the supply of labor for aviation maintenance. One result will be a rise in the wages paid to steel workers relative to the wages paid to aviation-maintenance workers. These higher wages for steel workers compensate them for their greater likelihood, compared to that of aviation-maintenance workers, of losing their jobs to imports.

In short, the market has a built-in adjustment mechanism that at least partially compensates workers ahead of time for holding jobs that are at unusually high risk of being destroyed by imports. Because this ‘compensating differential’ operates in labor markets, when the government gives special assistance to workers who are laid off because of imports, one result is that these workers wind up being overcompensated.

But the economic consequences extend further. Such special assistance eventually attracts into these ‘at risk’ jobs more workers than would otherwise be attracted into those jobs. As a consequence, the wages for these ‘at risk’ jobs fall, thus wiping out the compensating differentials in the wages of steel workers relative to the wages of aviation-maintenance workers. The final result is an imposition – an “externalizing” – on taxpayers of part of the cost of owning and operating steel mills. I can see no reason why a high likelihood of facing vigorous competition from imports should entitle a business to government subsidies.

Too much of the discussion about job destruction and worker transition rests on the questionable assumption that all actors in markets, including workers, are either myopic or quite unintelligent (or both).

When analyzed carefully, the case for government assistance to help workers who lose jobs to imports is revealed as being quite weak.

This article, Should We Help Workers Who Lose Jobs to Imports?, was originally published by the American Institute for Economic Research and appears here with permission. Please support their efforts.