Shadow of the State or Sunshine of Civil Society 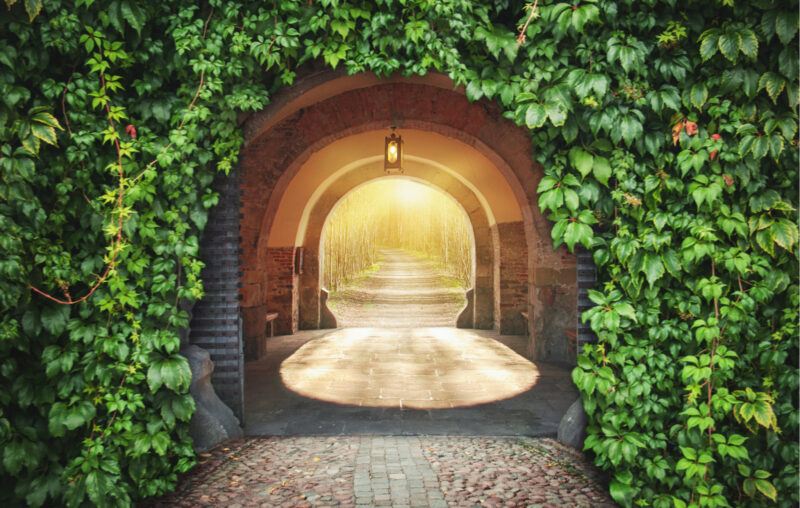 Why do we do the “right thing?” Why do we treat others with fairness and honesty?

Consider for a moment the common example of a used car sale. In this scenario we have a situation that involves what George Akerlof called “the lemons problem,” which is rooted in the presence of asymmetric information between two parties in an exchange. The seller of the automobile knows much more about the flaws of the vehicle than the buyer, and it is difficult (costly) for the buyer to obtain reliable information about its condition. The seller has an incentive to shine up the exterior of the car to make it look better and misrepresent its true condition so as to sell it for a higher price. If this occurs, the buyer ends up buying a “lemon” – a defective car that is much less valuable than the buyer would have purchased had all information about the auto been known.

The lemons problem is a difficult one for the smooth functioning of markets and, hence, prosperity. If everybody expects that everybody else will cheat them in any given interaction based upon their superior information, no one will want to interact. Indeed, one of the implications of Akerlof’s 1970 paper is that all buyers should be suspicious of used car salespeople, anticipating that every vehicle on the lot is a “lemon,” and hence never buy used cars.

But used cars are sold. Why?

Akerlof briefly suggested several “counteracting institutions” that might correct the lack of trust between buyer and seller including warranty offers, brand names, and licensing. Another solution is for government to create laws that protect consumers from nefarious used car dealers and allow buyers to get their money back if a car (or any other item) fails to live up to promised expectations within a given period of time. We even call such things “lemon laws.”

But the existence and convoluted nature of lemon laws produce their own “asymmetric information problem” wherein it is hard for the consumer to know what these regulations are and how to invoke them. Unscrupulous sellers might fail to inform buyers of these protections or hide them in the ever-increasing fine print of purchasing contracts. (How many of us actually have read, in detail, all of those lengthy “terms of service” that we are asked to sign or click?) Without accurate knowledge of these laws, consumers would seem to be in the same place as they started – can we trust the seller to treat us fairly?

But again, used cars are sold. Why?

One explanation for this may relate to what is called “the long shadow of the state.” Even though the consumer protection laws that are on the books may be difficult to access and understand for the typical consumer (and possibly seller), their mere existence and possibility of being invoked by any given consumer provides enough of a potential threat to motivate the seller to act honestly.

The concept of the “shadow of the state” may be important for understanding why people behave well towards one another. While it is impossible for any individual to know all of the laws, regulations, and ordinances that are increasingly imposed upon them, the vague knowledge that there is some set of state-enforced rules that could be used to punish them prompts people to play nice. We cooperate out of fear of punishment.

Unfortunately, this long shadow incentivizes an even longer and darker shadow. If the long shadow of the state works well in one area (e.g., used car sales), why not just grow Leviathan bigger to cast an even bigger shadow? The outcome is a gradual (sometimes rapid) increase in the surveillance state that moves us closer to a dystopian authoritarianism (as if there were any other form of authoritarianism); a population that can be “shadowed” into behaving nicely, can be shaped to behave in ways that suit the desire of any malevolent ruling class or interest group that captures the state. This includes both Baptists and bootleggers.

But is there an alternative to the long shadow of the state? Yes! That alternative is civil society and it has a long history of governing human relations. We form voluntary clubs. We live in communities. Sometimes these associations develop formal bylaws that govern our behavior, but they also include “unstated rules” amongst friends and infrequent acquaintances. Most importantly, civil society involves its participants in the creation, propagation, and maintenance of the daily rules we live by, and in doing so creates a shared culture that helps bring cooperation, coordination, and peace.

A large part of this civil society involves the cultural values, norms, customs, and rituals that guide our daily lives. We are often unaware of the important role that they play as these norms and customs provide us “unthinking” rules of thumb regarding how to behave in various situations. They simplify our decision-making costs when it comes to interacting with other individuals and aides in building trust across individuals who may know little about one another.

Think about all the “little” public rituals that we participate in society – from Christmas caroling to Fourth of July parades to trick-or-treating on Halloween. Also consider the etiquette we are taught by our parents and peers that we practice every day. We queue up orderly in line, we give up our bus seats to elderly and infirm persons, and we hold open doors for one another and greet each other with a pleasant smile. Our active engagement in civil society – be it in public rituals or daily niceties – indicates that we want to be part of a community that trusts one another and gets along well.

None of these rituals and manners are legislated; they are practiced outside of the shadow of the state. The sunshine of civil society makes us behave well. Oh, we may worry about a dent in our reputation if we skip the queue or refuse to give up our seat, but much of the etiquette we practice comes from a sense of joyous duty to our fellow humans. Civil society teaches us to be kind, to cooperate, and behave well.

Pause a moment and think about how much of your daily actions are determined not by laws on the book that you may not even know exist, but rather your cultural upbringing.

Now return to our example of the used car dealer. Do we buy a used car with confidence because we know the long shadow of the state will bring the law to bear upon him if he sells us a lemon? Or do we walk onto the lot knowing that the dealer probably belongs to the local Rotary Club, coaches Little League, sponsors a community 5K fun run, or waits his turn in line at the ice cream store? If you answered yes to the former question, you are likely a lawyer or politician. If you answer yes to the latter, you are likely a regular human being.

All of this is important in that we are often too quick to pull the trigger on government regulation whenever we suspect a problem exists. It is important to first ask what civil society can do (or is doing) to mitigate that problem before deferring to the coercive shadowy state.

None of this is to say that civil society is immune from casting dark shadows of its own. Excessive shaming used to enforce changing or developing norms can decay trust, as we have seen with the ugly underbelly of social media in recent years. Such behavior becomes worse when it seeks the backing of legislation and policing. But when properly cultivated and practiced with the understanding that voluntary cooperation is better than vitriolic coercion, civil society promises rays of sunshine that keeps us out of the shadows.

(For additional reading, consult Robert Ellickson’s Order without Law. In this delightful book, Ellickson recounts how rural folks in Shasta County, CA negotiated property disputes even when nobody knew what the actual laws governing land use were, including the authorities in charge of enforcing the law!)

This article, Shadow of the State or Sunshine of Civil Society, was originally published by the American Institute for Economic Research and appears here with permission. Please support their efforts.

The Deep Seabed Is China's Next Target

Despite Inflation Turmoil, Border Crisis, Biden and Harris Hit the Road to Campaign for Democrats