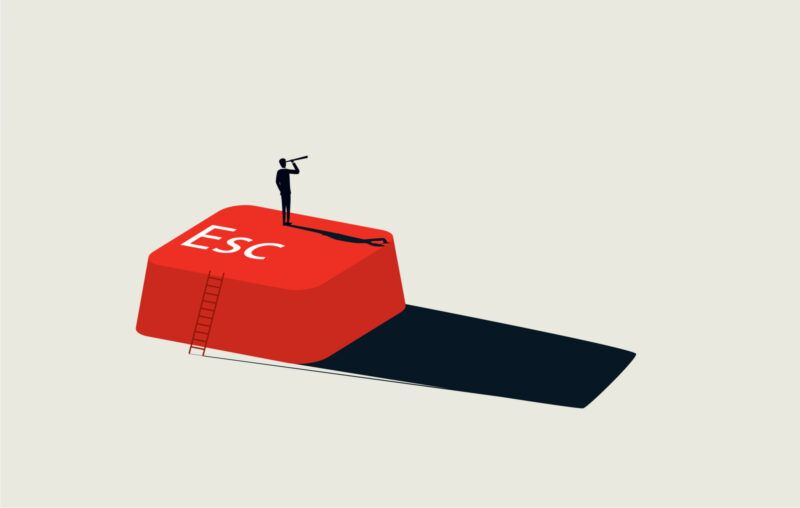 Lots of people agree America is poorly governed. Few people agree what it means for America to be well-governed.

If you’re on the left, you probably think we need bold policies to promote social equality and fight climate change. Furthermore, Congress should grant federal administrative agencies a wide berth to pursue these goals, which by their nature require judgment calls by experts. If you’re on the right, you’re probably committed to stemming illegal immigration and promoting election integrity. My guess is you also think the President should exercise more direct control over the Executive Branch in pursuing these objectives.

But it’s not just that right and left share different concerns. Each side seems committed to the belief that the other side’s concerns are at best small potatoes, and at worst completely illegitimate. The left thinks immigration crackdowns are racist and tyrannical. The right thinks climate change is a giant grift. In general, if I know your view on a hot-button issue, I can predict your positions on other issues. But there is often no clear link between these issues. Or rather, the link is found in the needs of the political coalition, not the merits of the policy.

Another curious fact: there are many governance questions that seem really important, yet neither the left nor the right cares about them. For example, the annual Social Security and Medicare Trustees reports contained some alarming news: Medicare’s hospital trust fund doesn’t look like it will last past 2026, and Social Security’s past 2034. Whether one supports these entitlements or not, impending solvency in their supporting funds is a pretty big deal. More broadly, the magnitude of unfunded liabilities puts Uncle Sam somewhere between $50 trillion and $220 trillion in the red. For comparison, the GDP of the world is roughly $90 trillion. That’s a big financing gap! You’d think this would be an obvious candidate for bipartisan cooperation. Instead, with the exception of a few cranky fiscal wonks, crickets.

All of this makes sense once you realize that we interpret what it means to be well-governed, or poorly governed, ideologically. The definition of “ideology” is hotly contested in debates about intellectual history. I don’t want to open that can of worms, so I’ll discuss it informally. By “ideology” I mean “moral worldview.” Conservatism (relax, Burkeans!) and progressivism are both ideologies in this sense. Ideology is by no means a bad thing. In fact, we can’t do without it. How else are we to form initial impressions about policies that affect hundreds of millions of people? Everyone needs an interpretive framework, and the more abstract the claim, the more important the framework becomes. Perhaps you’re such a stickler for evidence-based beliefs that you think nobody should have an opinion about policy unless they have sufficient “epistemic warrant.” Good luck with that.

So ideological thinking is inevitable, and sometimes even desirable. Nevertheless, there are serious problems with thinking ideologically about good governance. A major one is that ideologies compete on margins other than, and sometimes unrelated to, truth. Of course, we all think our ideologies are true, or else we wouldn’t hold them. But against peoples’ desire to believe true things is the sociological force of ideologies as a group-coordination mechanism. Ideologies are held by people; people interact within institutions; institutions reward and promote some behaviors while punishing and discouraging others. This is most obvious in the case of political ideologies, which grow and develop in concert with power.

Consider the economics profession. In a short period of time, economists went from being classically liberal democrats to progressive technocrats. What happened? Exposure to power. The growth of government’s scale and scope in the late 19th and early 20th centuries created a new demand for economic expertise. As a result, economists’ toolkit became increasingly amenable to social control. Economists shifted from amateur gentlemen-scholars to professional “researchers.” To paraphrase one of my graduate school mentors, economists ceased viewing themselves as “students of society” and embraced their new role as “saviors of society.”

We can’t view the world without a worldview. There’s no neutral vantage point from which we can access Truth unmediated or uninterpreted. The best we can do is take a step back and try to reason from an alternative perspective.

My preferred perspective was developed by James Buchanan, the 1986 Nobel laureate in Economics. To Buchanan, good governance meant governance that is protective and productive, but not predatory. We want rules for defining and enforcing property rights; we want rules that enable beneficial collective action, like draining a swamp or organizing a military; we don’t want rules that allow some groups to plunder others. This is a common-sense way of thinking about good governance, and its simplicity belies its profundity.

But wait. How do we decide whether governance is protective and productive? Who gets to determine what counts as predatory? Enforcing an investment banker’s property rights seems protective to many on the right but predatory to many on the left. One way to settle disputes is voice: ask people and let them vote on it. But now we’re back in conventional politics with its attendant coalitions and ideologies. After all, most voters don’t have any direct experience with large-scale public policy. There’s no robust feedback mechanism between cost and choice at the polling booth.

Another way is exit, sometimes called “voting with your feet.” Tens of thousands, if not hundreds of thousands, of Afghan citizens are currently trying to get out of Afghanistan and into the United States. That tells us something. Even within the United States, people move from places with less preferred governance rules to more preferred governance rules. Compare the price of picking up a U-Haul in Los Angeles and dropping it off in Dallas to the price of the reverse trip. That also tells us something.

Thinking about good governance in terms of exit is the political analogue to what economists call “revealed preference.” Watch what people do, not what they say. Talk is cheap. Voting is cheap. Moving is costly.

Unfortunately, exit can only do so much. Moving from Los Angeles to Dallas can help you avoid bad policy made in Sacramento, but not Washington, DC. And just because voice is a blunt instrument doesn’t mean we should discount it completely. The problem isn’t voting per se, but voting without skin in the game. The trick is finding the right mix of voice and exit to ensure the political process generates reliable feedback to distinguish protective and productive governance from predatory governance.

This article, Searching for Good Governance, was originally published by the American Institute for Economic Research and appears here with permission. Please support their efforts.