Sanctions Against South Africa and the Cuban Embargo 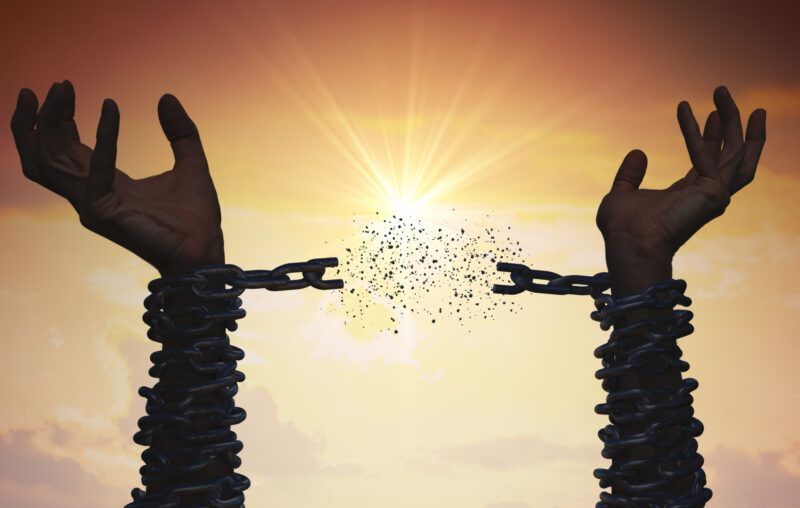 The protests in Cuba have shined new light on communism’s failures and sparked a new discussion about the US embargo. Activists and politicians on the left are dead wrong when they blame the embargo for Cuban poverty. They are absolutely right, however, when they call for an end to the embargo. We can see an important part of the case against the embargo by looking at another effort to fight evil with international economic sanctions: the decline and fall of apartheid in South Africa, which the economists Anton D. Lowenberg and William H. Kaempfer explained in their 1998 book The Origins and Demise of South African Apartheid: A Public Choice Analysis.

Apartheid mixed nationalism, racism, socialism, and mercantilism into a system of racial oppression that was difficult to dislodge but that, like communism in the Soviet Union, owes a lot of its collapse to its own economic inefficiency. A flurry of legislation restricting markets in land and labor created a “colour bar” that reserved skilled jobs and high wages for white workers while relegating black workers to low-skill, low-wage jobs. Lowenberg and Kaempfer (and Christopher Lingle) describe it as “racial socialism” and “clearly an anticapitalist movement” (p. 3). They note, however, that “(a)s more and more Afrikaners acquired human and physical capital, they either joined the ranks of the liberal anti-apartheid opposition or remained in the National Party but tempered its enthusiasm for adherence to apartheid policies.”

In the 1970s, the international community hit South Africa with oil embargoes. In the mid-1980s, they followed with trade sanctions and divestment pressure. Lowenberg and Kaempfer show that countries’ policies toward South Africa were attuned to domestic special interests more than they were calculated to afflict the comfortable (apartheid’s perpetrators) and comfort the afflicted (apartheid’s victims). They also show that the companies divesting from South Africa were those that had scored the best on measures of corporate social responsibility. The divestment campaign, therefore, hurt South African workers but created windfall gains to South Africans who were able to buy assets from the divestors at fire-sale prices. Perversely, anti-apartheid sanctions might have actually strengthened the apartheid government.

In a 1999 paper that appeared in the American Economic Review “Papers and Proceedings” issue, Philip I. Levy made an argument broadly consistent with what Lowenberg and Kaempfer found. While Nelson Mandela (who, incidentally, would have celebrated his 103rd birthday on Sunday, July 18), Desmond Tutu, and others attributed the collapse of apartheid to the sanctions, Levy (and Lowenberg and Kaempfer) attributed the demise of apartheid to its own inefficiencies, domestic political opposition to apartheid, and the collapse of the Soviet Union.

Apartheid itself misallocated capital and labor in order to elevate white workers relative to black workers. White workers accumulated physical and human capital while blacks were systematically held down, and this ultimately led to a mismatch between the amount of labor firms wanted to hire and the amount of labor whites were able to supply in restricted occupations. Apartheid’s disadvantages came into sharper focus, and firms were able to lobby successfully for relaxed color bars.

Political opposition to apartheid grew when the costs became more explicit. Apartheid, as it happens, was very expensive. First, it distorted labor and capital allocation and institutionalized inefficiency. Second, apartheid required a large bureaucracy with a lot of costly redundancies like separate administrative agencies for each ethnicity. Third, rising taxes to pay for all of this created political pressure to get rid of racial discrimination in the civil service. People weren’t necessarily more enlightened: they just saw that ending preferential hiring and treatment for whites and opening opportunities to lower-wage black labor would reduce some of the fiscal pressure. People were less willing to squander the country’s treasure to prop up racist institutions when it became clear just how expensive they were.

Finally, the Berlin Wall came down in 1989, and Lowenberg and Kaempfer describe this as “probably the most immediate cause of the legalization of the ANC and release of Nelson Mandela in 1990” (p. 217). The crumbling Wall and tearing Iron Curtain convinced the Afrikaner National Party government–which “saw the ANC as a party of godless communists, ready to take their country into the communist bloc,” according to Levy (pp. 419-420)–that they were no longer threatened by the prospect of a Soviet-backed ANC takeover. In light of the new geopolitical reality, compromise became more imperative for the ANC. Both the National Party and the ANC realized that they could obstruct or hurt one another; however, neither could decisively defeat the other. Negotiation became more “palatable,” as Levy put it (p. 420).

The sanctions undoubtedly had psychological and moral effects, just like the US embargo on Cuba. Neither Levy nor Lowenberg and Kaempfer–or any followup literature I’ve been able to find–thinks these effects have as much explanatory power as apartheid’s inefficiency, growing internal political opposition, and the fall of the Soviet Union. Levy summarizes his analysis: “This should cast serious doubt on the applicability of the South African case as a model for further trade sanctions.” Just as economic sanctions didn’t bring down South African apartheid, the US embargo won’t bring down Cuban communism.

This article is drawn from research I’m doing for a book with Phillip W. Magness and Ilia Murtazashvili on the economist W.H. Hutt’s constitutional political economy and critique of apartheid as well as an article I’m writing with Christopher Lingle on apartheid for the Edward Elgar Encyclopedia of Public Choice.

This article, Sanctions Against South Africa and the Cuban Embargo, was originally published by the American Institute for Economic Research and appears here with permission. Please support their efforts.