Russia Closes Gulag Memorial, but Communist Oppression Must Not Be Forgotten 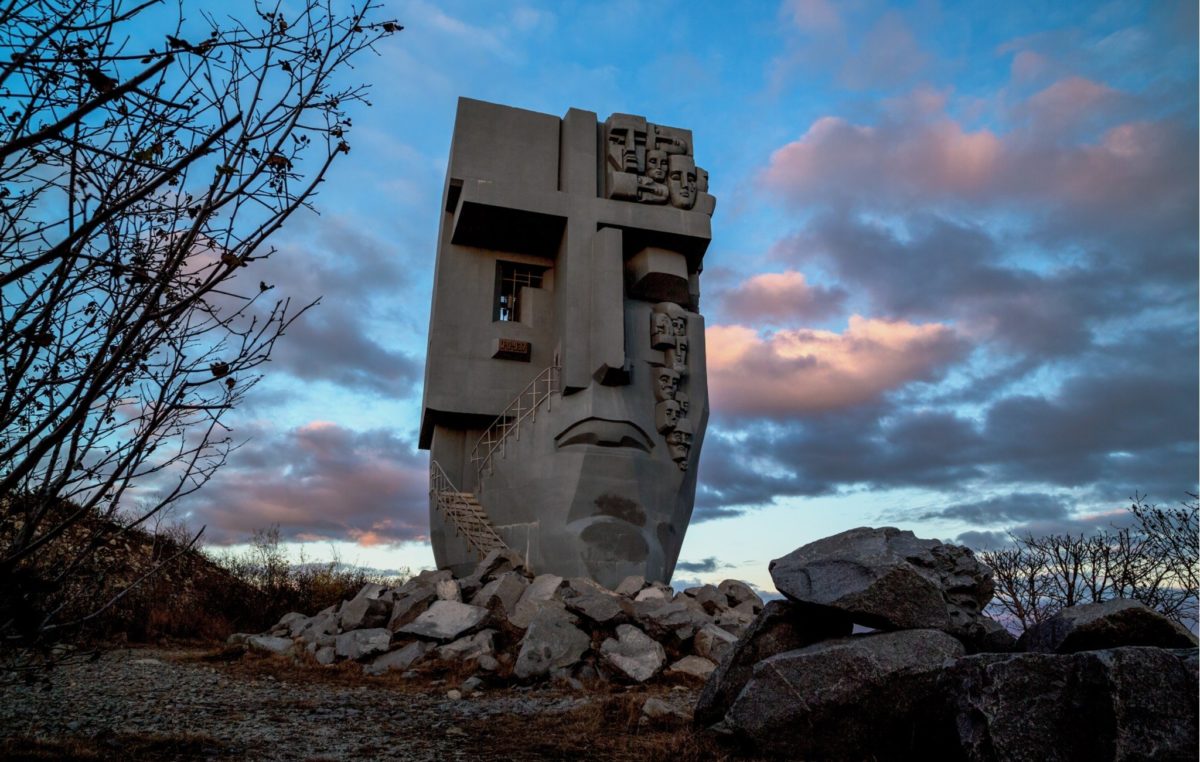 Shortly after Christmas a Russian court ordered the liquidation of Memorial International, an organization founded by Soviet dissident Andrei Sakharov to commemorate those who suffered in the vast Gulag created by infamous dictator Joseph Stalin. The organization was prosecuted under the “foreign agent” law that has been used against other human rights and media organizations.

Although Russia’s Vladimir Putin has acknowledged the horrors of repression in the Union of Soviet Socialist Republics, he prefers to control the narrative. The Memorial was also attacked for being involved in more recent controversies challenging Moscow directly. (Oddly, though critical of the group, Putin called it “reputable.”)

The closure of Memorial will leave a huge gap for its supporters to attempt to fill. Freedom advocates in the West should also help ensure that the horrors of communism are not forgotten, especially since so many people are too young to remember the reality of what Ronald Reagan called the Evil Empire. What kind of system walls its own people in? One wicked and immoral, malevolent and malignant.

Ironically, the Memorial’s judicial murder occurred shortly after a related birthday. On December 18, 1878, an unremarkable family welcomed into the world Joseph Vissarionovich Stalin, the man who made and filled what Alexander Solzhenitsyn detailed in his magisterial three-volume The Gulag Archipelago.

Stalin’s family, led by a sadly unsuccessful shoemaker, lived in Gori, a distant city in the Russian Empire, now the independent country of Georgia. Young Joseph attended seminary, became an atheist and political activist, ended up as a leading revolutionary, and, after the death of Vladimir Ilyich Lenin, ousted, then tried and murdered, the other Bolshevik leaders who had made the USSR alongside him.

He did much to turn the ramshackle Russian Empire under the hapless, uninspiring Tsar into a superpower which ruled over or otherwise influenced much of the planet. Among his most notable “accomplishments” was rapid industrialization, built upon the coercive collectivization of agriculture, which resulted in mass starvation in the Great Famine, or Holodomor, which devastated Ukraine, as well as parts of the Caucasus, Kazakhstan, and the Volga region.

Even more uniquely his was the Great Purge, or Great Terror. It was understandable, in a totalitarian system, that veiled criticism of Stalin in a letter would land Solzhenitsyn in the Gulag—for eight years, the usual sentence for such an offense—followed by internal exile. However, Stalin mercilessly turned state terror on the most dedicated communists, many his devoted followers.

The Soviet archives preserve pages of names of those marked for liquidation by the secret police, people who meant nothing to the infamous Man of Steel as he signed away their lives. Approving the execution of page after page of purported enemies and traitors failed to slake his paranoia or satisfy his will to power.

The Great Terror represented karma at its brutal best. Stalin brilliantly and ruthlessly dispatched his old colleagues, Leon Trotsky, Lev Kamenev, Grigory Zinoviev, and Nikolai Bukharin, as well as many other former top Soviet officials. All were innocent of the lurid charges made against them, but together had waged the horrific civil war and created the barbaric Soviet state. The blood of their victims watered the USSR’s landscape red. Their confessions were works of comedic art, as the onetime Bolshevik giants suffered alongside the mundane masses when interrogated, tortured, tried, and executed.

Millions of more faceless and nameless apparatchiks followed, the communist drones who had been tasked with building the new Soviet state and enforcing its dictates. Those hunting on behalf of the party soon became the prey, with the cycle repeating, again and again. There were always more spies and enemies, determined to wreck the people’s paradise, who had to be found and dispatched. Their fate was always the same. Yet many party members remained loyalists despite being punished for fantastic faux crimes.

The insanity of the Great Terror, which at least remained more civilized than Mao Zedong’s subsequent Great Proletarian Cultural Revolution, in which frenzied mobs often did the torturing and murdering, was epitomized by the infamous show trials, at which onetime top Bolsheviks confessed to the most astounding outrages against the Soviet people. Of course, most of those arrested endured a much simpler, though brutal, bureaucratic adjudication. Many were killed. The “lucky ones” cycled through the Gulag—at its height made up of 53 camps and hundreds of “labor colonies,” a less restrictive form of punishment. Nikita Khrushchev, Stalin’s successor, eventually closed the system.

Some 18 million people ended up in the Gulag, with a death rate of about nine percent, or 1,600,000 perishing. The number of people killed in the Great Terror has occasioned more disagreement. Robert Conquest, author of The Great Terror, subsequently updated as material was released after the USSR’s collapse, wrote: “Exact numbers may never be known with complete certainty, but the total of deaths caused by the whole range of Soviet regime’s terrors can hardly be lower than some fifteen million.”

There were many other victims of Stalin and the USSR. For the Man of Steel control was everything. After grabbing his share of Poland as part of the Nazi-Soviet non-aggression pact, in April and May 1940 Moscow infamously murdered roughly 22,000 Polish soldiers and other leaders—government officials, intelligentsia, landowners, police, professionals—in Katyn Forest and the Kalinin and Kharkiv prisons. The USSR blamed Nazi Germany and Moscow’s new allies in the West looked the other way. Under Mikhail Gorbachev the Soviet Union admitted to committing the crime.

Stalin’s paranoia also colored his view of entire peoples. He began small, in the thousands and tens of thousands, by deporting Finns and Poles to the USSR’s vast interior, Siberia, and Far East. Then went Koreans and more Poles, after the Hitler-Stalin agreement, by the hundreds of thousands. So too went residents of Estonia, Latvia, and Lithuania, also newly incorporated into the Soviet Union, and more Finns.

In the midst of World War II mass deportations of allegedly disloyal peoples burgeoned—Karachays, Chechens, Ingush, and Balkars from the Caucasus. Kalmyks and Germans, nearly a half million of the latter, from the Volga. Tatars and others from Crimea. Turkic speakers from Georgia. After the war concluded tens and hundreds of thousands more were deported from Armenia, the Baltic States, Caucasus, Georgia, and Moldova. After Stalin’s death most, though not Volga Germans and Crimean Tatars, were rehabilitated and allowed to return home, sadly scant recompense for their earlier brutal removal.

Stalin treated Soviet POWs—who had been forbidden to surrender—as collaborators or traitors. After their release from German prison camps at the end of World War II upwards of two million passed through “filtration camps” for screening and more than 200,000 ended up in the Gulag. About 1.5 million German POWs were retained in forced labor after the war’s end, with the final few prisoners not returning home until 1956.

The horrors of the Soviet Union seem almost endless. Under Gorbachev, Alexander Yakovlev chaired the Commission for the Rehabilitation of Victims of Political Repressions. He observed that “about 32 million people became victims of political repressions, including 13 million during” the civil war.

Only because of Stalin’s death did the worst abuses finally end. Stalin died on March 5, 1953. His paranoia remained as he aged and he apparently was preparing to launch another purge. He began earlier campaigns by replacing, with extreme prejudice, his secret police chief. So long-serving Lavrentiy Beria, who committed mass purges, handled the Katyn murders, disappeared millions into the Gulag, and managed mass deportation for Stalin, may have suspected an ill fate awaited him and poisoned the Bolshevik who until then had outlasted them all, though conclusive proof eludes us.

Not that Beria’s action, if true, gained him much. He was the dominant and most powerful of Stalin’s lieutenants, so his colleagues ganged up on him, soon holding a private show trial and executing him. Ironically, Beria appeared ready to end the Cold War; had he succeeded Stalin, the USSR might have radically liberalized three decades earlier.

Still, Stalin’s successors did curb the worst excesses of his system. They stopped jailing and killing one another. Personality cults abated. Still an evil empire, but no longer one beyond human imagination.

All this is what the Memorial International was created to ensure is not forgotten. Thankfully, the Memorial’s prior work cannot be erased. Moreover, Gorbachev did much to address the Soviet Union’s crimes. Yakovlev commented on what he had discovered: “To descend step by step down seventy years of Bolshevik rule into a dungeon strewn with human bones and reeking of dried blood is to see your faith in humankind dissolve. … More and more bloodstained documents pile up on my desk. … Nothing I have ever read comes close to the horror of these semiliterate compositions of the secret police and these covert denunciations of informants, or ‘well-wishers’.”

Let us honor the Memorial International and its brave supporters. They helped force the rest of us to remember the evil that never seems to lurk far from men’s and women’s hearts.

This article, Russia Closes Gulag Memorial, but Communist Oppression Must Not Be Forgotten, was originally published by the American Institute for Economic Research and appears here with permission. Please support their efforts.