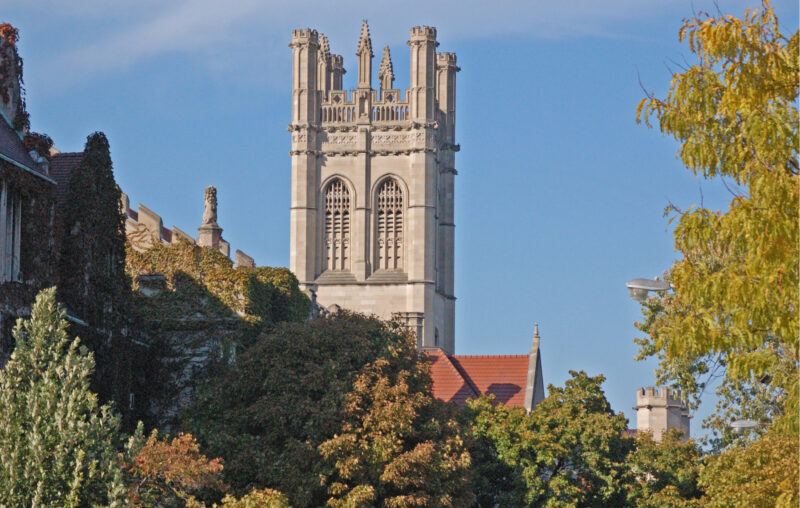 The year 2021 marks the 100th anniversary of Frank Knight’s great book, Risk, Uncertainty and Profit (RU&P), which established uncertainty as a fundamental idea in economics and finance, and as a key to understanding enterprise, entrepreneurship, cycles of booms and busts, and economic growth. Viewed from the present, it also explains why faith in economic management by central banks will be disappointed, and why any idea that economies or financial markets are governed by “mechanisms” is deluded. Its ideas open the way to seeing that economies and financial markets are a different kind of reality than are machines, and thus why the econometric equations that seem so plausible in some times, at other times fail.

Knight lived from 1885 to 1972; RU&P was published in 1921 when he was 35. Although he subsequently had a long and distinguished career at the University of Chicago, where he influenced numerous future economists including Milton Friedman, RU&P is far and away his magnum opus, a book that “ended up changing the course of economic theory” and established Knight “in the pantheon of economic thinkers.” It might also be called “the most cited economics book you have never read.” Indeed, it is long, complex, and often difficult, but contains brilliant insights which do not go out of date. We may enjoy the irony that it arose from a contest by the publishers in 1917 in which its original text won second, not first, prize.

RU&P is most and justifiably famous for its critical distinction between Uncertainty and Risk, with the term “Knightian Uncertainty” immortalizing the author, at least among those of us who have thought about it. Although in common language, then and now, “It’s uncertain” or “It’s risky” might be taken to mean more or less the same thing, in Knight’s clarified concepts, they are not only not the same, but are utterly different, with vast consequences.

Knight set out to address, as he wrote in RU&P, “a confusion of ideas which goes down deep into the foundations of our thinking. The key to the whole tangle will be found to lie in the notion of risk or uncertainty and the ambiguities concealed therein.” So “the answer is to be found in a thorough examination and criticism of the concept of uncertainty, and its bearings upon economic processes.”

“But,” Knight continued, “Uncertainty must be taken in a sense radically distinct from the familiar notion of Risk, from which it has never been properly separated”—until RU&P in 1921, of course. They are “two things which, functionally at least, in their causal relations to the phenomena of economic organization, are categorically different.”

Another way of saying this is that for a measurable risk, you can know the odds of outcomes, although you don’t know exactly what will happen in any given case. With uncertainty, you do not even know the odds, and more importantly, you cannot know the odds.

With risk, by knowing the odds in this fashion, and knowing how much money is being risked, you can rationally write insurance for bearing the risk when it is spread over a large number of participants. It may take specialized skill and a lot of data, but you can always in principle calculate a fair price for insuring the risk over time, and the ones taking the risk can accordingly buy insurance from you at a fair price, solving their risk problem.

Faced with uncertainty, however, you cannot rationally write the insurance, and the uncertainty bearers cannot buy sound insurance from you, because nobody knows or can know the odds. Therefore, they do not and cannot know the fair price for bearing the uncertainty.

In short, an essential result of Knight’s logic is that risk is in principle insurable, but uncertainty is not.

Of course, you might convince yourself that the uncertainty is really risk and then estimate the odds from the past and make calculations, including complicated and sophisticated calculations, manipulating your guesses about the odds. There is often a strong temptation to do this. It helps a lot in selling securities, for example, or in making subprime loans. You can build models using the estimated odds, creating complicated series of linked probabilities for surviving various stress tests and for calculating the required prices.

Your analysts will certainly solve the mathematical equations in the models properly; however, under uncertainty, the question is not doing the math correctly, but the relationship of the math to the unknown and unknowable future reality. In the uncertainty case, your models will one day fail, because in fact you cannot know the odds, no matter how many models you run. The same is true of a central bank, say the Federal Reserve, running a complex model of the whole economy and employing scores of economists. Under uncertainty, it may, for example, in spite of all its sophisticated efforts, forecast low inflation when what really is about to happen is very high inflation—just as in 2021.

There is no one to ensure against the mistake of thinking Uncertainty is Risk.

In a theoretical world of perfect competition, prices, including the price for insuring Risk, would adjust so that revenues always would equal cost. That means in a competitive world in which the future risks are insurable, there should be no profit. We obviously observe large profits in many cases, especially those earned by successful entrepreneurs. Knight concludes that in a competitive economy, Uncertainty, but not Risk, can give rise to Profit.

It is “vital to contrast profit with payment for risk-taking,” he wrote. “The ‘risk’ which gives rise to profit is an uncertainty which cannot be evaluated, connected with a situation such that there is no possibility of grouping on any objective basis,” and “the only ‘risk’ which leads to a profit is a unique uncertainty resulting from an exercise of ultimate responsibility which in its very nature cannot be insured.” Thus, “profit arises out of the inherent, absolute unpredictability of things, out of the sheer brute fact that the results of human activity cannot be anticipated…a probability calculation in regard to them is impossible and meaningless.” Loss also arises from the same brute fact, of course. We are again reminded that human activity is a different kind of reality than that of predictable physical systems.

Economic progress, or a rising standard of living for ordinary people, depends on creating and bearing Uncertainty, but this obviously also makes possible many mistakes. These include, we may add, the group mistakes which result in financial cycles. We don’t get the progress without the uncertainty or without mistakes. “The problem of management or control, being a correlate or implication of uncertainty, is in correspondingly large measure the problem of progress.” The paradox of economic progress is that there is no progress without Uncertainty, and no Uncertainty without mistakes.

To have Uncertainty, there must be change, for “in an absolutely unchanging world the future would be accurately foreknown.” But change per se does not create an unknowable future and Uncertainty. Change which follows a known law would be insurable; so “if the law of change is known…no profits can arise.” Profits in a competitive system can arise “only in so far as the changes and their consequences are unpredictable.”

It is the special function of the entrepreneur to generate unpredictable change and the economic profit or loss, progress or mistakes, that result from it. He takes the “ultimate responsibility” of bearing uncertainty in business.

Knight clearly enjoyed summing up “the main facts in the psychology of the case” of the entrepreneurs, when the uncertainties “do not relate to objective external probabilities, but to the value of the judgment and executive powers of the person taking the chance.” The entrepreneurs may have “an irrational confidence in their own good fortune, and that is doubly true when their personal prowess comes into the reckoning, when they are betting on themselves.” They are “the class of men of whom these things are most strikingly true; they are not the critical and hesitant individuals, but rather those with restless energy, buoyant optimism, and large faith in things generally and themselves in particular.” This suggests that a kind of irrational faith is required for progress.

A former student of philosophy, Knight always was a very philosophical economist. On the last page of RU&P comes this true perspective on it all: “The fundamental fact about society as a going concern is that it is made of individuals who are born and die and give place to others; and the fundamental fact about modern civilization is that it is dependent upon the utilization of three great accumulating funds of inheritance from the past, material goods and appliances, knowledge and skill, and morale. . . . Life must in some manner be carried forward to new individuals born devoid of all these things as older individuals pass out.” We need to be reminded of this as we in turn strive to increase the great funds of inheritance for those who will carry on into the ever-uncertain future.

For it is as true now and going forward as when RU&P was published one hundred years ago that, as Knight wrote, “Uncertainty is one of the fundamental facts of life.”

This article, Risk, Uncertainty and Profit 100 Years Later, was originally published by the American Institute for Economic Research and appears here with permission. Please support their efforts.