Review of The Sovereign Consumer: A New Intellectual History of Neoliberalism 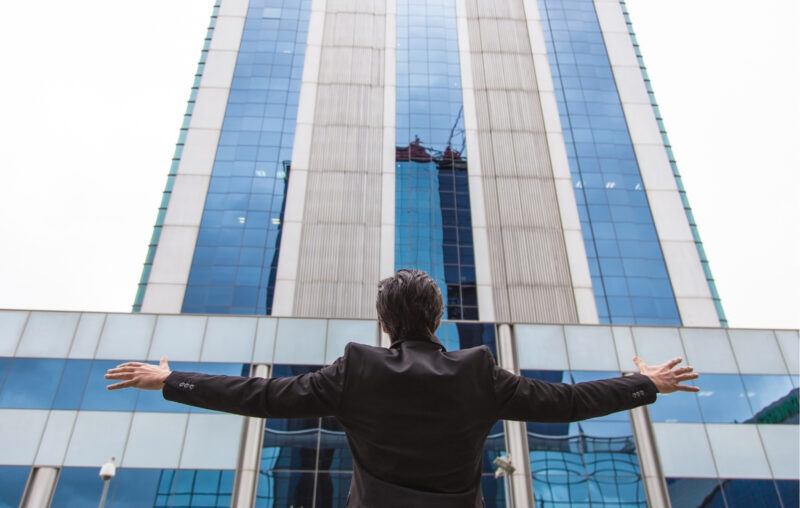 “Neoliberalism” is one of those words that gets thrown around in academic circles without a precise definition, and in left-wing circles it is rarely a compliment. Niklas Olsen steps into this politically charged gap with a more defensible contribution. The neoliberal paradigm, it seems, is one in which the state sets the rules of the free market game and then polices the institutions for incursions. It is an understanding of “neoliberalism” that at least makes sense.

Olsen explores neoliberalism’s roots in 19th- and early 20th-century political economy. Then he explores post-World War II Germany under the “ordoliberal” regime of Ludwig Erhard. Finally, Olsen does readers the favor of looking at neoliberal reform in the Scandinavian welfare states that allegedly demonstrate the promise and possibility of socialism.

He puts “the sovereign consumer” at the center of neoliberal theory and practice. Olsen argues that, rather than democratic deliberation, consumer choice is the essence of the neoliberal worldview. It is hard to see the problem here. Voluntary exchange is the market’s distinguishing feature, and everyone who enters into them does so because they expect to be better off. An involuntary exchange makes at least one person worse off. Inevitable mistakes aside, voluntary exchanges improve the lives of everyone with a right to be consulted.

The term “consumers’ sovereignty” gained currency with the publication of W.H. Hutt’s Economists and the Public in 1936, but it pervades work by Mises and others. Hutt wrote that as a consumer, every person is a sovereign. As a producer, every person is a subject. Consumers determined production’s “who, what, when, where, why, and how” by choosing what and what not to buy. Market choice, Olsen argues, has “discredited and replaced traditional meanings of democracy that emphasize public deliberation and majority voting as the primary sources of legitimacy in political decision-making.” Neoliberalism, in other words, enlists the state to protect voluntary exchanges from a majoritarian veto.

It is easy to read a book like this defensively in light of a steady stream of conspiracy theories in the New History of Capitalism literature. However, readers should resist: This is a serious effort to do serious work about a hotly-contested serious topic. While it is striking how all roads seem to lead back to the Mont Pelerin Society, which was Ground Zero for the Neoliberal Conspiracy, Olsen offers a useful treatment of the ideas and their provenance.

The case studies explaining how “consumer sovereignty” became the doctrine du jour and how the consumer became the star are the meat of the book. Olsen takes us through Ludwig Erhard’s Germany in the aftermath of World War II and during the ordoliberal mini-revolution that reestablished West Germany as an industrial and commercial powerhouse. Olsen next takes us on a tour of the late 20th century Chicago School of economics, exemplified by Milton Friedman and George Stigler. Then readers learn how the consumer evolved in the textbooks. Olsen explores how the consumer became the key player in 1970s Danish politics. The last chapter (before the epilogue) explains how center-left progressivism merged with neoliberalism. Bill Clinton in the United States and Tony Blair in Great Britain were the results.

Parts of the book are elusive. There are occasional references to “democratic norms” and “democratic values,” but I am unsure of exactly what those are. Do they value collective action for the sake of acting collectively? Moreover, postwar neoliberalism emerges alongside technical developments in economics. Friedrich Hayek explained how free markets assemble, integrate, and redeploy decentralized knowledge. Olsen discusses the implications of Kenneth Arrow’s impossibility theorem for neoliberalism, but he is silent on advances in general equilibrium theory and the “neoclassical synthesis.” The king of the neoliberal demons, Milton Friedman, owes his prominence to his winsome ways and practical libertarianism. However, his research on the quantity theory of money was also vindicated by (for example) the historical research he did with Anna Schwartz and the events of the 1970s. It is surprising how prescient Friedman was about what had to be done to end the 1970s inflation in the 1980 version of his PBS series Free to Choose.

Olsen mentions many criticisms of advertising but pays relatively little attention to advertising defenses. He gives Armen Alchian and William Allen’s “neoliberal textbook University Economics” some credit. However, Olsen’s book (and the criticisms of advertising more generally) would benefit from more engagement with economic arguments that it is not entirely crazy or deceptive for people to spend on advertising. Throughout the book, Olsen refers to “public deliberation” as a cornerstone of democracy, but what are advertising and the market process themselves if not unending public deliberation? Adam Smith argued that everyone is always practicing oratory on everybody else with their every decision. Drawing inspiration from Smith, Deirdre McCloskey and I build on her earlier work and show how bourgeois market rhetoric replaced aristocratic rhetoric and led to the Great Enrichment. Every advertisement is an exercise in deliberation: “Would you like to buy this product? It’s better than the leading brand.” An ad, of course, tries to put a product in as good a light as possible, but discerning consumers are good at seeing through Madison Avenue puffery and doing better research. Finally, if it were easy to manipulate people with advertisements, advertising would probably account for more than the 1.5-2 percent of GDP it currently represents.

As some work on W.H. Hutt led me to the book, I was keen to see how Olsen treats him. Unfortunately, he makes a mistake in a footnote suggesting that Hutt “emerged as an apartheid apologist” due to his proposal for a weighted franchise. Hutt was not an “apartheid apologist” but rather a strident critic, and he based his opposition to “one man, one vote” on concerns about the continuity of liberal institutions. It’s a simple mistake that only appears in a footnote, but it is an unfair and inaccurate portrayal of Hutt. I fear that future work might successfully but incorrectly tie Hutt to apartheid just like past work has successfully but incorrectly tied James M. Buchanan to Virginia’s “Massive Resistance” to school desegregation and Milton Friedman to human rights abuses in Chile under Augusto Pinochet.

Along similar lines, Olsen’s claim that the Great Recession was the product of neoliberal deregulation and overall neoliberal ideology is, at the very least, incomplete. While this seems to be an article of faith in a lot of the intellectual history I have read, the Great Recession had many of its beginnings in efforts to use public policy and government-sponsored enterprises to veto the declarations of sovereign consumers in the markets for housing and loanable funds.

The debate over “neoliberalism” and the methods of economics needs to take more account of the fine distinctions between modeling conventions and thick descriptions. Models are exercises in simplification and abstraction; in economics and increasingly in the other social sciences, this means translating economic ideas into the language of mathematics. Criticizing abstract formal models because they do not do the work we expect from thick description misses the point. Similarly, criticizing thick description because it does not do the work we expect of abstract formal models also misses the point. It is like criticizing a Phillips-head screwdriver because it does not drive flathead screws. No actual human being acts like the anti-social, consumption-maximizing homo economicus. However, they do at least a little bit, which helps us see critical moving parts in the broader social system.

It is essential to read a book like this for what the author tries to do rather than for what the reader wishes the author had tried to do. The Sovereign Consumer: A New Intellectual History of Neoliberalism tries to remain agnostic concerning the veracity of neoliberal ideas and tries instead to identify the turning points that turned a bunch of obscure (and seemingly defeated) academic ideas into conventional wisdom. The emphasis on consumer sovereignty helps clarify the discussion, and this is a book intellectual historians, economic historians, and historians of economic thought can read profitably.

This article, Review of The Sovereign Consumer: A New Intellectual History of Neoliberalism, was originally published by the American Institute for Economic Research and appears here with permission. Please support their efforts.