Review of Sheilagh Ogilvie, The European Guilds: An Economic Analysis 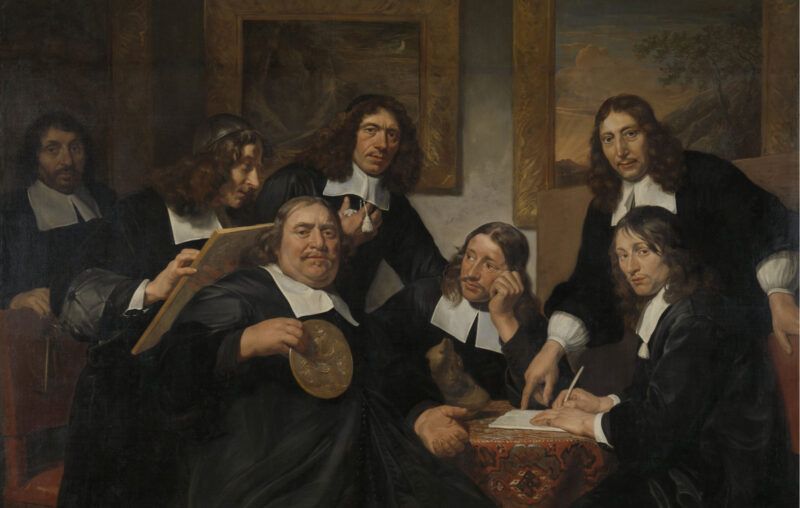 In a famous passage in An Inquiry into the Nature and Causes of the Wealth of Nations, Adam Smith writes,

“People of the same trade seldom meet together, even for merriment and diversion, but the conversation ends in a conspiracy against the public, or in some contrivance to raise prices. It is impossible indeed to prevent such meetings, by any law which either could be executed, or would be consistent with liberty and justice. But though the law cannot hinder people of the same trade from sometimes assembling together, it ought to do nothing to facilitate such assemblies; much less to render them necessary.”

In theory, however, the guilds could have solved significant market failures. First, there is the asymmetric information problem where sellers know more about a good than buyers and where markets might unravel as a result. Second, there are problems in the market for skill training because one cannot borrow against future human capital. Third, new ideas are public goods, and in theory, a decentralized market will provide too few of them. In The European Guilds: An Economic Analysis, Cambridge economic historian Sheilagh Ogilvie offers a detailed, data-driven analysis showing that guilds did not solve these problems. Ogilvie makes her anti-guild case based on her study of two databases she has assembled and generously made publicly available. Her quantitative database has over five thousand observations, and her qualitative database has over twelve thousand. It turns out that Adam Smith was right after all. Guild members were conspiring to enrich themselves at their customers’ expense, and at the very least, governments “ought to do nothing to facilitate such assemblies; much less to render them necessary.”

The guilds, in short, were rent-seekers rather than market-creating innovators. Brand names reduce transaction costs and allow people to distinguish different degrees of quality. Guild inspection and certification, however, were not as reliable. As a result, many customers sought alternative quality control mechanisms, and some towns established their own quality inspection operations. The guilds did not fix a broken market by providing information and certification. Instead, they broke the market further by building entry barriers.

Another pro-guild argument holds that guilds and their apprenticeship systems provided crucial training people otherwise would not have been able to get and thereby raised medieval European economic growth. However, guild apprenticeships are also suspect. First, some of the lengthy apprenticeship requirements (like those for chimney sweeps) were disproportionate to the tasks. Second, there were a lot of ways for people to secure apprenticeships outside the guilds. Third, many guilds actively sold memberships granting the purchaser “master” status without passing an exam or completing an apprenticeship. The guilds, Ogilvie argues, were creating and appropriating economic rents by controlling entry, not managing quality.

According to another market failure argument, the guilds contributed to innovation in a few ways. First, since people could not compete by lowering prices, they (supposedly) had to compete by innovating. As Tyler Cowen and Alex Tabarrok explain, however, innovation in response to airline price floors was wasteful relative to what would have happened had prices been free to change. Second, monopoly profits attributable to guild restrictions allegedly financed innovation. Ogilvie notes, however, that there isn’t much evidence for this. For example, in the case of Dutch shipbuilding, she reports on page 444 that the industry “introduced no major design improvements after about 1630, the gilded urban shipbuilders shifted from making new ships to repairing old ones, and almost all new ships were built in the guild-free Zaanstreek.” If there is any doubt about her conclusion, she titles a section “Guilds Directly Opposed Innovation” (pp. 461ff) and quotes some guilds to that effect. For example, in 1604, the Middle Rhine bakers’ guild federation decreed, “The white-bakers shall completely refrain from all innovation in baking as it is customarily practised in the town” (quoted on p. 438). The guilds were the enemies, not the friends, of the Bourgeois Deal.

The book’s most interesting chapter, in my opinion, is Chapter 5 on guilds and women. It shows the insider-outsider dynamics of a rent-seeking society at work. By and large, the guilds did not accept women into their ranks, though they sometimes made exceptions for the wives and daughters of guild members. In the 1770s, for example, the Valencia guild of rope-makers, braid-makers, and button-makers opposed training girls because they might then compete with men (p. 300). I am reminded of the Illiberal Reformers analyzed by Thomas C. Leonard (I review that book here): many Progressive Era labor market reforms aimed to insulate special interests from competition. Guild regulations had the same goal.

While Ogilvie does not discuss Bruce Yandle’s “Bootleggers and Baptists” model explicitly, the model–or at least the rhetoric–was clearly at play. The guilds legitimized their rent-seeking and perhaps soothed their consciences by saying that they weren’t advocating regulation to enrich themselves but to protect consumers. It appears, however, that the guilds were not protecting consumers from shoddy workmanship or unscrupulous producers but from themselves (cf. p. 353). As Ogilvie notes, it was clear that the guilds’ customers were willing to sacrifice some quality to get lower prices. Non-guild producers stood ready to give them what they wanted rather than what the guild masters knew was best for them.

The guilds were, of course, protecting their incomes by “protecting” the consumers. This quote from the Paris flower-sellers’ guild’s cahier de doleance to the Estates-General in 1789 was amusing in light of the Institute for Justice’s work on behalf of flower arrangers shut out of the market by Louisiana regulations: “Today, when everybody can sell flowers and arrange bouquets, their modest gains are divided up to the point that they can no longer make enough to live on” (p. 83). There will always be victims of creative destruction, and any decent society will take care of them. In the case of restrictions aimed at preserving the flower-sellers’ incomes, however, we’re left with a poorer and uglier world.

The European Guilds also informs how we understand the “dark side” of social capital. When economists talk about social capital, we are talking about people’s networks. These networks are social “grease” that makes it easier to get things done. They are also social “glue” that binds people together. The guilds held people together and helped them get things done, but they impoverished their neighbors. The kind of social capital Ogilvie documents was a factor of destruction.

With The European Guilds, Ogilvie has written the definitive treatment of the subject. It is also a treasure trove of examples and illustrations that should help teachers convey the power of the economic way of thinking. It is a book that every economist and historian should know about, and I expect it to be the standard work on the topic for many years to come.

This article, Review of Sheilagh Ogilvie, The European Guilds: An Economic Analysis, was originally published by the American Institute for Economic Research and appears here with permission. Please support their efforts.