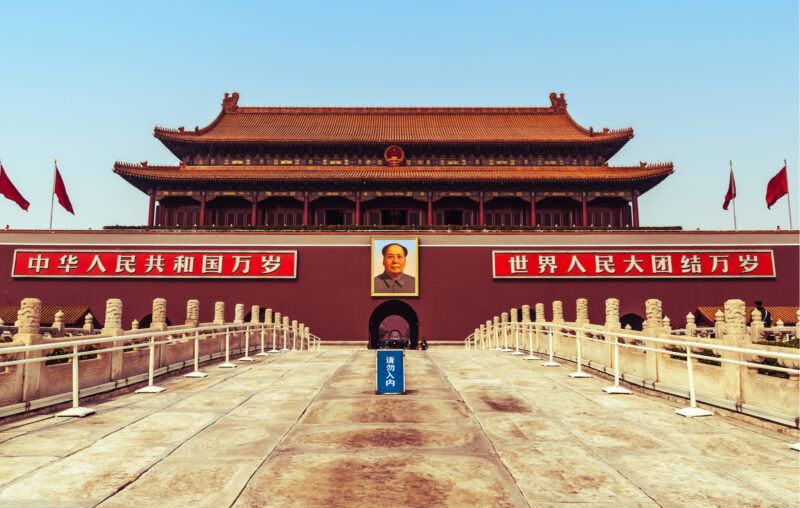 On June 4, 1989, an estimated one million peaceful protestors in China were met with machine gun fire and tank columns in what would be known forever as the Tiananmen Square massacre. Simply known as the “June 4th Incident” in China where discussion is heavily censored, this date marks one of the most horrific exercises of state power in the post-World War II era. At the time of this writing, organizers of vigils to mourn the tragedy are being hunted down and imprisoned in Hong Kong, which had its democratic freedoms dissolved by the CCP last year. Today, as the People’s Republic of China continues to position itself as a global hegemon, it is now more than ever that we must hold them accountable for their actions and tell the stories of the horrors they unleashed on their own citizens on that fateful day.

The buildup to June 4th, 1989 was a long and complicated sequence of events. In 1978, after the death of Mao Zedong, China began a process of political and economic liberalization that drastically improved living conditions. However, these reforms were, and still are, far from complete, or anywhere near being a liberal democracy. Furthermore, like all reforms but especially under a system where there are still abundant government controls, different parts of society progressed at different rates. These awkward asymmetries angered many segments of the population, whether it be from those who wanted further liberalization to those who were upset about income inequality.

“A leading liberal voice in the ruling Communist Party, Hu Yaobang had been deposed as general secretary by paramount leader Deng Xiaoping in 1987. Deng held Hu responsible for campus demonstrations calling for political reforms. His death from a heart attack in 1989 attracted mourners to Tiananmen Square.”

On April 15, 1989, students took to Tiananmen Square, a famous landmark in Beijing that unbeknownst to them would soon become immortalized in history. They came to mourn Hu Yaobang’s death and call for the continuation of his legacy of political reform. Word soon spread to other college campuses and cities, swelling the numbers into the thousands. These protestors, much like any large demonstration, had diverse reasons for being there. Some wanted democracy, others wanted a return to a more pure form of Communism, some were concerned with income inequality, others wanted reforms to make it easier to participate in a capitalist society. What they all had in common was that the Chinese Communist Party had to take action to reform the country because the current state of corruption, inefficiency, and oppression was unacceptable.

At one point it seemed that the protestors would disperse on their own but aggravation from the CCP reinvigorated the protests. AP News notes,

“The protests had begun to wane after 10 days but were re-energized by an editorial read out on state television on April 25 and published in the official People’s Daily newspaper the next day. Titled “The Necessity for a Clear Stand Against Turmoil,” it described the protests as a “well-planned plot” to overturn Communist rule. The tone of the editorial raised the strong possibility that participants could be arrested and tried on national security charges. Following its publication, protests broke out in cities around China.”

The protest continued for over 7 weeks, swelling in size to what is estimated to be over a million people in Tiananmen Square alone. On May 13th hunger strikes began, and on May 18th martial law was declared and the students got a meeting, albeit an unproductive one with CCP officials. The party was concerned but undecided on how to address the situation as the protests spread to hundreds of cities. The General Secretary at the time, Zhao Ziyang, who was sympathetic to the protests, resigned and was replaced by Jiang Zemin, who cemented the party’s position on what should happen next.

In the early hours of this fateful day, over 180,000 troops alongside heavy armored vehicles moved through Beijing.

Without warning, the military opened fire with live ammunition from automatic rifles and crushed protestors with tanks built for the modern battlefield, not unarmed civilians. Amnesty International provides a chilling account of the first casualty by writing,

‘The first casualty in the square was rushed away – a girl with her face smashed and bloody, carried spread-eagled towards the trees. Another followed – a youth with a bloody mess around his chest.’

“The first report of live fire on civilians came at 10 p.m. on June 3, around six miles west of Tiananmen Square, ABC News reported. The army reached the square at 1:30 a.m. on June 4.”

For decades the death toll from this horrific day was unknown to the public. Some people estimated hundreds, others thousands. The CCP has highly censored the matter so information has been scarce. The CCP’s official publicly available number was 200 protestors killed.

That was until the BBC reported in 2017 that a member of the Chinese State Council revealed that the official number of deaths was in excess of 10,000 people. This figure was discovered in newly released British documents detailing a secret diplomatic telegram. The BBC provided the following harrowing recount of the massacre by writing,

“Students linked arms but were mown down including soldiers. APCs then ran over bodies time and time again to make ‘pie’ and remains collected by bulldozer. Remains incinerated and then hosed down drains.

“Four wounded girl students begged for their lives but were bayoneted.”

One particularly symbolic casualty from that day was the Goddess of Democracy statue, which the protestors built. Replicas of it now stand in countries across the world, symbolizing the defiance of freedom-loving people against tyranny. CNN quotes Professor Perry Link by writing,

“When it was bulldozed over I think that it was one of the most moving symbols of the repression,” he said in a phone interview. “Of course number one would be the ‘Tank Man,’ but number two is probably going to be the (toppling) of the statue.”

Following the massacre, those who were affiliated with the protest were hunted down by Chinese authorities to be imprisoned, tortured, or executed, among other punishments.

Today Tiananmen Square is an eerie place where Chinese residents and tourists brush shoulders watched by countless security cameras. The residents either don’t know what happened or are forbidden to speak about it. The tourists enjoy themselves with willful ignorance or keep their thoughts to themselves. The Chinese officials know exactly what happened.

The Tiananmen Square massacre was easily one of the most violent days in modern Chinese history. Rather than apologizing or making reforms, the CCP has opted to censor discussion at home and abroad. With China attempting to position itself as a global power, those here in the West should remember what they have done and what they are capable of. Furthermore, we should be inspired by the countless activists across China, Hong Kong, Taiwan, and the world who risk persecution every day to shine a light on the lies of the CCP. We should not only pray but work to ensure that this fateful day was not a violent snuffing of the flame of Chinese liberty, but rather the spark that would ignite the inferno of freedom that burns in the hearts of over a billion people.

This article, Remembering the Tiananmen Square Massacre, was originally published by the American Institute for Economic Research and appears here with permission. Please support their efforts.