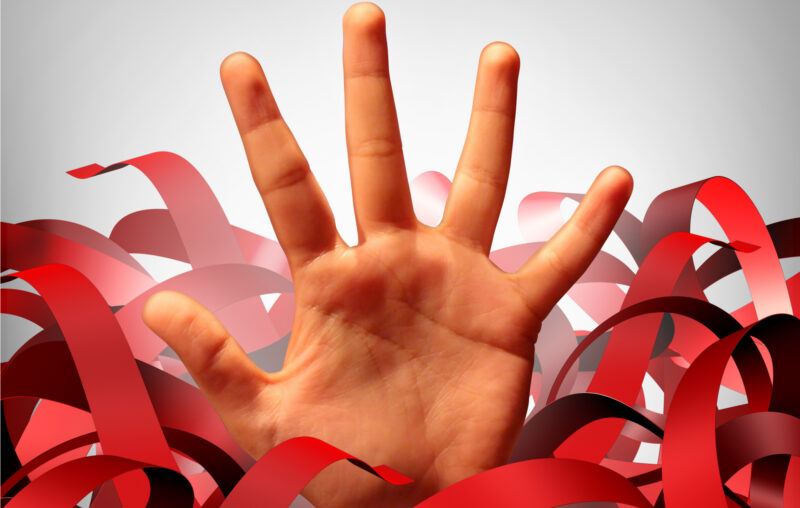 In his seminal article in 1971 on the economic theory of regulation, the Nobel Laureate George Stigler of the University of Chicago argued that government agencies were often “captured” by the industries they were designed to regulate. Before Stigler, the common view was that noble regulators worked assiduously to correct “market failures” with regulation, in order to promote the public interest. Stigler showed that if we assume that regulators have other goals in mind besides promoting the public interest (e.g., covering up their own government failure or enhancing their power, prestige, and budget) they will eventually represent the interests of the industry they are supposed to regulate.

This is referred to as “regulatory capture.” Examples such as a “revolving door” between defense contractors and the Department of Defense and cozy relationships between pharmaceutical companies and the Food and Drug Administration and large energy firms and the Environmental Protection Agency come to mind. When there is regulatory capture, the interests of firms become more important than the public interest, which leads to a net loss to society.

Traditionally, capture theory applies mainly to private sector interests, i.e., firms and industries. However, thanks to several intrepid reporters at the New York Post, we now know that capture theory can also be applied to public sector unions. These reporters uncovered palpable evidence of explicit collusion between the American Federation of Teachers and the CDC. Similar types of explicit collusion between teachers unions and public health officials may also be occurring at the state and local levels. We know that it has also occurred in the U.K., where Boris Johnson appears to be defying trade union pressure to keep masks on secondary school children.

What motivates political appointees at the CDC to collude with teachers unions to prolong lockdowns and continue the confinement and deformity of our children? First, the Biden administration is beholden to teachers unions, who provide substantial financial support to Democrats and also constitute a major, reliable voting bloc. Second, CDC stands for the Centers for Disease Control and Prevention and thus, is responsible for the single greatest government failure of all time. Their ineptitude, inconsistency, and overall incompetence, both before and after the outbreak of the virus, has been staggering. Therefore, it is important that the CDC keeps its trade union friends for political cover. Third, public health police state officials, such as the CDC director, are basking in the limelight and flush with funds, power, and influence. For infectious disease experts, who have become our unelected rulers, these are the best of times. Pandering to teachers unions allows them to continue regulating all aspects of our family life. Note also that while the CDC is lionized by the media, they are also shielded by craven, cowardly politicians from any accountability for the damage they have inflicted on our economy, society, and physical and mental health, as a result of their misguided quarantines, lockdowns, and “reopenings.”

A sad irony is that the agency responsible for the most massive government failure of all time is allowed to grow and prosper, while continuing its ongoing collective theft of private property, services, and economic, personal, and religious liberty. For example, thanks to the CDC, the entire cruise industry has been grounded for at least fifteen months. CDC guidelines have led to closures of public libraries, museums, and other cultural institutions for over fourteen months. The CDC Director’s recent message of “impending doom” is music to the ears of teachers union officials, who have a vested interest in maintaining maximal use of nonpharmaceutical interventions, such as school closures, physical distancing, and masks for children as young as four years old.

It is impossible to understate the dastardly actions of teachers unions in exerting undue influence on the federal agency charged with deciding how and when to “reopen” schools. Let’s start with the fact that teachers have already received more special treatment than any other type of worker. Recall that when our state-run Covid religion was established in March 2020, a totalitarian/Orwellian taxonomy of “essential” and “nonessential” workers and industries was developed. In most states, teachers are “essential” workers. Unlike many “nonessential” workers, teachers have received full pay during quarantines and lockdowns, with virtually no job losses in the sector. In some school districts, teachers have even received raises and additional benefits, while children remain at home to learn online, often with inferior Internet connections and overwhelmed parents to supervise them. Unlike almost all other “essential” workers, many teachers have not physically reported to work since March 2020. Also, in many states, teachers were vaccinated before many others in their age groups, since we were told that this step was necessary to reopen the schools. The forced masking of students as young as four years old for six hours a day is designed to protect teachers, not students. It has never been clearer that teachers unions aim to prolong the pandemic party for teachers while paying no heed to the physical and psychological damage to the nation’s students.

Now that the collusion between the teachers unions and the CDC has been exposed, we can no longer pretend that public health officials have the public interest in mind. Their claim to follow the “science” has been revealed as fallacious, since they are actually following “political science.” Since March 2020, we have all been human subjects in a grand social science experiment, which has been conducted without “informed consent.” As social scientists, when we conduct an experiment, we are required by law to obtain the informed consent of each of our human subjects. That is, we are required to explain to each subject, in great detail, precisely what we are trying to accomplish in our project, as well as its duration, cost, and risks. All of these protocols have not been followed. We also have to abide by an ethical code, which says that there should be no psychological or physical harm to the subject.

There is no doubt that this unprecedented and deviant child experiment has inflicted significant harm on its human subjects. Thus, while some might say that it is wrong to demonize public health officials, we say that their actions, especially as they relate to children, have been demonic. Regulatory capture of the CDC by teachers unions is a scandal of epic proportions.

For these reasons, we call on parents to reject CDC guidelines for schools and any semblance of the “new normal” at schools. We should no longer allow our children to be unwitting subjects in this deviant and unethical grand social experiment. CDC and teachers-union-enabled child abuse and its ongoing destruction of normal childhood development must end now. The next time your child is forced to wear a face mask for seven hours a day and prevented from interacting with her playmates, you should call child protective services on that teacher or school official. The CDC and the teachers unions are now officially guilty of child abuse.

This article, Regulatory Capture, Teacher Unions, and CDC Abuse, was originally published by the American Institute for Economic Research and appears here with permission. Please support their efforts.