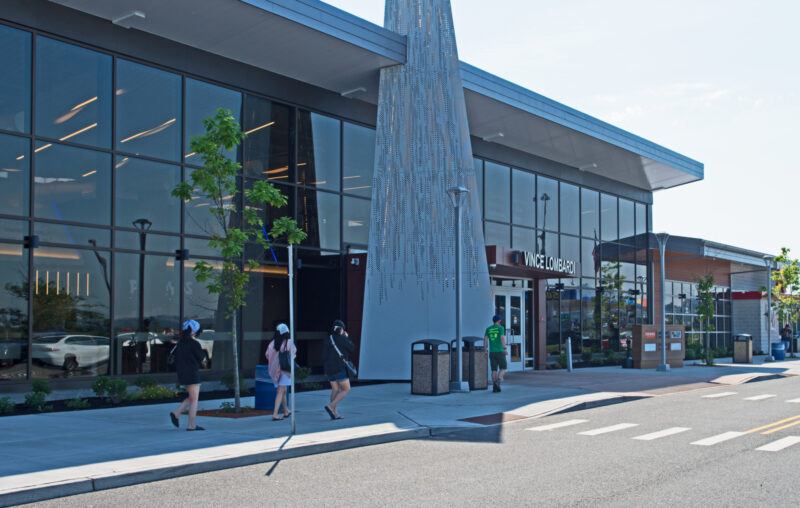 Recently during a stop at a rest area on the New Jersey Turnpike I marveled at the variety of people there, all of whom were complete strangers to me. I saw people much younger than me and a few much older. Many were clothed and coiffed – or tattooed and body-pierced – in manners that I would never dream of for myself, and that are sported by none of my close friends or family members.

I glanced at several of these individuals, wondering also what each does for a living. I couldn’t have confidently offered a detailed guess about the occupations of any of them. Nor could I tell if any person is religious or not. Most of my guesses as to just how much formal education each of these people has would surely often be mistaken. I have no idea how many of them are Republicans, Democrats, or independents – or how many are Yankees fans, Red Sox fans, or fans of no sports team. Indeed, more than a few of the people I saw are surely not Americans, or even residents of America. And utterly hidden from me was any real hint of any of their’ views on abortion, immigration, international trade, foreign policy, drug legalization, school choice, Supreme Court packing, or any of the countless other policy issues that regularly or occasionally rage.

We are all strangers, peaceful toward each other but seemingly sharing nothing in common beyond traveling that day on the New Jersey Turnpike.

Yet the vast majority of these people and I do, in fact, share something amongst ourselves, as well as with nearly everyone in the modern world. That something is remarkable: We are all part of the great market economy. Each of us as a consumer obviously partakes of this economy’s fruits; such partaking is the very reason why I and the others were in that rest area. All of us also, though – or at least those who work in the private sector –contribute as producers to the creation of these fruits. The man just behind me in line at Starbucks might be an insurance adjuster, a manager at Walmart, or a wine wholesaler; I have no idea. The woman in front of me might be a sales clerk, a yoga instructor, or a software engineer; I have no idea.

Nearly every adult in that rest area with me is – or was, before retirement – a highly specialized producer of some useful good or service, a good or service that is a drop in the gigantic prosperity pool in which we all swim. There’s a slim chance that some of the individuals visiting the rest area that day once assisted me in some way directly – say, by having delivered a package to my door, or by shepherding my mortgage application toward approval. Yet most of the rest-area visitors, and likely all of them, never assisted me directly. Nearly all of them, however, assisted me indirectly – indirectly but no less surely than had that assistance been direct.

Maybe one of the rest-area visitors is a hotel clerk. In the course of her job she contributes to lowering the cost of business travel and, in turn, lowers the cost to airlines of putting their flight crews up for the night. As a result, my airfare to visit my son, and your airfare to visit a client, is a few cents lower than it would otherwise be.

Another rest-area visitor might operate a crane that unloads and loads cargo ships. This worker indirectly assists me (and you) by improving my (and your) access to goods from foreign producers. Yet another rest-area visitor perhaps is a lab technician at a pharmaceutical company and, thus, helps to lower my and your health-care costs.

Whatever are the detailed facts of the employment of each of the hundreds of ordinary people who shared with me the rest-area space that day, almost all of them regularly help each other – and me. Indeed, we all routinely help each other. And we do so despite the fact that we’re all strangers to each other and are unaware of this connection that we have to each other.

The single most important contributor to the successful coordination of the productive economic efforts of hundreds of millions of strangers is the system of market prices – the prices that tell (and incite) producers to produce less of this good whose price has fallen and more of that service whose price has risen; the prices that tell (and incite) producers to use more of this input whose price has fallen and less of that input whose price has risen. Without market prices, each of us would be able to coordinate our productive efforts only with the relatively minuscule number of individuals with whom we are able to conduct a verbal dialogue. The number of individuals who would routinely help us would be, at most, a few dozen instead of the hundreds of millions who help us today.

However, as crucial as are market prices to a successful modern economy, no less crucial is the ethos of liberalism – the liberalism of John Locke, Adam Smith, Frédéric Bastiat, F.A. Hayek, James Buchanan, and Robert Nozick. Liberalism is what allows strangers with very little in common with each other nevertheless to co-exist peacefully and productively. Each of the individuals who were that day my fellow visitors to the rest area on the New Jersey Turnpike has his or her own preferences and dreams. I don’t know what these are, and none of those people knows my preferences and dreams. But we nevertheless daily and successfully cooperate with each other – and with hundreds of millions of other strangers – in the market.

The liberal market order doesn’t require that I share your particular preferences or dreams, or that you share mine. All that is required by the liberal market order is that each person respects the same rights in others that that person wants others to respect in him or her. The ‘thinness’ of this liberal requirement leaves each of us free to pursue our own individualized dreams without having to secure the approval of others. I’m confident that everyone at the New Jersey Turnpike rest area, if pressed to think seriously about this feature of the liberal market order as he or she surveyed fellow rest-area visitors, would heartily applaud.

This article, Reflections Sparked by A New Jersey Turnpike Rest Area, was originally published by the American Institute for Economic Research and appears here with permission. Please support their efforts.