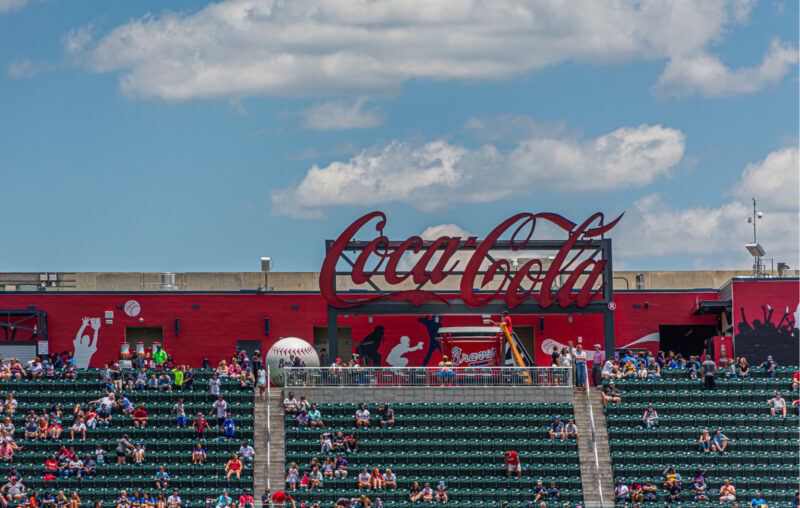 After Major League Baseball’s protest of election legislation in Georgia and decision to move the All-Star Game out of Georgia, three prominent Republican Senators—Ted Cruz, Josh Hawley and Mike Lee—are proposing to end baseball’s antitrust exemption that dates to 1922. Their proposal is more bipartisan than many current “bipartisan” efforts in that Senator Bernie Sanders in 2019 also called for reexamining it.

It is also not the first time that a controversial MLB decision has triggered attempts at antitrust retribution. Two decades ago, when owners decided to eliminate two baseball franchises, politicians from areas on the bubble of losing franchises proposed legislation to extort the league to back down. The 2001 Fairness in Antitrust in National Sports Act would have allowed an “injured” party–such as a local government, a stadium authority, or a player–to sue for antitrust violations in the case of such franchise moves.

Overlooked by the discussion in these instances, however, has been an important fact. The Supreme Court ruling which created baseball’s antitrust exemption was not decided on antitrust grounds. It was based on whether professional baseball games qualify as interstate commerce. And moving in the proposed direction would be one further step in the evisceration of the Constitution’s Commerce Clause, which was intended to defend against abuses of government power.

Justice Oliver Wendell Holmes ruled in 1922 that “exhibitions of baseball…are purely state affairs,” involving only incidental interstate commerce. As a result, the Constitution’s Commerce Clause (“The Congress shall have the power to regulate Commerce…among the several States”) did not authorize congressional regulation of baseball, including antitrust regulation.

Bringing baseball under the antitrust umbrella, even in part, would expand Holmes’ understanding of the reach of the Commerce Clause, undermining one of the few remaining precedents upholding the original meaning of it and the restraints it placed on federal power.

Since an expansive interpretation of theCommerce Clause is the lone constitutional justification for federal regulations over housing, banking, energy, communications, transportation, labor, the environment, etc., despite those areas not being enumerated federal powers under the Constitution (which is the reason it has commonly been called “the everything clause” in law schools), this would give Congress even more power over Americans’ economic lives. And that is a serious cause for concern.

The Constitution included the Commerce Clause because under the Articles of Confederation, states were extorting each other’s residents by imposing duties on trade crossing their borders, and they recognized that such mutual beggar-thy-neighbor efforts hurt them all. In fact, the call to the Constitutional Convention arose from a 1786 meeting of five central states to reduce internal trade barriers.

In The Federalist’s words, the Commerce Clause was thus intended to be a “restraint imposed on the authority of the States,” in order to prevent them from interfering with the trade between them (following the then more common meaning of regulate as “to remove impediments,” and thus make it “more regular”). Since “the powers delegated…to the Federal Government, are few and defined…The powers reserved to the several States will extend to all the objects, which, in the ordinary course of affairs, concern the lives, liberties and prosperities of the people; and the internal order, improvement, and prosperity of the State,” it was not intended to create an extensive federal power to regulate (following the more modern meaning of regulate as “to tell others what to do”) the minutiae of economic life.

Despite that intent, court interpretation of the Commerce Clause has moved far from our Founders’ understanding. Rulings have progressively deleted its constraints on federal powers, to where it is now routinely cited to justify federal regulation of whatever Congress decides counts as having something to do with commerce (which is virtually everything).

For a century, the Commerce Clause was solely used to overturn state restrictions on interstate commerce as unconstitutional. But with the Interstate Commerce Act of 1887, it began to be used to support active congressional regulation of commerce. Since then, the original Commerce Clause has been further undermined, with a near death blow coming in Wickard v. Filburn in 1942.

Justice Robert Jackson’s opinion in that case ballooned the scope of the Commerce Clause to extend federal power to regulate interstate commerce to the power to ban (not regulate) production (not commerce) occurring in a single state (not interstate). Anything found to have a substantial effect–i.e., any business practice whatsoever—was turned into fair game for federal regulators, at their discretion. The results we see in the acronyms of almost uncountable federal agencies all around us.

As long as the Supreme Court upholds and extends Commerce Clause precedents such as Wickard v. Filburn, there is hardly any limit to the federal regulation of business beyond the need for a congressional majority (which Federalist No. 10 assures us is inconsistent with our Founders’ vision). Any tatters of the restraining power it once exercised over the federal government will be effectively erased from the Constitution.

The baseball antitrust exception is one of the few remaining precedents still adhering to the earlier, limited-government understanding of the Commerce Clause, in part because the erosion of it by 1922 had progressed far less than subsequently. So while politicians may want to target baseball’s antitrust exemption as punishment for actions they dislike (although a far more effective remedy would be to return to a clear legal understanding that corporate executives represent only the interests of the investors whose resources they manage, not every conceivable self-proclaimed “stakeholder,” which would eliminate many woke possibilities), it would come at too high a constitutional price. Americans would be far better off if, instead of further eroding Justice Holmes’ ruling, we upheld his “originalist” Commerce Clause logic, and the limit it imposed on federal power to do what it wants, whether it advances our joint interests or not. After all, as recent events have made blindingly obvious, it is not hard to see that much of what is emanating from the beltway fits in the “or not” category.

This article, Questioning Baseball’s Antitrust Curveball, was originally published by the American Institute for Economic Research and appears here with permission. Please support their efforts.