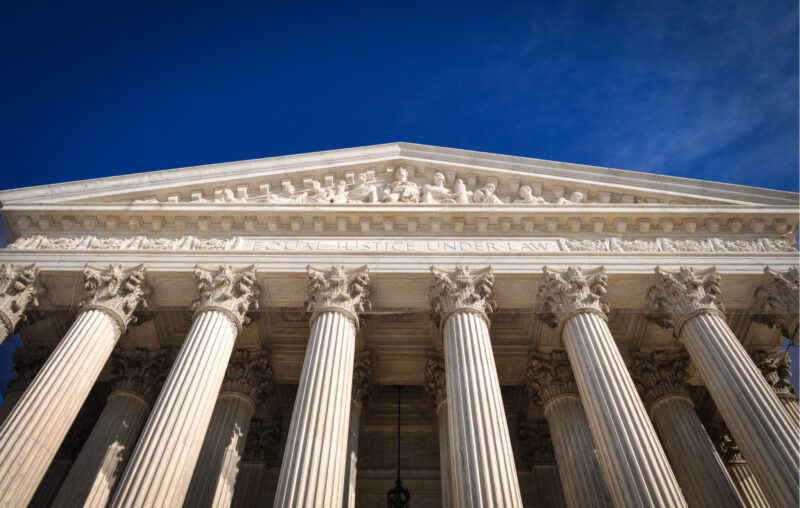 Imposing a constitutionally dubious vaccine policy at a public university that not only has some of the top classical liberal law professors in the country but is also intimately connected with a global network of freedom advocates is a recipe for a lawsuit. That’s exactly what George Mason University learned recently when it imposed a school-wide vaccine mandate for students, faculty, and staff. Failure to comply subjects individuals to a list of penalties from social distancing requirements to potential disciplinary action.

The plaintiff is Todd Zywicki, the George Mason University Foundation Professor of Law, who has as impressive of a resume as anyone can imagine. He has held positions at numerous influential think tanks, executive positions in the federal government, and has taught at numerous respected law schools. His lawsuit is joined by the New Civil Liberties Alliance, a non-profit law firm dedicated to advancing constitutional freedoms and founded by the prominent legal scholar Philip Hamburger. AIER contributor Jenin Younes is also a member of their litigation team and one of the attorneys on this case.

Zywicki names the president of the school and numerous other officers as the defendants in his suit Zywicki v Washington. He alleges that as a public institution, GMU is obligated to follow the Constitution and its vaccine policy violates the 9th and 14th Amendments as well as the Supremacy Clause. Zywicki contends that his natural immunity from having recovered from a natural Covid-19 infection gives him equal if not superior protection than vaccines. His sentiments are supported by his immunologist, who informed him that receiving a vaccine would be “medically unnecessary”, as well as a joint declaration from Dr. Jay Bhattacharya and Dr. Martin Kulldorff, prominent medical professors at Stanford and Harvard respectively. They write that,

The declaration, found in Exhibit A of the docket, also explains that the evidence to support mitigation measures such as vaccine mandates and passports is lacking.

Count 1: Violation of the Right to Refuse Unwanted and Medically Unnecessary Healthcare

The plaintiff asserts that GMU’s vaccine policy, in practice a mandate, and refusal to acknowledge the merits of natural immunity are problematic because they violate his right to refuse unnecessary healthcare. The complaint states,

“The Supreme Court has recognized that the Ninth and Fourteenth Amendments protect an individual’s right to privacy. A “forcible injection … into a nonconsenting person’s body represents a substantial interference with that person’s liberty[.]” Washington v. Harper, 494 U.S. 210, 229 (1990).”

The 9th Amendment protects unenumerated rights, which are those that are not explicitly stated in the Constitution. The 14th Amendment protects due process and equal protection under the law. The Covid-19 vaccine is currently deployed under the Emergency Use Authorization and citizens are therefore entitled to be informed of their right to accept or refuse. This fact, combined with the plaintiff’s already robust natural immunity and unlikeliness to infect others with a relatively mild disease, renders such a mandate a violation of privacy. Furthermore, established case law enshrines the right to bodily integrity. The suit asserts,

“Coercing employees to receive an EUA vaccine for a virus that presents a near-zero risk of illness or death to them and which they are exceedingly unlikely to pass on to others, because those employees already possess natural immunity to the virus, violates the liberty and privacy interests that the Ninth and Fourteenth Amendments protect.”

If the state wishes to implement a coercive measure, the burden of evidence is on itself to prove that its policy is narrowly tailored to a compelling government interest. The plaintiffs contend,

Count 2: Violation of Unconstitutional Conditions Doctrine and 14th Amendment’s Right to Due Process

“According to that body of law, GMU cannot impair Professor Zywicki’s right to refuse medical care through subtle forms of coercion any more than it could through an explicit mandate.”

Furthermore, the school’s policy is a violation of due process as it is incongruent, disproportional, and inappropriately flips the burden of evidence onto the plaintiff. In light of the robust immunity established by natural infection, the school cannot logically justify its penalties against those in the GMU community with naturally acquired immunity. The existence of such immunity fully serves the interest of the public health measures implemented by GMU.

The policy is also deficient of proportionality, as the school indicates no intention to assess the level of antibody level of its targets. If the school believes that the prevalence of antibodies is important in advancing its public health goals, then it ought to recognize that they are acquired by both vaccination and infection. The school not only signals any intention to test for antibodies, but makes the premature conclusion that vaccination is superior, even assuming equality of effectiveness amongst all vaccines. The suit asserts,

“​​In short, allocating burden of proof responsibility to those with natural immunity like Professor Zywicki, coupled with GMU’s stacking the process with presumptions Plaintiff will show are scientifically unwarranted, contravene the Due Process Clause.”

The burden of proof is on the school to show that Zywicki’s naturally acquired immunity is in fact inferior to the vaccines accepted by its policy, and noncompliance poses a threat to public safety. The plaintiff alleged the school has not demonstrated this requirement.

Count 3: Violation of the Supremacy Clause

The Supremacy Clause holds that federal law supersedes state law. GMU’s policy is Virginia state law and the Emergency Use Authorization (EUA) is federal law. Covid-19 vaccines are authorized by the EUA, which subjects recipients to informed consent. Because GMU’s coercive policies conflict with the letter and spirit of the EUA, it is therefore unconstitutional. According to the complaint,

“That is at odds with the Policy’s forcing Professor Zywicki to sustain significant injury to his career if he does not want to take the vaccine (in light of masking, frequent testing, social distancing, and looming disciplinary action).”

For these reasons and more, Zywicki asked the court to declare the policies unconstitutional and an injunction be issued.

The fight over the official narrative regarding Covid-19 is still alive and well. This lawsuit is only illustrative of the two camps that have developed and how insulated many core decision makers have been from one over the other. Natural immunity for example, although clearly affirmed by the supporting evidence, seems to be unacknowledged writ large. The disproportionate perceptions of the risk of Covid-19 are still rampant.

The significance of this case cannot be overstated with vaccine mandates and passports being considered and implemented across the country. One does not need a background in law to understand that the pandemic has sent the country into another constitutional inflection point. From emergency powers, to lockdowns, to eviction moratoriums, and now vaccine mandates, the precedents we set today will forever affect the ark of our system of constitutional government.

This article, Prominent Law Professor Sues His School Over Vaccine Policy, was originally published by the American Institute for Economic Research and appears here with permission. Please support their efforts.