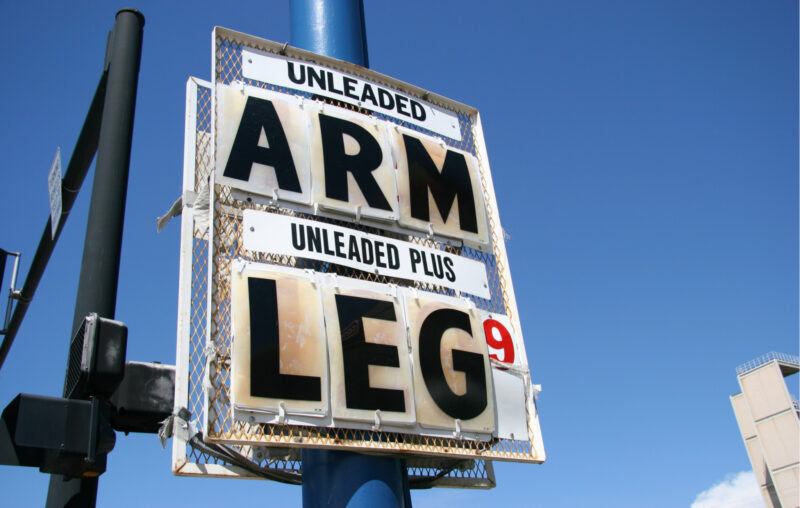 New data from the Bureau of Economic Analysis shows that prices continue to rise at breakneck speed—and much faster than the Federal Reserve has projected. The Personal Consumption Expenditures Price Index (PCEPI), which is the Fed’s preferred measure, grew at a continuously compounding annual rate of 6.3 percent from March 2021 to March 2022, up from 6.1 percent in the previous month.

Prices have grown 4.0 percent per year since January 2020, just prior to the pandemic. If the Fed had instead delivered 2-percent inflation over this period, prices would be 4.6 percentage points lower today.

Yet, even the most recent revision appears to be insufficient. Forecasts of the price level based on FOMC member projections, which Morgan Timman and I produce for our Monthly Inflation Report, are presented in Figure 2 along with the price level. Prices are currently 0.8 percentage points higher than they would be if they were in line with the median FOMC member projection made in March. They are currently on track to grow 7.1 percent this year.

Although Fed officials have revised up their projections for inflation considerably, they have not meaningfully changed their course of policy from what was announced last December. It is now clear that those plans were made with very optimistic projections of inflation in mind. Those projections have since been shown to significantly underestimate the extent of the problem. If the Fed were committed to bringing down inflation over the same time horizon, it would have no choice but to increase the speed or intensity of its plan to tighten. That it has not done so reveals that it is unlikely to bring inflation down as quickly as it previously suggested. Indeed, its most recent projections reflect this. The Fed now projects inflation at 2.7 percent in 2023 and 2.3 percent in 2024, up from the 2.3 and 2.1 percent projections made back in December.

The Fed seems resolved to see inflation climb further. I expect FOMC members will revise up their projections of inflation again in June. They should revise their course of action, to bring inflation down as planned, instead.

This article, Prices Continue to Rise, Exceeding Fed Projections, was originally published by the American Institute for Economic Research and appears here with permission. Please support their efforts.