Price Stability and the Fed 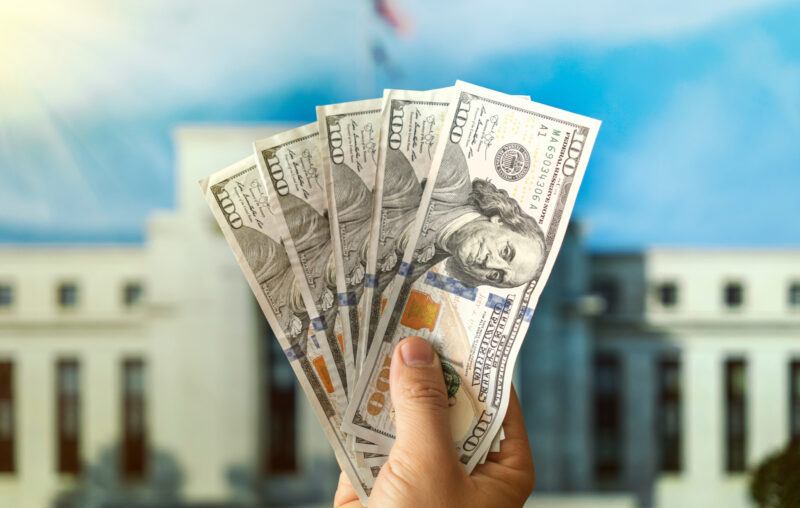 The Price Stability Act of 2022, a bill before the House Financial Services Committee, would turn the Federal Reserve’s dual mandate into a single mandate. Instead of maximum employment and stable prices, the Fed would shoot for stable prices only. Is this a welcome change? Without endorsing or condemning the bill, we can explore its costs and benefits.

The bill does not specify what “stable prices” means. For now, we can interpret it as an inflation target. Whether the actual number is 2 percent or 0 percent makes little difference. As long as price hikes are small and predictable, many different target numbers could work.

While the Fed currently has an “average” inflation target of 2 percent, it is self-chosen, and therefore cannot bind. The Fed is essentially a judge in its own cause. “We investigated ourselves and determined we did nothing wrong,” they might say. Congress’s forcing an inflation target on the Fed could have teeth.

Creating a predictable growth path for the dollar’s value has definite economic benefits. Most economists think of “forward guidance” (central banks communicating their intentions for future policy) in terms of interest rates. This is wrong. Interest rates are prices for capital, and hence time. Central banks should not be messing with them. Forward guidance over the price level, on the other hand, is very useful. It creates a stable foundation for economic activity by giving commerce a measuring rod. Nobody could effectively prepare for a race if the definition of a meter were constantly changing. A similar truth holds for economic activity. Unpredictability in the price level can result in short-run underproduction or overproduction and long-run underinvestment. In contrast, credibly committing to a growth path for the dollar’s purchasing power creates a strong foundation for markets to deliver full employment today, and may have beneficial growth effects tomorrow.

But an inflation target has some drawbacks. Imagine we experience a broad-based productivity slowdown, which makes it somewhat harder to turn inputs into outputs than anticipated. This is an example of what economists call a negative supply shock. Economy-wide prices would rise, which means the dollar’s purchasing power would fall.

Supply problems create inflation. An inflation-targeting Fed would be obliged to contract total spending (aggregate demand) to bring inflation back down. But that means real output and employment, already hurting from the supply shock, would take a second blow. The central bank will hit its inflation target at the cost of making the economic downturn more severe.

A Fed mandate focused on nominal spending growth instead of inflation could avoid this problem. Aggregate demand means nominal GDP: output valued at current market prices. In the event of a supply shock, a spending growth-targeting Fed would not need to contract aggregate demand to bring inflation down. On the contrary, it would allow inflation to block some of the damage from the productivity slowdown. Output and employment would still fall. Difficulties on the supply side make that inevitable. But the Fed would not compound the damage. In fact, a spending growth target looks pretty close to first-best policy. The increased scarcity of goods relative to money means that the price of money should fall. Inflation, in this case, reveals a glut of money compared to goods. It does not have any independent negative welfare consequences.

Politics is compromise. Half a loaf is better than no loaf at all. Price stability is the half-loaf of monetary policy rules. It seems foolish to go hungry simply because haute cuisine is unaffordable.

This article, Price Stability and the Fed, was originally published by the American Institute for Economic Research and appears here with permission. Please support their efforts.