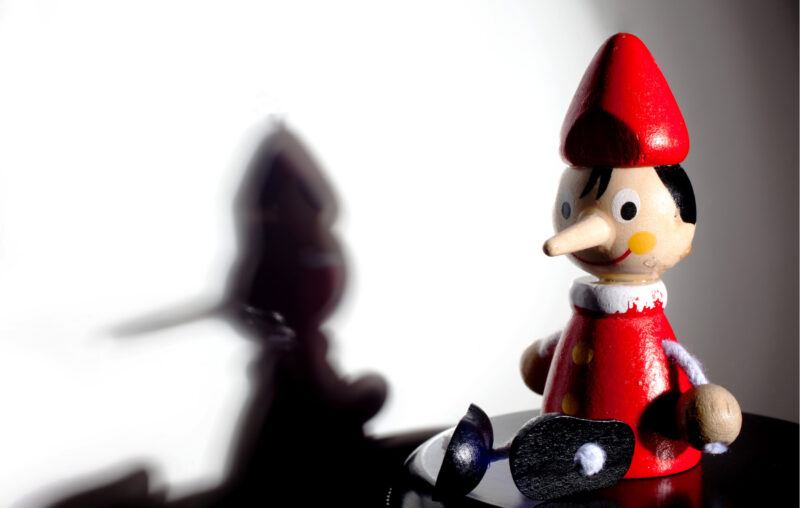 “Not a penny. That’s not right. And my economic plan will change that.” So said President Biden on September 16th in typically mawkish fashion. Biden was referencing a list produced by the Institute on Taxation and Economic Policy that revealed – gasp – 55 corporations that didn’t pay taxes in 2020.

Naturally the list has given the 46th president a fit of the vapors, and by extension, some political talking points. Did anyone expect someone as unoriginal as Biden to not jump all over this misleading news?

Those reporting on the President went along with this most ridiculous of narratives about companies that allegedly don’t pay taxes. To those who don’t know any better, that some large U.S. corporations paid a very low or zero rate of taxation in 2020 is a sign that the tax code is rigged to help them evade taxes altogether. Get out your pitchforks!

Except that the overdone rage misses the truth about corporate taxation. By a mile. In other words, Biden’s hysteria, along with that of the scholar class, is much ado about nothing.

They all miss that as taxpaying entities, corporations are a fiction. Please think about this statement of the obvious for a second.

Having thought about it, hopefully readers can recognize that corporations aren’t owned by robots, or by some imaginary other; rather they’re owned by shareholders. Getting more specific, corporations are owned by people. Plain and simple. No economic religion, school of thought, or both can get around this basic truth. It’s a useful one when it comes to trying to understand corporate taxes.

Since people own corporations, it’s worth thinking about how they came to be shareholders, or owners. These people chose to delay consumption of their income or wealth so that they could invest the money. Their ownership of shares, their enjoyment of returns on some of those shares is a remuneration of abstinence. But it’s also another statement of the obvious: they’re shareholders because they used some of the wealth that was left over after paying taxes to commit capital to new ideas.

Which brings us to a statistic that is fairly routinely reported in the New York Times. It’s usually mentioned in pejorative fashion. According to the Times, the top 10 percent of American earners own 85% of public company shares.

When you think about it, the number makes sense. Not everyone has money left over after paying for a combination of life’s necessities and luxuries. Since most don’t, we’re reminded of how important the rich are to progress. Precisely because they’re rich, they’ve got unspent wealth. Again, it’s the wealth that’s left over after taxes, along with the purchase of necessities and luxuries, that makes businesses of all sizes possible. There are no entrepreneurs and businesses without investment, and the rich much more often than not provide the investment that creates new businesses, and enables the expansion of others. After they’ve paid taxes.

And while it’s arguably a needless digression, it’s worth remembering also that investing capably is no easy feat. That investment returns well exceed (over time) returns enjoyed by bank account holders is a subtle reminder that investment is far from a sure thing. Some shares implode as a consequence of a company not adjusting to always evolving market conditions, and some slide to zero altogether. To direct one’s savings to new and existing businesses is to risk losing all of those savings.

As for the investments that bear fruit, a big tax bill awaits the shareholders who sell after enjoying a nice return. Basically, government shows up if your intrepid capital commitment to a corporation bears fruit, but this same government isn’t waiting with cash assuming your investment goes to zero. Still, that’s a digression.

The main thing is that a corporation is owned by people, and in particular, people who pay a lot in the way of taxes. As is well known, the rich account for the vast majority of taxes collected by the IRS. That they do rejects Biden’s over-the-top wailing about tax-code injustice.

For Biden to say otherwise, for him to say that corporate tax hikes, and closure of alleged corporate tax loopholes would amount to fairness would be for Biden to misspeak twice. For one, since corporations largely only exist insofar as individuals put after-tax capital to work, this ranting about what’s “not right” amounts to Biden implicitly saying that the IRS hasn’t gotten enough of our individual income such that the tax man will take another swipe at it through the fiction that is the corporate tax. Call the latter double taxation of individual earnings.

Second, for Biden to take a fairness stance on the tax code is for him to protest quite a bit more than too much. That is so because Biden surely must know why everyone related to him (and many who worked for him) grew so well-to-do (and even rich) during his time in the Senate. Does he really just think it was a coincidence? Likely not. Politicians know that money finds its way to them, family members, and friends when they ascend to positions of power. Applied to Biden, the tax code is what it is because politicians and their families enjoy the trappings of wealth too, and they attain wealth by gaming the tax system. In short, for Biden to say “That’s not right” about loopholes is for him to criticize himself.

As for corporate taxes, they’ve been paid (and will be paid) in gargantuan amounts. So long as the tax code penalizes work and investment, corporate taxes will be enormously high. Call them what they are: taxes on individual earnings that harm the individual, and that by extension harm the corporations that operate within what we call an “economy.”

This article, President Biden Is the Latest to Promote the Fib That Corporations Pay No Taxes, was originally published by the American Institute for Economic Research and appears here with permission. Please support their efforts.