Paul Volcker, the Fed, and ‘Tight Credit.’ The Myth That Won’t Die. 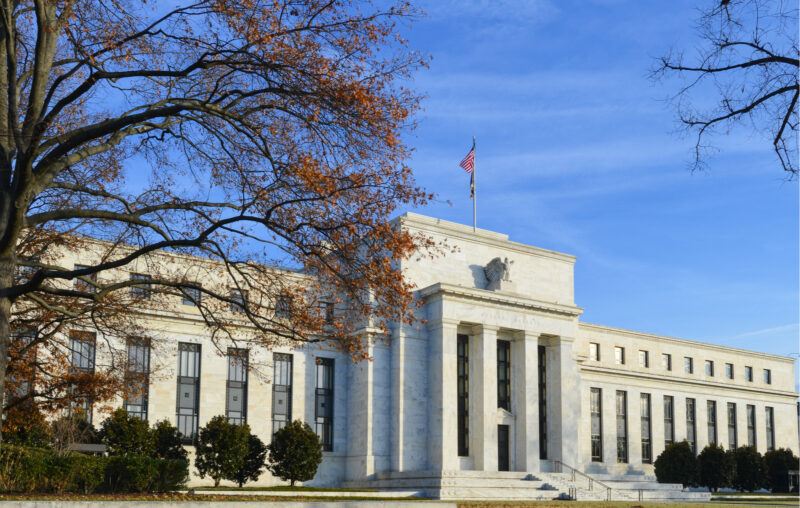 In a recent piece for the New York Times, Lananh Nguyen and Matt Phillips wrote of a happy, and too-easily-forgotten commercial U.S./China commercial reality: “Chinese companies and American investors have long seen the other’s allure: Investors envisioned fortunes to be made from China’s rapid economic growth, and companies coveted the deep pockets and cachet of overseas investors.” Please think about the aforementioned arrangement with commentary about the Federal Reserve top-of-mind.

It’s all a reminder of a very uplifting truth: credit is easily the world’s most fungible commodity. Innovative Chinese entrepreneurs and businesses are not limited by the amount of credit flowing within China itself. And as evidenced by massive capital flows from the world’s savers into the hands of American visionaries, neither is the U.S. limited by credit produced stateside. And it is “credit produced.”

Contrary to the popular view that credit availability is a consequence of central bank generosity, the reality is that credit is always and everywhere an effect of production. Entrepreneurs and businesses seek money for what it can be exchanged for (think trucks, tractors, computers, phones, desks, chairs, paper clips, etc.), at which point the mildly sentient can logically see the connection between production and credit availability. Put another way, no one borrows money. Nor do they lend it. Lending and borrowing are always, always, always the shift of resources from one set of hands to another at a rate of interest sufficient for the lender to forego resource access.

All of which brings us back to China. Nguyen and Phillips note that “As of October, there were 282 Chinese stocks listed in the United States, valued at roughly $1.7 trillion.” The total amounts to roughly 3 percent of the U.S. stock market according to the reporters, but it’s 3 percent of a huge number. Not only do Chinese companies covet “the deep pockets and cachet of overseas investors,” they actively access their capital. Please think about this in terms of recent commentary, and commentary going back decades. In his weekly conversation with Gail Collins, the very excellent New York Times columnist Bret Stephens observed about inflation that “We could bring it down with higher interest rates, and eventually we will probably have to, though that would very likely cause a recession, like it did in the early 1980s.” In the Wall Street Journal, former Fed vice chairman Kevin Warsh asserted that when “monetary policy is too tight, it slows aggregate demand.” More broadly, it’s believed to this day that the late Paul Volcker “whipped” inflation by hiking the Fed funds rate well into the double digits in the early 1980s. According to those who think they’re in the know, “tight” credit slowed inflation. Wrong, wrong, and wrong.

And if the above argument is doubted, consider China again. It ultimately doesn’t matter too much what the Bank of China does, or the CCP, or monetary authorities in general in China. So long as there are productive, innovative business ideas happening in China, there will be capital to fund them.

The globalized nature of credit speaks to how false are the assumptions that the Federal Reserve could cause a “recession” or a slowdown in “aggregate demand” by raising the Fed funds rate. Such a view presumes that the U.S. is an impregnable island in the credit sense. Except that it isn’t. Goodness, if Chinese businesses can easily work around domestic barriers to credit, can anyone seriously believe the Fed capable of cutting off credit access in the very country that is so attractive to the world’s savers? And if your belief is that the Fed, by “setting” the rate for short-term credit can make it “tight,” think again. The cost of credit is set in world markets. To pretend that the Fed can control it is just silly. And naive.

All of which speaks to end an endless myth about the early 1980s that just won’t die. Supposedly Paul Volcker arrested inflation with “tight money.” The belief is absurd on too many levels to count. But with brevity in mind, it should first be said that inflation is a decline in the value of the unit; in our case, the dollar. Measured in gold, the dollar hit all-time lows of $875 with Volcker as Fed chair. To which those with a reasonable understanding of monetary history will point out that the dollar’s exchange value has never been part of the Fed’s portfolio as is. About this, the reasonable would be right. The Fed is not empowered to control inflation as it’s historically been understood to be.

The Volcker myth also presumes that economic growth causes inflation, and that the contraction allegedly engineered by Volcker (he didn’t, but that’s another column) an inflation killer. Except that the Phillips Curve is an easy-to-discredit myth. Precisely because economic growth springs from investment meant to enhance productivity, what economists think is inflationary is the surest sign of rapidly falling prices. Too bad Republicans embrace what’s discredited in pursuit of hagiography that Ronald Reagan (the president whom Volcker served after Jimmy Carter’s loss) himself would likely dismiss were he around to dismiss it.

Lastly, it cannot be stressed enough that the Fed cannot control total credit in the U.S. as is. No doubt it’s fun for economists and pundits to imagine the central bank taking away the proverbial “punch bowl,” but the happier reality is that credit is yet again a global concept. And as such, global resources are relentlessly pushed by investors to their highest use. It’s a long or short way of saying that credit access isn’t a consequence of central bank “ease” or “tightness” as much as it’s a certain consequence of productive ideas. Translated for those who need it, if you have a good idea money will find you.

It’s no surprise that economic types want to believe all good things run through central planners, but readers of political and economic commentary would be wise to be skeptical. The Fed’s power is well overstated. Thankfully. If it had the power that some believe, economies around the world would be so wrecked as to not be worth talking about.

This article, Paul Volcker, the Fed, and ‘Tight Credit.’ The Myth That Won’t Die., was originally published by the American Institute for Economic Research and appears here with permission. Please support their efforts.