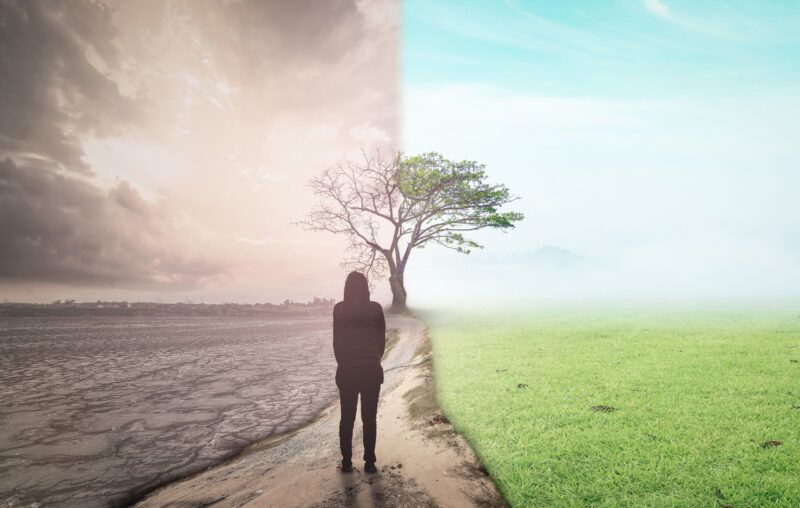 The 1890 short story “An Occurrence at Owl Creek Bridge,” by Civil War vet Ambrose Bierce, teases readers with the notion that protagonist Farquhar, a Southern slaveholder being hanged by Union soldiers for interfering with the bridge, miraculously escaped execution. Only at the end does Bierce reveal that the increasingly bizarre story was simply the final thoughts of the slaveholder’s oxygen-deprived mind as he dangled by his neck from the end of a rope.

Sometimes I feel like the entire world is in its final throes as humanity’s storyline becomes increasingly surreal. Judging by how often I hear other people say “unbelievable,” “beyond belief,” or “incredible,” many others seem to feel likewise.

Too Close to Confederacy for Comfort

The example closest to Bierce’s story is President Biden’s repeated invocation of the U.S. Civil War. That is odd because Biden is on the “bad guy” side. Not all Democrats fought for the South, but many did. The Republican Party arose to fight the Democrats’ grip on power, especially that of their slave-owning power base.

Moreover, Biden hails from Delaware, one of four border slave states to remain tenuously in the Union during the conflict. Slavery remained legal in Delaware until December 1865, after the slaves had been freed in the rebel states.

Delaware, especially the long part of it south of Wilmington on the Delmarva Peninsula, long remained Southern in politics. Biden himself made numerous pro-segregation comments and was political buddies with sundry segregationists, a point covered by the mainstream media until they inexplicably rallied around Biden’s candidacy in early 2020.

In addition, many of the Biden administration’s policies, especially its seemingly open border policy, will negatively influence low income African-Americans. Trump’s hardline immigration policies were, according to an article in Political Research Quarterly, deliberately designed to win black voters back to the GOP. The merits of that strategy aside, African-Americans were indeed thriving economically until the Covid crash, with their unemployment at historic lows. They have improved since the worst days of the lockdowns but appear stuck at twice the level they achieved in early 2020.

A ballot initiative in Oregon, if successful, would essentially ban ranching, trapping, and hunting in the state by outlawing AI (artificial insemination), castration, and slaughter. The city slickers behind the movement would allow themselves to spay and neuter their pets, but the only lawful way to kill a critter in the state would be in the direct protection of human life, like putting down a rabid raccoon. Everything else, like killing an animal to eat or using AI to produce a cow to make milk, would be a criminal offense.

It isn’t clear that the measure will pass or be upheld as constitutional if it does but the mere fact that a group has the audacity to attempt such an outrage does not bode well as the country continues to divide over rural/Republican versus urban/Democratic lines. In 2019, I would have laughed this off but after watching crazy Covidity and the madness in Portland for a year plus now, one has to wonder if bull semen harvesting and scores of other modern husbandry techniques might become criminal offenses in the Beaver State.

Speaking of crazy Covid behaviors, I continue to see masks strewn about, but, if I may paraphrase Johnny Horton’s song “Battle of New Orleans,” not quite as many as there was a while ago.

I did, however, recently stay in an nameless Midwestern town that apparently never got the CDC memo about Covid not being readily transferred via fomites. With nary a mask in sight, and just a few old mask signs around, mostly ripped and ignored, the place remains obsessed with tactile transmission, as if it were March 2020.

One hotel, I kid you not, actually required that breakfast goers put on plastic gloves to retrieve their bagels and pastries and other morning delights. Meanwhile, a maskless employee with a runny nose stood precariously perched, like a sick Condor, next to the waffle machine to ensure compliance.

Flashes of Joy Before the Darkness

Although most bizarre occurrences reek of despair, some spur hope. One such occurrence, at a Midwestern burger chain, recently left me a little teary-eyed. At least 14 people were working at the establishment when I arrived there to get a burger. They were maskless, so I could tell that most were very young, still covered in acne, braces, and the utter joy of serving others while helping themselves. Like Keebler elves, they chatted with each other and customers as some took orders, others cleaned bathrooms, and others, the only ones with gloves on, made burgers, fries, and shakes. The cacophony of their work was mesmerizing, as were their unfeigned smiles in this tipless environment.

But before such occurrences raise your hopes too high, remember the ending of Bierce’s story. Just before the “blinding white light … then all is darkness and silence,” Farquhar imagines that he has safely returned to his family.

This article, Owl Creek Bridge Redux?, was originally published by the American Institute for Economic Research and appears here with permission. Please support their efforts.