Operation Go It Alone: Disenchanted Europeans May Build Their Own Army 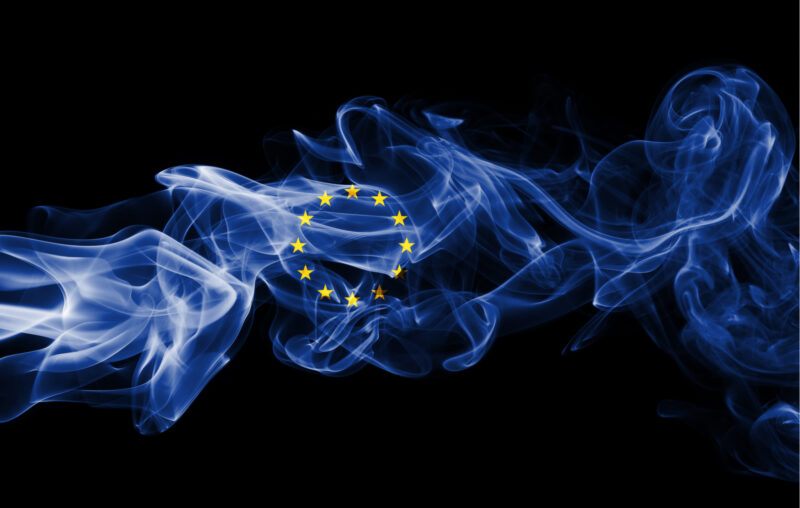 Europeans are a moody lot. Whenever they feel neglected by America — meaning most anytime Washington is busy elsewhere — there is much wailing and gnashing of teeth. And endless demands for “reassurance,” as in additional promises to spend and do even more to defend the continent.

European unease again is on the rise. President Joe Biden’s chaotic Afghanistan withdrawal allegedly without even the pretense of consultation hit Europe particularly hard. There were charges that Biden didn’t coordinate with European governments, which had sizable groups of military personnel and civilians in Afghanistan (The NATO chief denies the alliance wasn’t consulted). It would seem that the continental states have more reason than usual to be upset.

While brickbats tossed Washington’s way aren’t likely to have much effect, Europe’s impotence has spurred renewed interest in expanding the continent’s military capabilities, which could become the most significant consequence of Europe’s involvement in Washington’s 20-year Afghan misadventure.

When European defense ministers gathered in late August, their meeting was filled with complaints of a “fiasco” and “debacle.” They were frustrated that they had no ability to act independently but had to rely on America. Of course, none of this should have been a surprise. French President Emmanuel Macron previously called NATO “brain dead,” promoted “strategic autonomy,” and advocated a “true European army,” with no result. Grandiose ideas of an independent European military force have long circulated to no end. More than two decades ago plans were actually made for a 60,000 multinational force, which never appeared. Nor did later proposals for 1,500-member “battle groups.”

Now Josep Borrell, the European Union’s de facto foreign minister, wants to establish an “initial entry force” of about 5,000 soldiers. He complained: “We Europeans found ourselves — not only for the evacuations out of the Kabul airport but also more broadly — depending on American decisions.” The Afghanistan experience was particularly painful, he observed, showing “that the deficiencies in our strategic autonomy come with a price.” He advocated “new tools like this entry force,” so “The only way forward is to combine our forces and strengthen our capacity and our will to act.”

With an equivalent combined economy and larger population than America, Europe has long had the resources necessary to create such a unit. However, the will was always lacking, even for what would be small ball for America. Has that finally changed?

Significant barriers to action remain. Historically, Washington opposed such an independent European force. U.S. officials feared that separate units would cause penurious Europeans to reduce resources available to NATO. Moreover, past administrations worried that the continent would move toward a more independent foreign and military policy, which is anathema to Washington. The U.S. wants Europe to do more, but only under the former’s control.

Nor has the continent shown any interest in doing more. Despite modest growth in military outlays by a number of European states since 2014, the continent continues to badly lag America’s effort. In a pitifully honest self-review, German Defense Minister Annegret Kramp-Karrenbauer admitted that “Without America’s nuclear and conventional capabilities, Germany and Europe cannot protect themselves.” She cited estimates that “the United States currently provides 75 percent of all NATO capabilities.”

Only France and the United Kingdom possess capable armed forces of serious size. Germany, Italy, and Spain have sizable economies but minimal militaries, in theoretical and practical strength. Indeed, the poor readiness of the Bundeswehr, the heir to the once mighty Wehrmacht, would be comical if not so serious. Even countries which claim to fear Russian revanchism, most notably the three Baltic states and Poland, spend little more than 2 percent of GDP, a miserly investment on behalf of their freedom. In the field, noted Rem Korteweg of the Dutch Clingendael Institute, Bosnia and Libya demonstrated “the inability of Europeans to do anything serious without the Americans.”

Although most European leaders formally assent to NATO insistence that they spend more, there is no public support for doing so. Most Europeans do not fear Russia, the only plausible security threat. Those who do expect Washington to shield them. That is why the eastern-most members of NATO want the presence of an American military tripwire, to ensure U.S. deaths (not theirs) and trigger automatic American involvement in war on their behalf if attacked by Moscow. Fear of U.S. disengagement might cause more European countries to spend more on their militaries, but so far no one expects the American military to go home. As long as Washington’s security guarantee appears secure, few European nations are likely to make an added investment in a European “initial entry force.”

Indeed, Europeans do not support going to war for their neighbors even while expecting Americans to go to war for them. Last year the Pew Research Center surveyed 14 NATO members. In Poland, which constantly demands more U.S. attention, only 40 percent of respondents agreed that “our country should use military force” in response to a Russian attack on a NATO ally. Just a third in Germany, which was loaded with allied troops during the Cold War. And a quarter in Greece and Italy. Although many governments are more supportive of NATO and military outlays than their publics, at a time of economic difficulty and fiscal stringency they are more likely to curb than expand spending on the armed forces.

President Biden should strongly support European efforts to create more effective militaries, however they are organized. Indeed, he should go further and encourage the continent to move toward military independence.

Although advocates of staying in Afghanistan forever pointed to U.S. deployments in Europe and Asia as precedent, foreign policy scholar Mark Sheetz noted that “the purpose of America’s ‘temporary’ intervention in Western Europe was to eliminate the need for ‘permanent’ intervention.” Similarly, Dwight Eisenhower, NATO supreme commander before becoming president, warned against acting like “a modern Rome guarding the far frontiers with our legions.” Instead, he advocated helping “these people [to] regain their confidence and get on their own military feet.”

Of course, establishing a 5,000-member rapid deployment force would be only a small start to Europeans getting “on their own military feet.” The Center for American Progress recently reported: “European militaries have now experienced decades of decline. Today, much of Europe’s military hardware is in a shocking state of disrepair. … European forces aren’t ready to fight with the equipment they have, and the equipment they have isn’t good enough.”

However, the crushing embarrassment of Afghanistan might help change that. Paolo Gentiloni, EU commissioner and former Italian prime minister, allowed that “It’s a terrible paradox, but this debacle could be the start of Europe’s moment.” Although only if Europe chooses to spend and do more.

History is not promising, but reality might finally intrude. The Europeans lack credibility in criticizing Washington’s admittedly wretched performance in Afghanistan. Their insults will merely antagonize Americans tired of European cheap-riding. And defense subsidies for Europe will inevitably be targeted as Washington’s debt explodes, heading toward the post-World War II record and ultimately well beyond.

The Afghanistan imbroglio provided Europe with a long overdue wake-up call. The Biden administration should reinforce that message by warning that the U.S. will not forever provide defense welfare for a continent both prosperous and populous. If European governments don’t like being treated dismissively by Washington, they need the capability and will to act independently.

This article, Operation Go It Alone: Disenchanted Europeans May Build Their Own Army, was originally published by the American Institute for Economic Research and appears here with permission. Please support their efforts.