Once Again, There’s No Such Thing as Market Fundamentalism 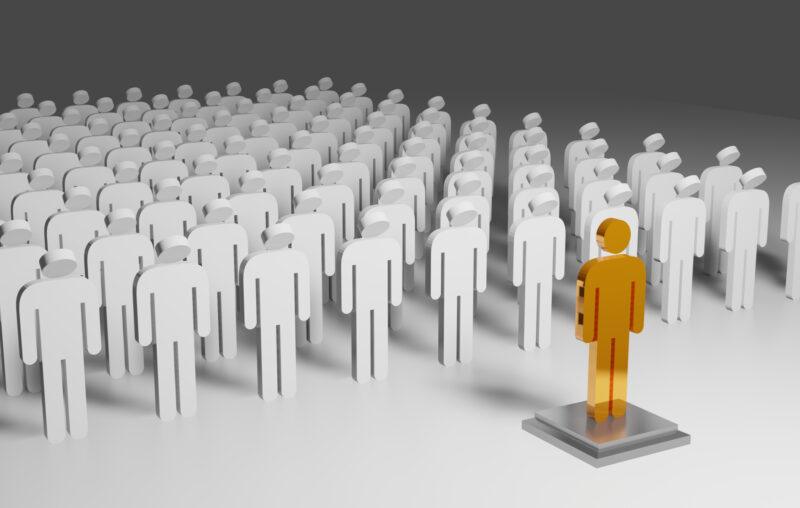 In September 2021, I wrote a two-part article for Future of Freedom entitled “There’s No Such Thing as Market Fundamentalism.” My argument was that people who say that those of us who favor liberty are just “fundamentalists” are mistaken. Fundamentalist thinking involves the acceptance of some belief simply because some authority has said that it is true. Defenders of liberty advance reasons for our position, not fundamentalist claims.

I raise this issue because a recent article in The American Conservative by Declan Leary entitled “We Are Not Pencils” contends that libertarians who embrace the argument made by Leonard Read in his famous essay “I, Pencil” are guilty of fundamentalist thinking.

What prompted him to write his piece is our current “supply chain” problem. He sees deep trouble in our reliance on global trade. Leary writes, “’I, Pencil’ treats supply chains in the language of religion. They are miracles in which we must have faith. They are the product of some inscrutable but benevolent superhuman intelligence. The precision alone of the Invisible Hand demands from us reverence and wonder.”

But Read never said anything like that. He explained how human beings will engage in mutually beneficial production and trade as long as they are free to do so. He advocates leaving all human energy free if we want to achieve the highest standard of living. There is nothing even vaguely religious about it. The spontaneous order generated by humans following their self-interest is not a “miracle” but the entirely predictable result of freedom.

All we have here is another “conservative” attempt at discrediting libertarians for their principled support of freedom.

Let’s delve further into Leary’s case. He’s upset because, as he sees things, the invisible hand of the free market is failing us.

“Right now,” he continues, “all across America and elsewhere in the world, shelves that would have been stocked two years ago stand empty for days on end. At major ports along the coasts, massive and mounting quantities of cargo are backed up waiting for distribution networks to ‘naturally, yes automatically’ sort themselves out. The same great chains that just yesterday brought us cheap clothes and biohazards from our neighbors across the ocean now, by and large, are frozen at best and fractured at worst.”

True enough, but why did that happen? Did the “miracle” stop working?

No, not at all. Global (and national) commerce has been disrupted by a series of events brought about by government interference. The COVID-19 pandemic that triggered our current economic troubles would never have occurred but for governmentally sponsored “gain of function” research. Then, the problems with unloading ships and moving cargo out by truck was exacerbated by government labor laws. Let’s not blame the “invisible hand” when it’s government intervention that has so messed up its nervous system.

Leary then goes on to complain, “The Invisible Hand wrenched away not just American jobs but America’s very capacity to produce things.”

That’s standard interventionist rhetoric — we hear such talk from both left-wing and right-wing statists — but it simply isn’t true. Americans still produce a vast amount of stuff and would be able to produce still more if it weren’t for the vast array of laws and regulations that impede work and output.

Leary continues in his apocalyptic vein, declaring that when the market doesn’t work, “we find ourselves thoroughly screwed.” That’s also far from the truth. Despite the way that governments have interfered with trade, we still find that most things we need are available, as sellers do their utmost to work around the obstacles. Shelves in American stores are less full than before, but they are not empty. Consumers are infinitely better off than were shoppers in, say, the old Soviet Union, where the overwhelmingly Soviet-produced goods were scarce and of miserable quality. Ditto for Cuba today.

So just what does Leary recommend?

“(W)e can reject the miracle, as fully as we’re able. Withdraw from the global system and reconnect ourselves to local, tangible, human networks of production and consumption. Accept, humbly, that subjection to forces we cannot control may not be a reasonable price for the creation of products we could not have made.”

I doubt very much that Mr. Leary is prepared to follow his own counsel.  Of course, he is perfectly free to only buy things made in his locale, but that would mean no computers, cell phones, tropical fruits, seafood (except for locally caught fish), music (except for performances by local musicians), the Internet, power tools, and much more. Oh yes, pencils, too. If he wants to live like the Amish, that’s fine with me, but I prefer not to withdraw from the global trading system.

Furthermore, Leary neglects the danger that autarky brings. Suppose that the United States were to aim for the self-sufficiency that he finds so admirable. What happens when disaster strikes? Droughts, floods, hurricanes, and earthquakes will continue to occur, and when they do, the supply networks that Leary finds so worrisome provide the means for immediate sustenance and the resources for rapid recovery. If we have withdrawn from them, the suffering will be much greater and more protracted.

Does Leary merely advise us to consider buying locally?

I have always found that people who profess to dislike the market — communitarians, socialists, populists — are never content merely to suggest that we ought to adopt some alternative. They want their way and demand that the rest of us go along. Sure enough, Leary writes that people who are afraid of global trade should “encourage the production of complex goods at sustainable levels — e.g., with regulations and incentives to build and buy in country.”

Of course, those “regulations and incentives” will require government force. They will mean political battles to determine what and who will qualify for incentives, and how much. They will mean the hiring of government officials to oversee and enforce the system of national (and why not regional and local?) autonomy. The result will be a lower standard of living combined with an increase in the deadweight cost of government.

I prefer to stick with Leonard Read and complete economic liberty. That is not because I have “faith” in the market. When faced with that criticism once, the great economist Thomas Sowell rightly responded, “I don’t have faith in the market; I have evidence about the market.”

This article, Once Again, There’s No Such Thing as Market Fundamentalism, was originally published by the American Institute for Economic Research and appears here with permission. Please support their efforts.