On Hayek’s “Kinds of Order in Society,” Part II 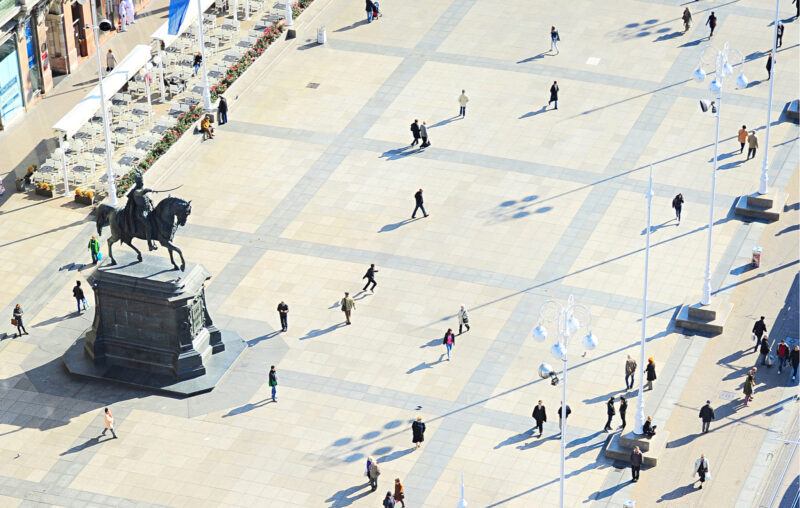 I concluded my previous column by blaming much policy mischief on the human instinct (perhaps a better word is “habit”) of interpreting all social order – including economic order – as being the consequence of conscious organization. This conclusion reflects the fact that my worldview is influenced so heavily by the work of F.A. Hayek, not least his relatively obscure 1964 New Individualist article, “Kinds of Order in Society.”

In this remarkable essay, Hayek identified two kinds of social orders, “organizations” and “spontaneous orders.” These orders differ from each other categorically.

Organizations are consciously designed arrangements of human beings, each with an assigned task or set of tasks. Each organization is meant by its designer, or designers, to achieve a particular goal. An example is a hunting party arranged and carried out by our hunting-and-gathering ancestors.

Another example of an organization, one familiar to us today, is a restaurant. An entrepreneur purchases space, kitchen equipment, and other inputs, as well as hires workers, all for the purpose of earning as much profit as possible through the sales of meals to customers. The owner consciously chooses how the restaurant will operate – for example, what sorts of food to offer for sale, the restaurant’s décor, and the number of workers to employ. The owner also institutes various rules to govern the restaurant’s operation, not the least of which involve specifying the tasks that each employee will be expected to perform and the amount of discretion each employee will be given to respond to whatever particular detailed circumstances each of the employees will encounter while on the job.

The crucial fact is that the restaurant, like the prehistoric hunting party, is consciously organized to pursue a particular goal in a particular manner. In the case of the restaurant, that goal is monetary profit for the owner – profit pursued by offering meals for sales to customers. Each employee of the restaurant agrees, in exchange for pay, to assist the owner to achieve the goal chosen by the owner. While on the job – while in the capacity of employee – no worker pursues his or her own freely chosen goals. Each worker agrees to have his or her actions directed, either directly by the commands of a supervisor or by a set of rules, to perform tasks that are meant to further the achievement of the organization’s purpose.

In the case of a restaurant, determining whether or not this organization achieved its goals is easy. The goal is achieved if the excess of revenues over costs is high enough to persuade the owner to continue operating the restaurant in the current manner. The same is true of all for-profit firms, from the smallest one-person operation to the largest multinational corporation: If revenues over costs are sufficiently high, the organization can be said to achieve its goal; if not, not.

The most obvious example of a useful spontaneous order is language. Language is clearly (to use a phrase much-favored by Hayek) the result of human action but not of human design. Languages emerged from human beings attempting to communicate with each other. Yet no one consciously decided what specific words and sounds refer to, or mean, in any language. The word “chair” emerged over time to mean the particular thing that it today means to those who speak English.

Being undesigned, it follows that language was not designed to serve any purpose or to achieve some particular goal. It would be silly to talk about the goal of the English language or of the Korean language. And yet language does indeed enable each of us as individuals to better pursue our own goals. The shopper uses language to explain to the store clerk just what items he wishes to buy, and the store clerk, at the end of her work day, uses language to inform the cab driver of her destination. But the shopper and the store clerk, by using the same language, are not together acting to achieve some higher goal. Further, it would be mistaken to describe language as having among its goals the service of the shopper and of the store clerk.

Another example of a spontaneous order is the global market. No one designed today’s division of labor – with some of us working as plumbers, others of us as web designers, yet others of us as butchers, brewers, bakers, or baseball players. And no one designed the indescribably complex pattern of exchange relationships that enable each of us to enjoy the fabulous prosperity that each of us enjoys. And yet these phenomena are real. They are the result of human action but not of human design. The market, like language, provides enormous assistance to each of us as we each pursue our own individual goals. But the market, also like language, has no overarching goal toward which it aims.

The Unjustified Bias Against Spontaneous Orders

The human mind, alas, is much less comfortable with spontaneous order than with organization. Individuals interacting with each other in ways that no one planned seems, to many people, to be obviously inferior to individuals interacting with each other according to a plan. Just look at successful corporations; they’re planned to fulfill a particular goal. Likewise, when a government is in a desperate shooting war against other governments, it takes control of the economy and directs it according to a plan designed to defeat the dreaded enemy.

Surely – the reasoning goes – the economy would produce much better results if it, too, were always run according to a plan rather than left to drift aimlessly with no intended direction.

Since the publication in 1776 of Adam Smith’s Inquiry Into the Nature and Causes of the Wealth of Nations, economists have made a compelling case that the material results of competitive market processes will be far superior to those produced by government interventions designed to bring about particular, concrete outcomes. But although Hayek agreed with this conclusion, in his criticisms of government planning he often emphasized a different point – namely, that insofar as economic arrangements are planned by government, each individual is conscripted to serve ends that are not of his or her choosing.

A beautiful feature of spontaneous orders is that they maximize the scope of each individual to choose – and to pursue with much hope of success – his or her own unique goals without having to agree with the goals chosen by others or to have to sacrifice his or her goals to the goals of other people. Also, in a spontaneous order no individual is thwarted in the pursuit of his or her goals simply because these goals are inconsistent with some overarching plan.

We humans often use homeowners’ associations, firms, and other organizations to improve our prospects of achieving particular goals. But the undeniable usefulness of organizations in certain circumstances should not be mistaken as evidence that organizations are superior to spontaneous orders. Each of these two kinds of order in society has its proper place. And just as it would be foolish to expect, say, a business firm that produces automobiles to emerge spontaneously without someone intending to create such a firm and plan its operation, it is foolish to expect that the economy as a whole can be successfully planned and operated as if it were a business firm or a military unit.

There are, to repeat, two kinds of order in society. It’s time we stopped glorifying and overestimating one, and ignoring the reality, or discounting the marvels, of the other.

This article, On Hayek’s “Kinds of Order in Society,” Part II, was originally published by the American Institute for Economic Research and appears here with permission. Please support their efforts.