On Hayek’s “Kinds of Order in Society,” Part I 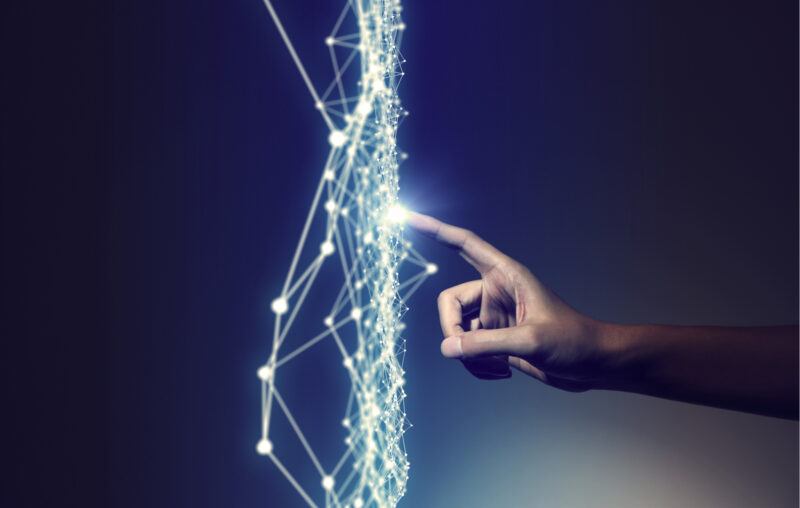 F.A. Hayek wrote several books and articles that are justly famous. At the top of this list is his 1944 surprise best-seller, The Road to Serfdom, followed next by his 1960 volume, The Constitution of Liberty. Each of these books is well known to popular audiences. As for his articles, his 1945 paper “The Use of Knowledge in Society” is singularly renowned, at least among economists.

Lesser known, but still prominent among scholars working in the tradition of market-process economics and classical liberalism, are Hayek’s 1937 paper “Economics and Knowledge,” his 1945 lecture “Individualism: True and False,” his 1974 Nobel lecture, “The Pretense of Knowledge,” and his 1970s trilogy, Law, Legislation, & Liberty.

But because Hayek’s professional life spanned more than 60 years – from the mid-1920s until the late 1980s – the corpus of his work is enormous, with most of it being relatively obscure. Here’s a sampling of some of my favorites among Hayek’s lesser-known works: his 1933 lecture “The Trend of Economic Thinking,” his 1952 book The Counter-Revolution of Science (now included in Studies on the Abuse & Decline of Reason), his 1946 lecture “The Meaning of Competition,” his 1962 lecture “The Economy, Science, and Politics,” and his 1976 essay “The New Confusion About ‘Planning.’”

But my very favorite of Hayek’s many superb but lesser-known works is his paper that first appeared in the Winter 1964 issue of New Individualist Review: “Kinds of Order in Society.” This paper is a work of genius. A great deal of confusion about society, and about government’s role in it would be swept away were this paper’s core message more widely understood.

Allow me to explain. To do so adequately, however, requires first a description of some foundational realities upon which Hayek built his argument.

This fact explains the omnipresence of human cooperation. Such cooperation began eons ago in small hunting and gathering bands in which each individual personally knew those with whom he or she cooperated. Today, this cooperation literally spans the globe and occurs among billions of people, nearly all of whom are strangers to each other.

When the cooperation is only among individuals who know each other personally – that is, only among a very small number of persons – it’s easy for each person to comprehend the nature of the cooperative arrangement. For example, John, Steve, and Sven agree to go out together at dawn to hunt, while it’’s understood by all that Sarah, Sally, and Sue will remain by the tents and prepare a fire for cooking.

No prehistoric social scientist was necessary to discover and reveal the nature of such simple cooperation – to theorize about how it arose and what purposes it serves.

The human mind, however, isn’t evolved to be able to know more than a few hundred individuals. If we cooperated only with individuals we know, the span of our cooperation would remain extremely narrow and, hence, the results of our cooperative efforts would be correspondingly meager.

Fortunately, our inability to personally know more than a handful of fellow human beings is offset by our instinct to adopt and follow rules. By following rules we can, and do, increase the number of individuals with whom we cooperate beyond the number that we personally know.

An example is trade, which has at its base this rule: Each person is entitled only to what other people voluntarily give to him or her. No one gets to take other people’s stuff without their permission. Under this rule, if Jones wants some item, say an axe, owned by Smith, Jones understands that he can get this axe only by persuading Smith to give it to him. And especially if Smith is a stranger to Jones, the most obvious way for Jones to persuade Smith to give him the axe is for Jones to agree to give some other item – say, a barrel of beer – to Smith in exchange.

By following this simple rule – “Each person is entitled only to what other people voluntarily give to him or her” – each of us can cooperate with strangers. Jones doesn’t have to know Smith, or to personally work with Smith to produce the axe, in order to gain (to “profit”) from Smith’s ability to produce axes. Likewise, by following this rule, Smith doesn’t have to know Jones, or to help him brew beer, in order to gain from Jones’s ability and willingness to brew beer.

Trade allows each of us to tap into the unique talents, interests, and endowments of our trading partners, be they neighbors across the street or strangers across the ocean. And trade is possible because its most basic rule is easily understood by every human being regardless of cultural background.

Trade is not the only activity made possible by our rule-following instincts. Without sophisticated rule-following behavior, life in groups larger than the small band would be impossible.

Think of yourself in a big city. You know not to practice playing your trumpet or your drums at midnight, and you know that other people follow a similar rule, which enables you – and others – to rely on being able to sleep each night. You know that when you come with your filled grocery cart upon a queue at the supermarket checkout lane, you take your place at the back of that line – and you’re content to do so because you know that other people will follow the same rule. You know that you aren’t allowed, without invitation, to enter premises belonging to other people. You know what green lights and red lights mean to motorists. You know that even though the restaurant serves you food before you pay for it, that you must pay for it when you’re done dining.

Because humans are rule-following creatures, you thrive amongst strangers. By following the rules that prevail in a society, not only are harmful and disruptive encounters kept to a minimum, each individual – by knowing that countless strangers will follow the same rules that he or she follows – is able to plan courses of action in ways that would be impossible if rules didn’t exist.

Our rule-following behavior gives rise to ever-more complex – and ever-more productive – patterns of cooperative interaction. These patterns are not only not designed by anyone, they could not possibly be so designed. Furthermore, these patterns cannot be directly observed and understood in the same way that our hunting and gathering ancestors could directly observe and ‘fully’ understand their simple cooperative endeavors.

And yet, because we today still have the same brains as did our hunting and gathering ancestors, we are unable, without real intellectual effort, to perceive – and much less to make sense of – the complex patterns of social cooperation in which each of us participates daily.

In “Kinds of Order in Society,” Hayek identified two categorically different kinds of orders – “spontaneous orders” and “organizations” – that are both common and useful to humans. Each of us is part of both kinds of orders. Yet we instinctively suppose that only one kind of these orders – namely, organizations – is possible. As I’ll explain in my next column, our instinct of interpreting all order as being the consequence of conscious organization is the root of much mischief.

This article, On Hayek’s “Kinds of Order in Society,” Part I, was originally published by the American Institute for Economic Research and appears here with permission. Please support their efforts.