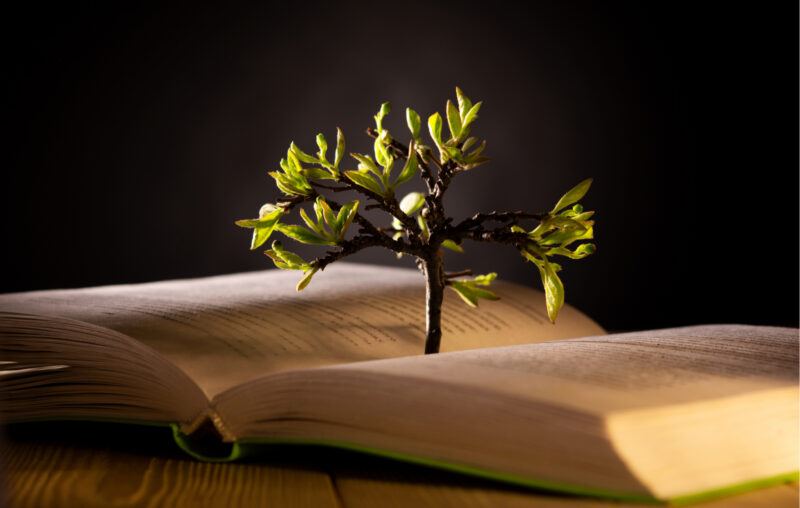 “If free society is to persist, or improve, the people must learn that problems are to be solved only by intelligent agreement through genuine free discussion–beginning with identification of those that are real and soluble and struggling with those rather than quarreling over evils that are unreal or palpably in the nature of things and hence irremediable.”

In 1958, the University of Chicago economist Frank H. Knight (1885-1972) visited the Thomas Jefferson Center for Studies in Political Economy, the intellectual brainchild of his former students James M. Buchanan and G. Warren Nutter, at the University of Virginia. The lectures he gave appeared in 1960 as Intelligence and Democratic Action. It is the fruit of many years spent wrestling with fundamental issues. Readers will not find easy answers, but it is an excellent introduction to how an eminent scholar thought about timeless questions.

In a recent paper, the economists David C. Coker and Ross B. Emmett argue that it shows how Knight influenced early public choice. They note that the timing of Knight’s visit was when Buchanan and Gordon Tullock were wrestling with the ideas that became The Calculus of Consent (1962) and Buchanan’s Presidential Address to the Southern Economic Association, “What Should Economists Do?” (1964). In the Foreword to Intelligence and Democratic Action, Buchanan and his colleague G. Warren Nutter write that for people “encountering Frank Knight here for the first time, this little book serves as ample introduction.” I heartily concur, and I suspect readers will find its depth and breadth far exceeds what one might expect from a book that is only 177 pages long. It still has a lot to teach us more than sixty years after it was published, and it reinforces my conviction that scholars should add a few more old books to their reading lists.

Buchanan, who won the Nobel Prize in 1986 for developing public choice theory, kept a picture of Knight in his office alongside a picture of the Swedish economist Knut Wicksell. He is not as widely known as the British economist John Maynard Keynes, but as Robert H. Nelson has written, “it would not be farfetched” to rank Knight with Keynes in terms of his effect on the twentieth century. Had he not passed away in 1972, there is an excellent chance Knight would have won a Nobel Prize. In Intelligence and Democratic Action, Knight wrestles with aspects of liberty, dignity, and equality that are as important today as they were when he made his visit to Charlottesville.

“Democracy” means a lot of things to a lot of people. To some, it simply means “majority rule.” For others, it is “whatever is good for the demos.” Knight follows the 19th century British Liberal Party member of Parliament and academic Lord James Bryce and defines democracy as “government by discussion” (pp. 2, 163). Knight argues that a self-governing, democratic polity governs itself by reaching substantial consensus through the free exchange of ideas. Through ongoing conversation, people reach tolerable consensus on what is to be done, how, where, when, and by whom. They can do this by letting people subject any idea or proposition to analysis, interrogation, and critique. While the process is undoubtedly imperfect, it has worked at least well enough to give us the world.

Knight emphasizes discussion and education but is enough of a realist to know that these are not panaceas. He mentions Frederic Bastiat’s famous “Candlemakers’ Petition,” which skewers the case for protectionism but which, Knight points out, seems to have had no discernible effect on public policy. It would be easy to survey the political and cultural landscape and think Knight’s emphasis on education might be wishful thinking. Still, he is also well aware that things used to be and could be much, much worse. As Bryan Caplan argues in his 2007 book The Myth of the Rational Voter (which he summarized in this Cato Institute Policy Analysis), the better-educated tend to treat economic issues more like economists do. I remain guardedly optimistic about the prospects for improved education to translate into better public policy.

Better, at any rate, but not perfect. Knight explains that “what has to be known in order to act intelligently by anybody in any condition is what can be done, the consequences of the possible courses of action (including not acting), and especially the appraisal of the results of different courses of acting or not acting” (p. 40). A moment’s attention to the passing scene shows that we fall far short of these prerequisites frequently.

We might fail to reach these standards because liberal, democratic societies are recent and rare. Due to our history and conditioning in small tribes and bands, Knight notes, “Man is naturally a partisan and a gangster” (p. 32). He describes human beings colorfully throughout the book. It is clear he sees people as more than just the consuming machines of homo economicus-inspired economic models. A person is an animal, and not just any animal. Knight describes man as “an opinionated animal, and contentious, as well as romantic (uncritical) in forming opinions” (p. 9). He is “the talking animal” (p. 49), “the opinionated animal” (p. 52), and “a grammatical and superstitious animal, a contentious animal, a competitive animal” (p. 52) who is “not the social animal he pretends to be, either” (p. 53). He is rather “the antisocial social animal” (p. 53), “a moralizing animal” (p. 132), and “a disagreeing animal” (pp. 114, 132) who acts as “an opinionated animal, conceited, prejudiced, dogmatic and addicted to regard his opinions as sacred or absolute” (p. 132). Does this mean he needs to be ruled? No: Knight describes “Adam Smith’s insidious and wily animal, the statesman or politician” (p. 121) who is a partisan and gangster himself and, therefore, probably not to be trusted to run others’ lives.

In this light, we should consider his analysis of monopoly and competition in public opinion. He argues against the popular-but-wrong notion of a fundamental tension between “capital” and “labor” where “capital” employs and exploits labor. Specifically, he emphasizes the importance of the decision-making, risk-taking entrepreneur who hires both and is rewarded with profits or punished with losses after all the factors of production have been paid. We are too fearful of commercial monopolies, he argues, and not critical enough of the damage wrought by politically favored monopolies:

“Labor Unions and restrictionist farm organizations supported by public opinion and political action are far more likely to raise prices by restricting production. These are much more costly to society and are unjustifiable on any grounds, though the organizations have other quite legitimate functions. This again reflects the general prejudice against business. I still think Adam Smith is largely right: if the government would keep its hands clean of encouraging monopolies, much of the problem would very largely take care of itself.” (p. 99)

“Political action” in a society where concentrated benefits routinely run roughshod over dispersed costs leaves me a little skeptical. However, the onset of sustained economic growth in response to the Bourgeois Deal–which people embraced as part of an ethical change that substantially altered “public opinion”–makes me a bit more optimistic.

In some ways, Intelligence and Democratic Action is frustrating because it offers many questions without a lot of specific answers (and in the interests of brevity, I’m leaving out a lot). Asking the right questions, Knight notes, is the most important and most difficult intellectual and scientific task, and the obligation takes on added moral and political weight in a society that is governed by discussion. Intelligence and Democratic Action is the work of a distinguished and influential scholar who spent a lifetime wrestling with the tensions between the real and the ideal, the actual and the imagined. It is a brief but deep exploration of the contours of the social sciences, and it is worth serious consideration by anyone concerned with the foundations of a free and prosperous society.

This article, On Frank Knight, Intelligence and Democratic Action, was originally published by the American Institute for Economic Research and appears here with permission. Please support their efforts.