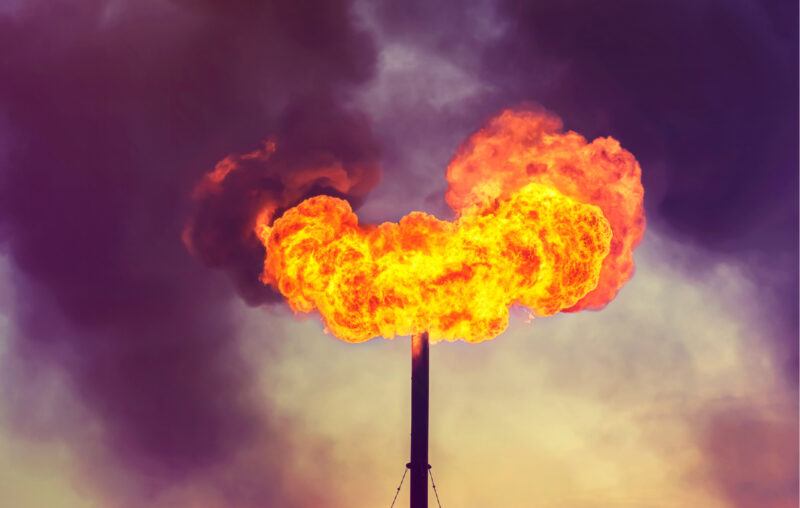 In a November 2021 article in The Guardian, authors Geoffrey Supran and Naomi Oreskes—a research associate and a professor in Harvard’s Department of the History of Science—denounced Big Oil for advertisements that the authors claim were misleading or worse. Lest there be any doubt about the authors’ conclusions, the article, The Forgotten Oil Ads that Told Us Climate Change was Nothing, is categorized under: Climate crimes.

The authors make seven distinct charges. The first is that oil companies have known about global warming and its potentially dire effects for six decades, yet industry ads falsely promoted:

To make their case, Supran and Oreskes cite ads that they find particularly egregious. But were the ads egregious at the time? And are they today?

This evidence is unconvincing. First, Teller was mistaken. In 1959, the global atmospheric CO2 level was 318 ppm (parts per million). Today, it is one-third higher and rising. Yet the ice cap has not melted, and New York City remains comfortably above sea level.

The Exxon study to which Supran and Oreskes link was done by a summer employee, and its accompanying cover memo (written, presumably, by a supervisor) provides important context:

Present climatic models predict that the present trend of fossil fuel use will lead to dramatic climatic changes within the next 75 years. However, it is not obvious whether these changes will be all bad or all good…

It must be realized that there is great uncertainty in the existing climate models because of a poor understanding of the atmospheric/terrestrial/oceanic CO2 balance. Much more study and research in this area is required before major changes in energy type usage could be recommended

Finally, in the 1970s, contrary to the impression given by the former Exxon employee (a chemical engineer, not a climate scientist), global cooling was the reigning fear, not global warming.

Moreover, the verdict was still out regarding the tradeoff between global cooling from sulfur dioxide (SO2) emissions and global warming from CO2. In Ecoscience: Population, Resources, Environment (1977: p. 686), Paul Ehrlich and John Holdren wrote:

[T]here can be scant consolation in the idea that a man-made warming trend might cancel out a natural cooling trend. Since the different factors producing the two trends do so by influencing different parts of Earth’s complicated climatic machinery, it is most unlikely that the associated effects on circulation patterns would cancel each other.

Global Warming as Theory, Not Fact?

The predominance of anthropogenic global warming is now widely accepted as fact, although amount, timing, and response remain open questions. But when the ads in question were published, that fact had not yet been established. James Hansen’s 1988 Senate testimony proclaiming anthropogenic global warming was particularly controversial. As Richard Kerr wrote in Science magazine the next year:

If many of Hansen’s colleagues find his first point about the warming trend regrettable, they view his second–that the warming could, with “high confidence,” be linked to the greenhouse effect–as unforgivable. None of the select greenhouse researchers at the meeting could agree with him. ‘Taken together, his statements have given people the feeling the greenhouse effect has been detected with certitude,’ says Michael Schlesinger, himself a modeler at Oregon State University. “Our current understanding does not support that.”

The ad titled Lies They Tell Our Children (Mobil Oil: 1984) lists a half-dozen environmental threats, including the greenhouse effect, that had sent Herbert I. London’s 13-year-old daughter home from school in tears. She had been taught that the threats would eliminate her future, inspiring London to write, Why are They Lying to Our Children? The ad quotes London’s book, which documented real progress made in reducing pollution—progress that has since continued apace.

The second ad, Apocalypse No (Mobil Oil: 1993), dealt directly with global warming. It mentions the Heidelberg Appeal signed by over 250 scientists from around the world, which warned against “making important environmental decisions based on ‘pseudo-scientific arguments or false and non-relevant data.’”

The ad lists some of the uncertainties surrounding climate change—uncertainties that still exist today, nearly 30 years later—such as “the interplay between oceans and the atmosphere,” cloud complexity, and the inability of computer models to accurately “back-predict” global temperatures over the last century.

Science: What We Know and Don’t Know (Mobil: 1997), provides a summary of the issues surrounding CO2 emissions. It notes that an “IPCC lead author conceded to the ‘uncertainty’ inherent in computer climate modeling”—uncertainty that still exists. The ad also questions the efficacy of proposed solutions. This is a real concern given that government-imposed “solutions” such as corn-based ethanol have (a) often made the problem worse (as The Guardian reported in 2014), and (b) are politically impossible to kill.

If climate change truly is an existential threat, it is imperative that we understand the science well enough so that we “first do no harm.”

The fourth ad, Unsettled Science (ExxonMobil: 2000), discussed the causes, then still being debated, behind the one-degree Fahrenheit temperature increase in the previous 150 years and the problems of modeling future trends. As James Hansen stated at the time: “The forcings that drive long-term climate change are not known with an accuracy sufficient to define future climate change.”

The Climategate controversy that erupted nine years later revealed that leading IPCC scientists were debating the very issues that ExxonMobil raised, including the existence of a Medieval Warming Period.

“Don’t Risk Our Economic Future,” a 1997 ad from the Global Climate Coalition (of which Exxon was a member) warned of energy rationing from a United Nations climate treaty that would disadvantage the United States relative to other nations not under similar requirements.

Today, the risks of government-driven substitutions of wind and solar for natural gas and coal in electric generation are well known. The Great Texas Power Shortage of 2021 and the UK/EU energy crisis of winter 2021/2022 are testament to the dangers of climate policy.

Finally, the charge of “scaremongering” coming from climate alarmists requires more than a bit of chutzpah. In 2005, for example, The Guardian published the article, 50m Environmental Refugees by end of Decade, UN Warns.

Not Our Fault, It’s Yours?

The authors criticize advertisements by “beyond petroleum” BP (formerly British Petroleum) for focusing attention on individual “carbon footprints,” which “mimics big tobacco’s effort to combat criticism and defend against litigation and regulation….”

But oil companies are in business because people, industries, and governments need their products and buy them. Hundreds of millions of their customers, quite literally, can’t live without them. And, unlike tobacco, as James Hansen noted, “Fossil fuels raised living standards in much of the world.” He also observed that “The frequent comparison of the fossil fuel and tobacco industries is nonsense.”

Supran and Oreskes have their best case with these ads; big oil plans to remain big oil for the foreseeable future. While companies have invested in alternative fuels research, their focus is on petroleum and petroleum products.

Eco-lobbyists have forced oil companies to investigate renewables, but that begs the question by assuming that renewables are, in fact, “green.” For example, Great Britain has invested heavily in biomass power plants; environmentalists complain that Britain’s biomass plants are dependent upon wood pellets that come from U.S. forests. Industrial wind turbines have negative health effects on nearby residents, and hundreds of wind and solar projects have been stopped or delayed because of environmental concerns.

Further, the authors ignore the very real environmental advantages of fossil fuels. Not only did crude oil save Great Britain’s forests and kerosene save sperm whales from extinction, but gasoline also helped clean up our cities’ streets. Animal power turned streets into filthy breeding grounds for disease, reeking of manure and urine and swarming with flies.

In addition to the tons of waste that had to be collected and carted away each day, the bodies of thousands of dead horses also had to be removed. Every year, large American cities had to remove 10,000 to 15,000 horse carcasses from their streets.

Fossil fuels also ended the need for clear-cutting forests for firewood and for burning wood and dung to keep warm. The health benefits of ending such practices are substantial.

Wind and solar rely on natural gas turbines for backup. Moreover, America’s switch from coal to natural gas as its primary fuel for producing electricity was a major factor in its CO2 emission reductions over the last few decades.

Supran and Oreskes condemn oil company ads on their premise of a man-made climate “crisis”; their divination of a sinister industry strategy; disregard for the environmental, economic, and health benefits of high-energy civilization; and on a liberal use of pejorative words and phrases such as “disinformation,” “propaganda,” “climate denial,” “scaremongering,” and “greenwashing.”

Fortunately for their readers, and unfortunately for their claims, the authors included images of advertisements that presumably represent the worst of the worst. But an impartial reading of them reveals rational commentary on the knowns and unknowns of energy and climate. The ads are hardly controversial.

This article, Old Oil Ads Were Reasonable on Climate Change, was originally published by the American Institute for Economic Research and appears here with permission. Please support their efforts.