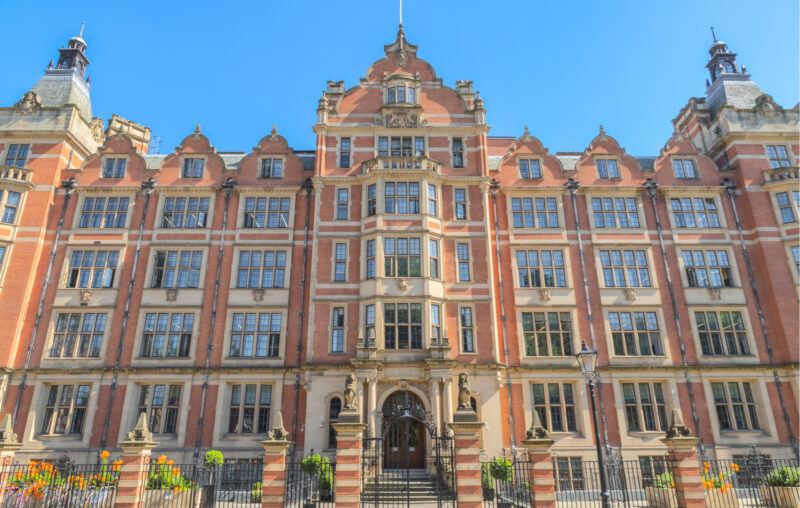 Most readers of Michael Oakeshott do not know just how countercultural he really was. Oakeshott was not countercultural in the way we now use the term (as when someone is said to be a product of the 1920s or the 1960s) and he was certainly not a progressive. His thinking was not determined by any social movement at all, though he immersed himself in many different streams of thought over the course of his long life. But genealogical tracing of influences is no way to understand him. As Timothy Fuller has dryly remarked, “Oakeshott didn’t like to be explained.”

Oakeshott was countercultural because he did not value the pursuits that most people—conservative and progressive alike—consider markers of a flourishing life, like successful careers, investment in the future, and personal honor. He was a gentle skeptic, doubtful that abridgments, principles, or rules could ever adequately describe any idiom of activity as it takes place in the world. He was uninterested in cultivating a set of disciples. Despite his own significant accomplishments, he thought that pursuing worldly achievement was a deeply misguided way to live. Like Montaigne, he ruminated at length about mortality as the fundamental condition for human meaning.

Martyn Thompson has observed correctly that nearly everything Oakeshott wrote had something to do with education, or at least implied a certain vision of it. His most explicit thoughts about education appear in a collection of arresting and sometimes beautiful essays, edited by Timothy Fuller, entitled The Voice of Liberal Learning. Although Oakeshott is known as a political philosopher, not so much as a philosopher of education, he had radical and fresh views about university education that were unusual in his day and even more so in ours.

Those of us who are involved in liberal education are often put on the defensive by adversaries. These adversaries want to professionalize or politicize the universities; and sometimes they reject or refuse to understand “knowledge as an end in itself,” to borrow John Henry Newman’s famous formulation. Even certain allies—earnest lecturers prone to giving well-intentioned but tedious exhortations about the goods of the humanities—sometimes do more harm than good in their attempts to inspire young people to pursue a life (or at least an interval) of learning. Contemporary writing about liberal education thus often tends toward the defensive, the preachy, or the simply boring.

Oakeshott’s vision of liberal learning, in contrast, offers the prospect of intellectual and moral adventure. His essays are full of varied and enticing invitations to self-understanding. He suggests that individuals might achieve an elegant fluency in thought and speech that comes through learning the “languages” or “modes” of history, science, practical life, and aesthetics.

His essays on education do not exactly concern the canon or the various styles of pedagogy, although he has definite thoughts about teaching and learning. Liberal education is instead an ongoing activity of self-enactment and self-realization. It requires that each person develop something like a philosophy of life, in which we understand ourselves both as inheritors and artists. In the words of the British writer John Cowper Powys, who was significant in Oakeshott’s early intellectual life: “The desirable effect upon one’s mind of imaginative literature is not to strengthen one’s memory or enlarge one’s learning, or to inspire one to gather together a collection of passages from the ‘great authors.’” Rather, such literature encourages us to become “great authors” ourselves, not in the sense that we all must be writers, but so we might think, act, paint, play, philosophize, and live in ways that are simultaneously creative and informed by a rich intellectual tradition.

Yet Oakeshott’s attitude was not always positive and appreciative. He was sometimes an incisive and harsh critic of mid-20th century education, as in “The Universities” and “Education: The Engagement and Its Frustration”. He would have deplored the “woke” revolution that we are experiencing now, in which all the past is oppression. An accurate assessment of his thought about education must therefore convey his twofold purpose: to diagnose the ills of contemporary universities and to offer a vision of something better.

Oakeshott’s criticisms of mid-20th century universities focus on several issues. The first is the modern tendency to view schooling as “socialization,” in which students are conceived as functionaries and role-players. Universities, he laments, no longer adequately foster self-discovery but instead cast young people as mere apprentices to adult life. Activity in these schools is “governed by an extrinsic purpose,” like producing enough electrical engineers, nuclear scientists, and social workers to staff the needs of a given society.

Tracing the origins of this movement to Francis Bacon, he observes that although the reasons for the shift to more practical education were reasonable enough—successive waves of industrialization did require technical education for many—this endeavor has grown far beyond its original bounds. Such a “makeshift for education,” Oakeshott observes, “was permitted to corrupt the educational engagement of European peoples, and it is now proclaimed as its desirable successor.” The new understanding has ushered in “a dark age devoted to barbaric affluence.”

The substitution of socialization for education is not, however, the only problem Oakeshott identifies, and perhaps not the most serious. Even more widespread in our time than Oakeshott’s is a conscious rejection of the past. Many of our contemporaries, so far from embracing and venerating an intellectual inheritance, view their studies of past events as opportunities for exercising their exceedingly well-developed faculties of critical thinking. They criticize, “problematize,” deconstruct, and tear down. The obligation of each new generation, on this telling, is ceremonially to reject “what it would be corrupting even to inspect” and instead to originate “its own understandings.” Such people might—just might—be inclined to do things like tear down statues, remove books from the curriculum, and manipulate language for their own ideological purposes.

Another element of Oakeshott’s critical view is a profound skepticism about the motives and actions of university reformers. His famous conservatism comes to the fore in a defense of existing universities against such would-be reformers, and in general he considers reform as something to be resisted, not welcomed. As he famously observed elsewhere, every change is an emblem of extinction. In “The Universities” (1950) Oakeshott launches a withering critique of The Crisis in the Universities, written by Sir Walter Moberly.

Moberly has asserted that universities are in an unprecedented crisis, partly due to the Second World War, but also because they do not seem to be “in tune with the times” with respect to science and technology. Nor are they clear about their purposes: the question “what is a university for” has not been sufficiently answered. Now is the time for revolutionary reform, or so he thinks. As Oakeshott archly observes, “because the world is upside down, [Moberly thinks that now] is the most profitable moment to turn the universities inside out.”

But Oakeshott will have none of this. Universities were never “devised” by a set of intelligent innovators; they are not the result of any process or technique of intentional creation; and they can give no thoroughly rational account of themselves. The universities in 1950 (and perhaps even today) are best understood as examples of a practice with its origins deep in the past. Those who live and work in universities, pursuing liberal learning—both teachers and students—still have intimations that they are doing something important, even if they cannot give an elevator-speech account of exactly what that is.

When we do not aim at career or activism, at least part of what we are doing in universities has to do with helping young people to achieve a satisfying sense of personal identity. This requires both clearing away and building up. The clearing away consists in rejecting certain common modes of self-understanding. During Oakeshott’s lifetime, as in our own time, young people were increasingly subject to a “ceaseless flow of seductive trivialities.” Ever-expanding and prolific technology impedes the leisure required for serious thought. How much easier it is to watch television or talk on the phone than to read and think.

Or, he would undoubtedly have said, how much easier it is to adopt a ready-made identity based in grievance or groupthink. Modern social science, as Oakeshott observes in On Human Conduct, encourages a view of human beings as mere data points or discrete phenomena subject to the same sorts of impersonal laws as those that govern all other animal life. But the distinctive feature of being human is that we have “reasons, not causes” for our actions, and the self-understandings we develop are chosen, not given. This fact constitutes our most essential freedom.

Thus Oakeshott would have had little interest in the group-based determinism of intersectionality, or in the “I already know what you think-ism” of microaggression theory. Why, he might have inquired, should anyone imagine that a particular woman would understand herself in the way that the class designated “women” supposedly does? The design in our modern political deformations is much the same as the design in the behaviorism he confronted: “to remove human action and utterance from the category of intelligent goings-on” and therefore to explain away the unpredictable and constantly surprising conduct of living, breathing, idiosyncratic human beings.

There is indeed much to be cleared away. But the “building up” of identity is not accomplished in a vacuum, by means of New-Age philosophies, or through the use of drugs or other modes of escape. Each of us “is self-made,” he wrote, “but not out of nothing, and not by the light of nature.” The world is full of “homemade human beings, but they are rickety constructions of impulses ready to fall apart in what is called an ‘identity crisis.’” Instead of these rickety constructions, liberal education offers the prospect of achieving a more durable and consistent identity by imagining the many different kinds of lives available to human beings. Such learning is not mired in presentism. “The ancient Greek exhortation Know Thyself meant learn to know thyself.” It meant: “contemplate and learn from what men, from time to time, have made of this engagement of learning to be a man.”

In an evocative passage, Oakeshott writes about the almost sacred quality that a university may embody: school is a place apart, which offers a young person an interval and a “middle moment.” In this break from the incessant noise of politics and career, some lucky students may move from the particular to the universal, guided by a teacher or teachers. “Each of us is born in a corner of the earth and at a particular moment in historic time, lapped round with locality,” Oakeshott writes. But “school and university are places apart where a declared learner is emancipated from the limitations of his local circumstances and from the wants he may happen to have acquired, and is moved by intimations of what he has never dreamed.” In places like this, “the din of local partialities is no more than a distant rumble” and the learner may be initiated into a great tradition of culture, which before may have been entirely obscure.

Oakeshott’s essays about education are a continual protest against determinism and behaviorism. They are a celebration of intelligent individualism that is achieved fully only in the adventure of learning. For Oakeshott, liberal education was always an adventure, never a duty or a burden. His insights are essential reading for anyone who desires to preserve and rejuvenate this most important adventure.

This article, Oakeshott’s Countercultural Education, was originally published by the American Institute for Economic Research and appears here with permission. Please support their efforts.

Midterms No Mandate For Another Biden Run

Tax Guy: Dear Tax Guy: ‘I’ve accumulated a lot of junk.’ I plan to make $6,000 selling stuff on eBay. Can I put it into an IRA instead of paying income tax?