No Victory Lap For Governors Who Locked Down America 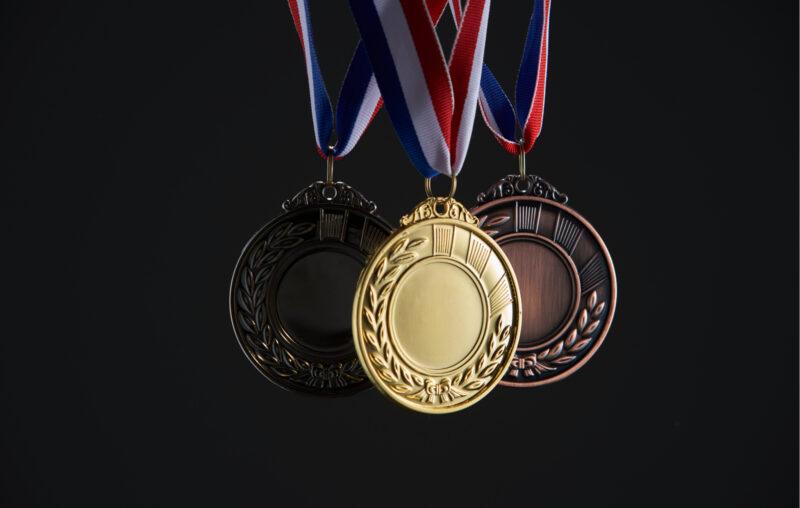 There are no fact-checkers for victory laps. Last week, New York Gov. Andrew Cuomo summarized his experience with the Covid-19 crisis: “Speaking for myself, it was a tremendous personal benefit.” Cuomo made that declaration in a speech concluding his one-year chairmanship of the National Governors Association. Because Cuomo’s spiel sought to rewrite history to exonerate politicians who ravaged Americans’ rights and liberties, it requires a rebuttal.

Cuomo declared that “we maximized the moment as governors. Governors have a new credibility. Governors have a new status.” Cuomo epitomized the rush to “absolute power” that occurred in governor’s mansions across the nation. After he fueled pandemic fears, the New York Times proclaimed, “Andrew Cuomo Is the Control Freak We Need Right Now.” A New Yorker profile, titled “Andrew Cuomo, King of New York,” explained that Cuomo and his aides saw the battle over Covid policy as “between people who believe government can be a force for good and those who think otherwise.” Cuomo denounced anyone who disobeyed his edicts, including condemning sheriffs as “dictators” for refusing to enforce his mask mandate inside people’s homes.

Cuomo justified placing almost 20 million people under house arrest: “If everything we do saves just one life, I’ll be happy.” Though his repressive policies failed to prevent New York from having among the nation’s highest Covid death rates, he became a superhero thanks largely to media scoring that ignored almost all of the harms he inflicted. Cuomo won an Emmy Award for his “masterful use of television” during the pandemic. Media valorization helped make Cuomo’s self-tribute book, American Crisis: Leadership Lessons from the COVID-19 Pandemic, a bestseller.

Cuomo had plenty of power-mad accomplices in the governors’ association.  Oregon Governor Kate Brown banned residents from leaving their homes except for essential work, buying food, and other narrow exemptions and also banned all recreational travel. Michigan Governor Gretchen Whitmer imposed some of the most severe restrictions, prohibiting anyone from leaving their home to visit family or friends. Los Angeles Mayor Eric Garcetti even banned people from walking or bicycling outside. The CDC eventually admitted that there was almost no risk of Covid contagion from outdoors activity not amidst a throng of people. But that did not stop politicians from claiming that “science and data” justified locking people in their homes.

Some governors have acted as if their shutdown orders gave them unlimited sway to decree when normal life could resume. California Gov. Gavin Newsom decreed that Covid restrictions would be perpetuated in California counties based on voter turnout, alcohol availability, and other non-health factors. California assemblyman Kevin Kiley groused, “An entire county can be kept shut down because certain areas are judged to be lacking in ‘equity,’ even if the whole county has relatively few cases of Covid.” The end of Covid restrictions turned into hostage release negotiations with domineering rulers clinging to all their new prerogatives.

Cuomo was proud that, when he visits a school, he is no longer asked “‘What does a governor do?” because “people know what governors do and how important governors are.” Governors can wreck kids’ futures by shutting down schools and placing children under indefinite home detention, costing millions of children almost an entire year of learning. In some areas, private schools remained open and took precautions that kept children safe in the classroom. As Washington Examiner editor Tim Carney noted, students in Catholic schools in Montgomery County, Maryland continued attending school and were kept safer than public school students: “Kids learning remotely got Covid at 3 times the rate as kids learning in person.” Unreliable “distance learning” produced a more than 500 percent increase in the number of black and Hispanic students failing classes in Montgomery County government schools.

A Journal of the American Medical Association analysis concluded that shutting down the schools would reduce the current crop of students’ collective years of life by more than five million, based on “lower income, reduced educational attainment, and worse health outcomes.” School shutdowns blighted the lives of millions of children in part because the Centers for Disease Control proclaimed that six feet of “social distancing” was necessary to avoid contagion – an arbitrary standard pulled out of thin air that was denounced by former Food and Drug Administration commissioner Scott Gottlieb.

The lockdowns that governors imposed also pointlessly ravaged many Americans’ mental health. The Centers for Disease Control last month reported a 51% increase in emergency room visits for suspected suicide attempts by teenage girls in early 2021. A Kaiser Family Foundation survey found a 300% increase in the percentage of adults reporting symptoms of anxiety disorder and/or depressive disorder (41% of adults in January 2021). The CDC also reported a record number of drug overdose deaths last year, due in part to the lockdowns and other government-imposed disruptions.

Cuomo boasted that the Covid-19 responses “were probably the most consequential decisions that governors had made in generations. They were literally about life and death. You make the wrong decision, people could die.” Thousands of New Yorkers died because of Cuomo’s mistakes and cover-ups. New York state initially reported barely half of the total of more than 12,000 New York nursing home patients who died of Covid – one out of eight nursing home residents in the state that occurred after Cuomo ordered nursing homes to admit Covid patients. Early in the pandemic, Cuomo pushed to include a legislative provision written by the Greater New York Hospital Association to give a waiver of liability to nursing homes and hospitals whose patients died of Covid. A report earlier this year by the New York Attorney General warned, “The immunity laws could be wrongly used to protect any individual or entity from liability, even if those decisions were not made in good faith or motivated by financial incentives.” As the Guardian noted, “Cuomo’s political machine received more than $2 million from the Greater New York Hospital Association, its executives and its lobbying firms.”

Any politician who recited the magic words “science and data” became entitled to outlaw any activity he chose. Cuomo and other governors acted as if they had discovered a “good intentions” exemption to all limits on their power. Federal judge William Stickman IV condemned Pennsylvania’s Covid restrictions: “Broad population-wide lockdowns are such a dramatic inversion of the concept of liberty in a free society as to be nearly presumptively unconstitutional.” But Cuomo and other governors presumed that proclaiming emergencies nullified the constitutional rights of any citizen under their sway. The U.S. Supreme Court struck down Cuomo’s restrictions on limited religious gatherings because they were “far more restrictive than any Covid-related regulations that have previously come before the Court… and far more severe than has been shown to be required to prevent the spread of the virus.”

Cuomo’s spiel to the governors included Washington’s most revered banality: “We spoke truth to power.” But Cuomo’s own appointees suppressed the data on nursing home deaths while he was negotiating a $5 million advance for his book on pandemic leadership lessons. Last August, the Justice Department announced an investigation into state nursing home policies that boosted Covid death tolls in New York, New Jersey, Michigan, and Pennsylvania. Cuomo is probably confident that Biden’s Justice Department will throttle any such investigation that could tarnish Democratic governors. But will other investigations or Freedom of Information Act disclosures eventually obliterate the bragging rights of the Covid lockdowners?

Governors’ response to Covid was supposedly a glorious triumph because not every nursing home patient died, not every small business was bankrupted, and not every teenager attempted suicide from isolation and despair. Despite the severe repression of everyday life, more than 620,000 Americans reportedly died of Covid and more than 114 million were infected. According to the CDC more than ten million jobs were lost thanks to lockdowns, a major reason why life expectancy in the United States last year had its sharpest plunge since World War Two. CNN reported last month that “New York’s economy is America’s worst,” with economic activity at only 83% of pre-pandemic levels.

In reality, Cuomo’s speech relied on what Hegel called “the truth which lies in power.” As long as politicians are exalted, the actual details of their decrees are irrelevant: they have been coronated as saviors. Cuomo assured his fellow Covid-profiteering governors that “this will happen again.” This is why Americans must recognize the catastrophic failure of political iron fists during the Covid-19 pandemic.

This article, No Victory Lap For Governors Who Locked Down America, was originally published by the American Institute for Economic Research and appears here with permission. Please support their efforts.