No Science Is Ever Settled 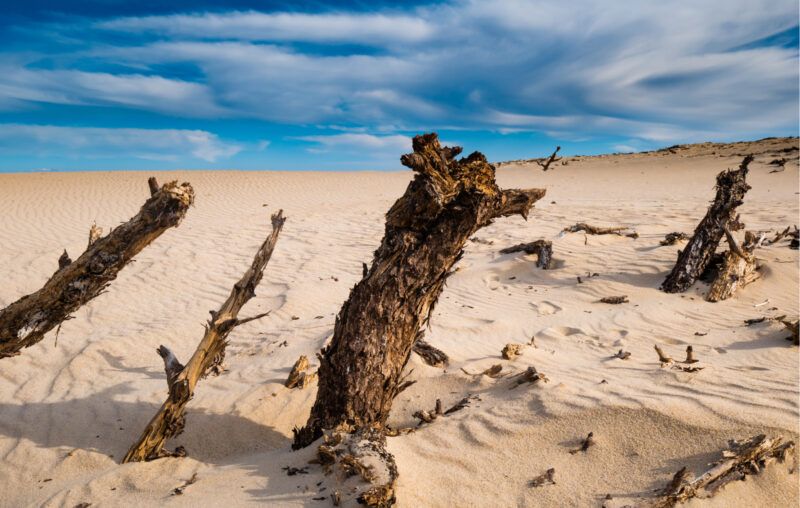 “Just because you know a lot about shit doesn’t mean you know shit.”
(overheard on Zoom)

Purity is a poor test for us fallen creatures: Nobody, bar perhaps the occasional Mother Teresa, is that good. Not strictly because we individually fall short of our ideals, but because it’s impossible for anyone to reach, establish, or even view the end destination – neither in scientific knowledge nor in moral virtues. With the benefit of hindsight, even an imbecile can tell that a genius was wrong.

If you state that what we know today is the highest form of completed moral and scientific achievements, you’re falling prey to the very same hubris of those who came before you did. All but the most progress-minded of them also thought that theirs was the peak of their civilization; that surely, nothing could surpass their grand edifices and their supreme discoveries and moral perfections. If today’s hypersensitive keyboard warriors at Ivy League universities or opinion sections of major newspapers think they have the moral high ground to so thoroughly condemn our times, they’ve learned very little from the history they so desperately despise. For Areo Magazine, Heather Heying appropriately writes that

[t]oo many would make themselves judge, jury and executioner of certain concepts and conversations, while claiming to be the sole proprietors of truth. They are engaging in a grand narcissism: they imagine themselves as, for the first time in history, able to see everything. It is akin to declaring themselves God.

Almost Nothing Is Settled

Thankfully, science and the way it is done has come far from the apostasy-chasing nutjobs that populate our political institutions and (social) science departments. We learned long ago that we can more easily tell what is wrong from what is correct – it often only takes a single instance of disconfirmation to denounce a grand hypothesis. That’s why we do science on a basis of rebutting hypotheses, of disproving our peers’ research, and constantly have our own subject to others’ critical review. We have natural experiments and randomized control trials, meta-analysis and literature reviews, statistical tests and multivariate regression analysis. These are tools that further our understanding of what is and what happens in the world: tools that have problems and can be gamed, but nevertheless are improvements over the gut-feeling critical theorist or the arguments from n=1 that dominate social discourse.

Science isn’t declared by a show of hands. Reality isn’t determined in the High Court, or by a vote in Congress. But if there are enough people with large enough megaphones and powerful enough platforms, it doesn’t matter much what science, properly interpreted, indicates. There is no universal judge to punish you for overstepping your intellectual bounds and, as long as you fool enough others, Queen Cersei’s advice to her son and heir Prince Joffrey still stands: “One day you’ll sit on the Iron Throne and the truth will be what you make it.”

It was settled science that banning alcohol was a good thing for American society in the 1920s. It was once settled science that the Earth was the centerpiece of God’s universe. In the highly erudite and Christian 11th century, the settled science for curing headaches was to cut open the scalp of the poor person desperately in need of aspirin (or the Hippocratic Oath) – and add salt.

“Facts change all the time,” wrote Samuel Arbesman, a complexity scientist formerly at Harvard in his 2012 The Half Life of Facts: Why Everything We Know Has An Expiration Date. “Smoking has gone from doctor recommended to deadly. Meat used to be good for you, then bad to eat, then good again; now it’s a matter of opinion.”

None of that is because the underlying reality changed: smoking was as deadly to the 1950s doctor who thought it harmless as it is to a 2-packs-a-day fellow today. What happened in between were three things: the evidence that smoking was harmful got better; as the evidence piled up, scientists doing the research gradually changed their minds (and older generation scientists died out); and new information trickled through to the public.

Any one of those steps can misfire. Evidence can be muddled, or outright fraudulent for a long time; scientists, being people too, can refuse to accept the evidence, or lean against it for considerable time; and the public can draw the wrong information from scientific results. In a sense, it’s more miraculous that we get anything right than it’s surprising that the majority of all research findings are false.

What that implies for the world of today and tomorrow is uncomfortable to those who think we can mandate scientific truths from above: that vaccines are safe and effective, that masks and lockdowns worked well, that climate change is a terrible danger of cosmic proportions, that energy for the 21st century can be supplied by low-density unreliable sources, that fat and salt are unhealthy but carbs are safe. What’s even more stunning is that The Science could possibly shift as quickly as the religious Covid-zealots have changed their minds in the last seventeen months: lab leak is tin-foil conspiracy, until Savior Biden was in and it was both permissible and the Consensus View; vaccines are safe and effective and harmless and crucial even for children to take – never mind that we didn’t have children or pregnant women in the trials, or we haven’t monitored long-term effects in a ~6-months old rushed product, with no downside liability for the companies issuing it.

A serious scientist holds scientific facts, theories, and hypotheses forever provisional: what we think we know can always be improved upon or change. That doesn’t mean we can never state anything with some degree of confidence or be pretty sure about some relationship in the real world. Some things, like gravity in conditions resembling our planet, we know fairly well. Others, like the Law of Demand or land area of North America, we’re fairly confident about – and they’re unlikely to shift any time soon. Why? We’ve observed them and refined our understanding of them for a very long time, and the observational tools and the theoretical underpinnings haven’t yet been debunked. Time matters; Lindy decides.

Others still are eternally in flux: the world record in the 100-meter sprint, the world’s chess champion, or the number of inhabitants of our planet. Still, they’re facts: not perhaps eternal scientific ones, but still statements about the world that are true. They can shift; our understanding of them can shift; or the spread of that shift in the wider population or political sphere can shift.

John Tierney at City Journal recently advised us to “not expect those who follow ‘the science’ to know what they’re talking about. Science is a process of discovery and debate, not a faith to profess or a dogma to live by.” Doug Allen in The Australian explained that “as soon as people start talking about ‘the science’, that’s a sure sign they want to make a political point.” If it’s consensus, Michael Crichton explains, “it isn’t science; and if it’s science it isn’t consensus.”

Nassim Taleb chips in too, in his characteristic blunt prose: “Had science operated by majority consensus, we would be still stuck in the Middle Ages, and Einstein would have ended as he started, a patent clerk with fruitless side hobbies.”

Science lives on controversy and breeds conflict. It’s only politics and the ideological mind that require “consensus” and “settled science.”

That alone should make us pause before we absolutely and unequivocally proclaim what is: that men may be women, that climate change is out of control, that the lab leak hypothesis is a racist hoax, that unbacked fiat money was beneficial for the masses, that democratic government based on violence was a good idea to harmonize and unify communities.

How does a thoughtful person navigate this?

Evidently, some things that seemed obviously correct turned out wrong, and others that for long stretches of time were wrong, unthinkable and even heretical, turned out right. Many famous psychology experiments dominated our popular understanding of the human psyche, only to be demolished one by one. Extrapolating this simple and long-run tendency of human societies leads us to ask: which of our currently dominant beliefs about the state of the world, what is and what isn’t, will in time be disproven? For which of the things we so strongly advance, with the force of the Deity(?) Himself, will our ancestors hold us in contempt and shamefully gloss over?

Stop venerating science in the singular and start embracing its core, plural, and contentious ethos: that plenty of people are wrong about almost everything, all the time. Even – perhaps especially – those with lots to lose.

This article, No Science Is Ever Settled, was originally published by the American Institute for Economic Research and appears here with permission. Please support their efforts.