No, Economists Do Not Assume Perfect Knowledge 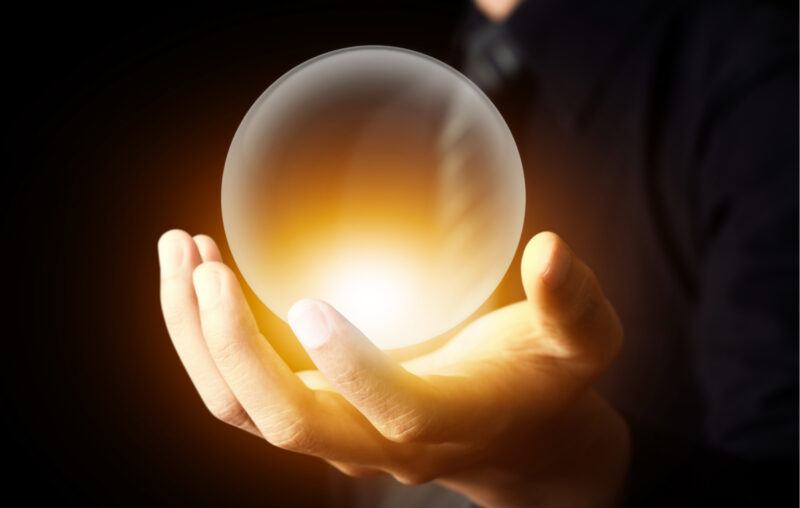 The assumption of perfect and symmetric knowledge in economics is one that is often chided as being “unrealistic” and “ridiculous.” These critics assert that if economics as a field is built upon such an assumption, surely it cannot generate any meaningful insights. The people who say this are not only incorrect on multiple levels but also demonstrate how little they really know about economics and science in general.

Let’s start with a precursor. What are the roles of models and assumptions in the sciences?

First, all models are frameworks for organizing our thoughts in a coherent way. They allow us to take the world as we see it, think about it logically and systematically, and generate testable predictions or hypotheses. These models can be physical (e.g. chemists often use models of molecules to illustrate how bonds are formed/broken, physicists will drop a ball or swing a pendulum to demonstrate how gravity works, etc.) or they can be metaphysical (e.g. economists can understand markets through supply and demand, political scientists can study different voting systems, etc.).

Now, it should go without saying that the world is infinitely complex and it would clearly be impossible for any model to incorporate literally everything. For example, suppose we were conducting an experiment designed to predict when and where a bowling ball dropped off of a tall building would land. If someone in the building were to move closer to the window to get a better view of the falling ball, the ball’s trajectory would be affected. The same could be said if there happened to be a slight gust of wind while the bowling ball fell. Obviously, taking these possibilities and the infinite number of other possibilities into account for our calculations would be impossible. Rather than bog down our calculations with these minutia, we assume these things away by assuming that there are no people in the building (or that they’re standing still) and that the bowling ball is falling in a vacuum.

But are these assumptions “good” and what criteria would we use to judge this?

Second, good assumptions do not meaningfully affect the predictions generated by the model. In the case of the bowling ball falling off the building, people moving around in the building would have virtually zero effect on the location and timing of the bowling ball’s impact with the ground. Because of the relative weight and shape of a bowling ball, the effect of air resistance and gusts of wind would similarly be negligible.

This points to the idea that what makes for a good assumption is context-specific. Assuming a vacuum for a bowling ball is almost certainly a good assumption. But if we were instead dropping a feather off of a building and assumed that the feather was falling in a vacuum, the result of our experiment would be wildly different from our prediction. In fact, we might even see the feather float up and away from us! From this, we could conclude, “Ah ha! Feathers aren’t affected by gravity which is why birds can fly – they’re covered in anti-gravity feathers!” And if we did, we would rightly be chided. Alternatively, we could recognize that the assumption of a vacuum actually did meaningfully affect the results of our prediction and explains the discrepancy between what our model predicted and what we see in the world. Because of this, in the context of dropping a feather, the assumption of a vacuum would not be a good assumption.

So now, let’s apply this to the assumption of perfect knowledge that many economists invoke. Is this a good assumption?

But does it meaningfully affect the predictions generated by the model? As it turns out, it does not. In a landmark paper, Vernon Smith provides very strong evidence that even in a world where people are randomly assigned to be buyers or sellers and where the people in the experiment have little to no knowledge of “economics,” the market price converges on the competitive equilibrium price. In other words, the perfect knowledge assumption is not a necessary condition for economics to “work” or for insights to be gained from applying economics.

So why do many economists invoke this assumption, even if it is not strictly necessary?

Because it restricts the answers that we are allowed to give to our questions. Seemingly absurd behavior (such as relying on oracles, drinking poison to prove innocence, and using ordeals as a form of judicial decision-making, to name just a few) cannot be explained by simply shrugging our shoulders and saying “Well, people just weren’t all that smart back then,” because that answer is assumed away. We assume that the people doing these things know/knew exactly what it was that they were doing and yet they still willingly chose to pursue these practices. In assuming that people have perfect and symmetric knowledge, we economists are making our jobs harder, not easier as the critics allege.

In addition to this, the perfect knowledge assumption humbles economists. Gone is the notion that we economists are the enlightened philosopher kings of the social sciences and that the rest of the naves need only listen to our sagely wisdom. Instead, we are, as Boettke, Coyne, and Leeson argue, students of society, not saviors of society. Our job is not to critique nor justify, but to understand and explain.

Further, think of what it would mean if this assumption were not employed. Rather than seeking to understand why even a fully rational and knowledgeable person or society would engage in some practice, we could simply say, “Dumb things are done by dumb people, this is a dumb thing, therefore these people were dumb.” If that answer is satisfactory to you, then I feel truly sorry for you because there’s really only one mystery left for you to solve: why isn’t everyone else on the planet as smart as you and the people who agree with you?

All this being said, economists will occasionally relax the perfect knowledge assumption. We do so not to better incorporate reality into our models, but in order to highlight challenges that must be and somehow are overcome. In these situations, the perfect knowledge assumption would completely eliminate the analytical question the scholar was interested in in the first place and so would not be considered a good assumption.

George Akerlof gives perhaps the most famous example of this in his 1970 The Market for “Lemons” paper. Here, Akerlof argues that used car dealerships, for example, should not exist because the market for used cars, left to its own devices, should unravel due to asymmetric information between the would-be buyers of used cars and the would-be sellers of used cars. Despite this, we routinely see people buying and selling used cars, so there must be some solution that exists that ameliorates the problem of asymmetric information.

Akerlof’s conclusion is that we therefore need some sort of governmental intervention to solve this problem. Based on his model, this is the inevitable conclusion – there simply does not exist any other way to resolve this tension. This also points to the inherent difficulties of modeling as highlighted by Elinor Ostrom: whenever we construct a model, we close our minds to the possibility of solutions that are beyond the scope of the model. In Akerlof’s case, the only solution to the problem, according to his model, was government intervention. The problem, however, is that there are many assumptions that were implicitly made that are not good assumptions. Chief among them was that there was no reliable way for would-be buyers to reliably trust the word of the would-be sellers. In other words, there was no way to bring about symmetric information.

Curiously, asymmetric information problems are pernicious throughout society and history. Despite this, they had somehow been overcome even without government intervention (and sometimes, even in spite of government intervention designed to create asymmetric information). One such way to do this is for sellers to offer generous warranties. By doing so, the seller effectively signals the underlying quality of the product to the buyer because warranties are differentially costly. If the buyer never needs to exercise the warranty, which happens with “high quality” products, then offering a warranty costs the seller zero dollars. However, if the buyer does need to exercise the warranty, which happens with “low quality” products, then offering a warranty would be highly costly to the seller. In the used car market, “lemons” are cars that are likely to be returned by the buyer under the warranty, and so the warranty program would be highly costly to the seller if and only if they offered a warranty on “lemons.” Because of this, the only used cars that would come with a warranty would be the not-lemons, thus reliably revealing the information about the used car’s underlying quality. This entrepreneurial innovation of warranties, and many others like it, arise precisely in response to the problem of asymmetric information and In other words, as Boettke and Stekbeck argue, “the apparent problems of [Akerlof lemons] today are simply tomorrow’s profit opportunities.”

One might point out, “Well, if used car dealers know this, then they’ll just offer warranties on all of their cars and then find some clever loophole through which to reject the warranty claim.” And while this is certainly possible, Elinor Ostrom once again points us to one insightful answer: reputations are difficult to establish but easy to destroy. In a world where nefarious behavior is quickly relayed to other would-be buyers, the dastardly seller who attempts to fleece his/her customers in this way (or any way) would quickly find themselves without future customers. Given that a constant stream of revenue is almost always more valuable in net present value terms than a one-time windfall profit from deception, very few dealers would find it worth their while to do so. Those who are skeptical of the power of net present value to discipline dastardly behavior should consult Peter Leeson’s paper, “Trading with Bandits” and his book, The Invisible Hook.

This article, No, Economists Do Not Assume Perfect Knowledge, was originally published by the American Institute for Economic Research and appears here with permission. Please support their efforts.