Nixon’s Gold Treachery Made Me a Cynic 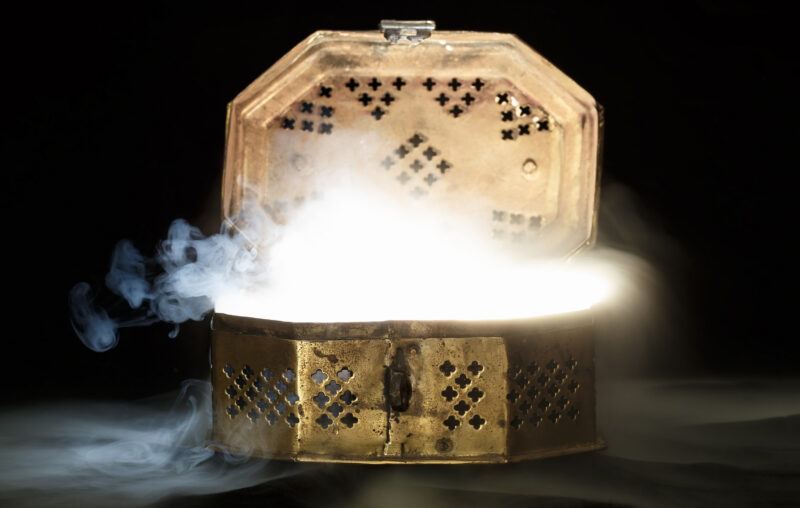 Fifty years ago, on August 15, 1971, President Richard Nixon announced that the U.S. government would cease honoring its pledge to pay gold to redeem the dollars held by foreign central banks. Nixon declared he was taking “action necessary to defend the dollar against the speculators.” But there was no way to defend the dollar against politicians. Nixon touted his default as therapy for his tormented fellow citizens, promising it would “help us snap out of the self-doubt, the self-disparagement that saps our energy and erodes our confidence in ourselves.” Nixon wrapped his decree with lofty political rhetoric, appealing to the nation’s “greatest ideals” and promising a “new prosperity” that “befits a great people.”

The dollar thus became a fiat currency – something which possessed value solely because politicians said so. Nixon spurred the Federal Reserve to create an artificial boom to boost his reelection campaign. To suppress the damage from a flood of new money, he imposed wage and price controls, making it a crime to raise prices without government permission.

At that time, I was working in a peach orchard in rural Virginia for 10 hours a day, reaping $1.40 an hour and all the peach fuzz I could take home on my arms and neck. Nixon’s wage controls doomed any chance of getting that raise to $1.45 an hour. But no loss – I was leaving that job soon to go back to high school. I was 15 at that time and an avid coin collector. I soaked up the rage at the reckless federal policies that permeated Coin News and other numismatic publications.  “Government as scoundrel” was the theme of many editorials and articles I read in those periodicals in the following months and years. I had no savvy on economics but my gut sense told me something was profoundly amiss. Nixon’s decree spurred my reading and researching.

Nixon’s gold default was also a landmark for America’s rising economic and political illiteracy. In the era of this nation’s birth, currency was often recognized as a character issue – specifically, the contemptible character of politicians. Shortly before the 1787 Constitutional Convention, George Washington warned that unsecured paper money will “ruin commerce, oppress the honest, and open the door to every species of fraud and injustice.” The Coinage Age of 1792 established gold and silver as the foundation for the nation’s currency and authorized a death penalty for anyone who debased the nation’s gold or silver coins.

Unfortunately, politicians later exempted themselves from penalties for debasing the currency. In 1933, the U.S. had the largest gold reserves of any nation in the world. But fear of devaluation spurred a panic, which President Franklin Roosevelt exploited to seize people’s gold. FDR denounced anyone who refused to turn in their gold as a “hoarder.” Any citizen caught with more than $100 in gold coins faced ten years in prison and a $250,000 fine. (The penalty was not as harsh the Soviet Union’s death penalty for anyone caught “hoarding” wheat from a collective farm.)

FDR asserted that banning private ownership of gold was necessary to give government “freedom of action” – which he quickly exploited by devaluing the dollar by 59% with a decree raising the value of gold from $20 an ounce to $35 an ounce. Treasury Secretary Henry Morgenthau hailed the gold policy as part of the administration’s “plans for a restoration of public confidence,” but the de facto default on government debts set the precedent for boundless federal arbitrariness for the rest of the decade. FDR tried every trick to drive up prices, foolishly confident that a mere change in numerical prices would spawn prosperity. The resulting inflation was invoked in the early 1940s to help justify imposing payroll tax withholding.

In the mid-1960s, the dollar was under pressure from perennial federal deficit spending and President Lyndon Johnson responded by eliminating all the silver in new dimes and quarters. After severing the dollar’s link to silver, LBJ demanded that the Federal Reserve pump up the economy. He even summoned Fed Chairman William McChesney Martin to his Texas ranch and “physically beat him, he slammed him against the wall, and said, ‘Martin, my boys are dying in Vietnam, and you won’t print the money I need,’” according to Dallas Federal Reserve president Richard Fisher. Since LBJ didn’t murder Martin at his ranch, the media could continue to portray the Federal Reserve as “independent” of political control. The Fed accommodated LBJ sufficiently that the inflation rate more than tripled between 1964 to 1968, rising from 1.3% to 4.3%. The rising inflation set the scene for Nixon’s gold repudiation.

FDR’s prohibition on private gold ownership contained a loophole for rare coins with numismatic value. Luckily, the feds did not vigorously police that exemption. By 1973, I was buying Mexican and French gold pieces to save and to sell to high school classmates and others. After I got laid off from a construction job in the summer of 1974, I saw it as a sign from God (or at least from the market) that I should buy more gold. I liquidated most of my coin collection and put all my available cash into gold and also took out a consumer finance loan at 18% to purchase even more. That interest rate was the gauge of my blind confidence. I had been closely following gold prices and was convinced a price spike was coming. Nixon’s resignation in August did wonders for the price of gold.

I didn’t get rich but made enough to help cover my costs for sporadically attending Virginia Tech, with some money left over to pay for my first literary strikeouts. Though Nixon assured the nation in 1971 that “the effect of this action… will be to stabilize the dollar,” the “Nixon Shock” was “followed by a decade of one of the worst inflations of American history and the most stagnant economy since the Great Depression. The price of gold rose to $800 from $35,” as Lewis Lehrman noted. Americans have suffered 570% inflation since Nixon “stabilized” the dollar.

Nixon’s gold decree and other policies helped me recognize that politicians are far more perfidious than the media portrays. If the government would intentionally destroy the value of the currency, I wondered what else it was undermining. The Watergate scandal provided further evidence of “politician” as synonym for “damn rascal.” The dissolution of the Vietnam War clinched the case as Americans learned how presidents had conned the nation into a pointless Asian bloodbath. Gas shortages and gas lines beginning in late 1973 confirmed that any cadre of “best and brightest” in Washington was an optical illusion.

Fifty years after Nixon’s betrayal, America is again facing rapidly increasing inflation. The Biden administration is embracing almost boundless deficit spending in its quest to throw unrestricted free money at any non-millionaire who might vote for Democratic candidates. Most of the fawning media coverage on Biden policies is as economically illiterate as the cheerleaders for Nixon’s chicanery long ago. If the government continues on this path, it is only a question of time until fresh debacles result. But from the economic wreckage, a new generation of cynics may arise who do a far better job of putting politicians back on a leash.

This article, Nixon’s Gold Treachery Made Me a Cynic, was originally published by the American Institute for Economic Research and appears here with permission. Please support their efforts.