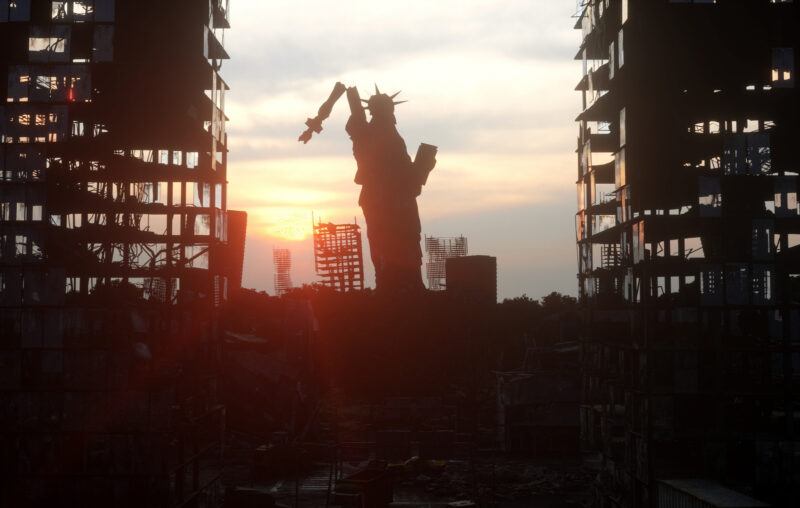 The state of New York is an economic disaster area.

The good news is that New York’s politicians seem to be aware of these rankings and are taking steps to change policy.

The bad news is that they want they apparently want to be in last place in every index, so they’re looking at a giant tax increase.

…lawmakers in Albany should be shouting welcome home. Instead they’re eyeing big new tax increases that would give the state’s temporary refugees to Florida—or wherever—one more reason to stay away for good. …Here are some of the proposals… Impose graduated rates on millionaires, up to 11.85%. …Since New York City has its own income tax, running to 3.88%, the combined rate would be…a bigger bite than even California’s notorious 13.3% top tax, and don’t forget Uncle Sam’s 37% share. …The squeeze is worse when you add the new taxes President Biden wants. A second factor: In 2017 the federal deduction for state and local taxes was capped at $10,000, so New Yorkers will now really feel the pinch. As E.J. McMahon of the Empire Center for Public Policy writes: “The financial incentive for high earners to move themselves and their businesses from New York to states with low or no income taxes has never—ever—been higher than it already is.”

The potential deal also would increase the state’s capital gains tax and the state’s death tax, adding two more reasons for entrepreneurs and investors to escape.

Here are some more details from a story in the New York Times by Luis Ferré-Sadurní and Jesse McKinley.

Gov. Andrew M. Cuomo and New York State legislative leaders were nearing a budget agreement on Monday that would make New York City’s millionaires pay the highest personal income taxes in the nation… Under the proposed new tax rate, the city’s top earners could pay between 13.5 percent to 14.8 percent in state and city taxes, when combined with New York City’s top income tax rate of 3.88 percent — more than the top marginal income tax rate of 13.3 percent in California… Raising taxes on the rich in New York has been a top policy priority of the Democratic Party’s left flank… The business community has warned that raising income taxes could prompt millionaires who have left the state during the pandemic and are working remotely to make their move permanent, damaging the state’s tax base. Currently, the top 2 percent of the state’s highest earners pay about half of the state’s income taxes. …The corporate franchise tax rate would also increase to 7.25 percent from 6.5 percent.

There are two things to keep in mind about this looming tax increase.

That second item is a big reason why so many taxpayers already have escaped New York and moved to states with better tax policy (most notably, Florida).

And even more will move if tax rates are increased, as expected.

Indeed, if the left’s dream agenda is adopted, I wouldn’t be surprised if every successful person left New York. In a column for the Wall Street Journal, Mark Kingdon warns about other tax hikes being considered, especially a wealth tax.

Legislators in Albany are considering two tax bills that could seriously damage the economic well-being and quality of life in New York for many years to come: a wealth tax and a stock transfer tax. …Should New York enact a 2% wealth tax, a wealthy New Yorker could wind up paying a 77% tax on short-term stock market profits. And that’s a conservative estimate: It assumes that stocks return 9% a year. If the return is 4.4% or less, the tax would be more than 100%. …65,000 families pay half of the city’s income taxes, and they won’t stay if the taxes become unreasonable… The trickle of wealthy émigrés out of New York has become a steady stream… It will be a flood if New York enacts a wealth tax with an associated tax on unrealized gains, which would lower, not raise, tax revenues, as those who leave take with them jobs and related services, such as legal and accounting. …The geese who have laid golden eggs for years see what is happening in Albany, and they’ll fly south to avoid being carved up.

The good news – at least relatively speaking – is that a wealth tax is highly unlikely.

But that’s a rather small silver lining on a very big dark cloud. The tax increases that will happen are more than enough to make the state even more hostile to private sector growth.

I’ll close with a few observations.

There are a few states that can get away with higher-than-average taxes because of special considerations. California, for instance, has climate and scenery. In the case of New York, it can get away with some bad policy because some people think of New York City as a one-of-a-kind place. But there’s a limit to how much those factors can be exploited, as both California and New York are now learning.

What politicians don’t realize (or don’t care about) is that people look at a range of factors when deciding where to live. This is especially true for successful entrepreneurs, investors, and business owners, who have both resources and knowledge to assess the costs and benefits of different locations. The problem for New York is that it looks bad on almost all policy metrics.

If the tax increases are enacted, expect to see a significant drop in taxable income as upper-income taxpayers either leave the state or figure out other ways of protecting their income. I don’t know if the state will be on the downward-sloping portion of the Laffer Curve, but it’s safe to assume that revenues over time will fall far short of projections. And it’s very safe to assume that the economic damage will easily offset any revenues that are collected.

This article, New York’s Fiscal Suicide, was originally published by the American Institute for Economic Research and appears here with permission. Please support their efforts.

‘We will not return to silence’: Activision Blizzard workers walk out over toxic workplace culture