New Jersey: Yet Another Reminder of How Good Americans Have It 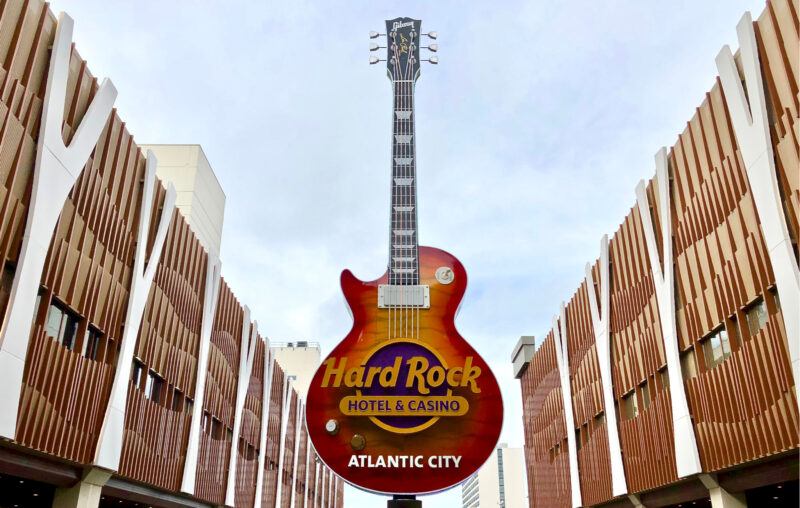 “It’s a crazy story, but I fell in love with New Jersey.”

That was the answer to a question posed Sunday to an Uber driver in Westfield, NJ. The question to this British immigrant was, “What brought you here?”

It’s worth repeating what he fell in love with. Wassim left his native country not for California, or Florida, or New York City; rather he left it all behind for New Jersey. Paraphrasing him ever so slightly, by living in northern New Jersey: “I’m 40 minutes from the beach, 40 minutes from Manhattan, 40 minutes from lakes, an hour from skiing, and all around me is the world’s greatest, most international cuisine.”

What stands out about Wassim’s excitement for the Garden State is how very much the Garden State has long been the punchline for jokes about the U.S. New Jersey is usually a state people pass through to get somewhere else. When Jersey residents are asked where they live, or where they used to live, their insider’s response is usually an exit on I-95. Few brag about being from New Jersey. The state where people are from an exit is often one that they eventually exit. Like Michigan, lots of people are from there.

Supposedly Florida is the recipient of all manner of frustrated, overtaxed, and over-lockdowned residents. On the high end, roughly 21 years ago Goldman Sachs began building an office tower in Jersey City with stated plans to move its headquarters there. It was seemingly a bluff, only for GS to presumably secure better tax treatment in lower Manhattan. Nowadays, New Jersey is no longer even a bluff. Really, who would take such a threat about moving there seriously?

Except that Wassim has a point. What’s the answer to all manner of jokes and quips most certainly does have amazing beaches, idyllic neighborhoods with remarkable architecture, water and snow skiing, not to mention neighboring access to the world’s greatest city without having to live in the world’s greatest city. Great as New York is, it’s challenging to say the least. It’s crowded. It’s incredibly expensive. Living in New Jersey you get as much of New York as you want, but on your own terms.

That a pejorative to so many American-born people exists as a lure for some (and perhaps many) not lucky enough to have been born here should be a wake-up call of sorts for all of us. Americans have it so good.

While Americans travel the world as tourists, and are privileged enough to experience the world’s beauty, rare is the American desperate to permanently move to other parts of the world. Even rarer is the American who is willing to give up his or her citizenship. Americans complain endlessly since complaint is a human trait, but rarely do they act on their complaints.

While a driver through the Democratic Republic of Congo would literally have natives climbing on his car in search of a way out, that’s not what happens here. While American politicians have long talked of erecting walls and other barriers to foreigners coming here, rare are the barriers put up to Americans. Why would there be? It would be money and resources wasted.

Even the locales that seemingly no American wants to be from are what so many of the rest of the world would give anything to live in. While most are from Michigan today, it’s a beautiful state with – yes – water and snow skiing, some of the world’s greatest universities, plus it can claim a per capita income that, if Michigan were a country, would make it one of the world’s richest countries.

Years ago while speaking at a university in the lower Midwest, and that never rolls off the tongue of anyone talking about America’s “great universities,” a host professor talked about having done a semester as a professor in England. He brought this up to make the point that if the U.S. university employing him were located in England, it would unquestionably rate as one of the country’s five most picturesque. Americans once again have it so good, but sometimes don’t realize it.

Conversing with Wassim, there was the comment that Americans are perhaps unaware of how wonderful life is for them. This isn’t a knock on a collection of people who descend from individuals who often risked everything for an ideal of economic and personal freedom, but it is a comment suggesting that it’s very human to forget.

In the above sense, we all know Americans who were made downcast by the former occupant of the White House, Americans who are downcast by the present White House occupant, and we certainly know Americans on warring sides of the conservative/liberal divide who were certain that if the “wrong” candidate won the 2016 presidential election, America would soon be Venezuela. Sorry, but such a view insults a remarkable country. No nation so capable of being wrecked by a lowly presidential candidate would ever be such a magnet for the world’s strivers.

More realistically, it’s worth thinking about what most anyone anywhere else in the world would have given to have had either 2016 candidate. Even with politicians, those we dislike seem pretty grand relative to leaders in the rest of the world.

It’s all worth contemplating. At the very least it’s a reminder that a bad day in the United States is an amazing day most anywhere else. People are in love with what we dismiss. When we lament what’s spectacular we’re just acting spoiled.

This article, New Jersey: Yet Another Reminder of How Good Americans Have It, was originally published by the American Institute for Economic Research and appears here with permission. Please support their efforts.