Much Worse Is Coming 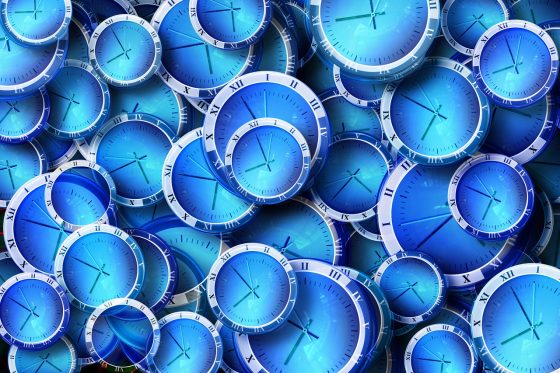 It has been heartbreaking to watch what has been transpiring on the streets of America in recent months.  Our founders intended for us to be united by a common set of values, but now our differences are literally tearing our nation to pieces.  Americans are fighting other Americans in the streets, and that should make all of us incredibly sad.  Does anyone out there actually believe that all of this violence will be resolved by the upcoming election?  If anything, rising political tensions are likely to make the violence even worse, and if the result of the presidential election is contested by either side that could easily take things to an even higher level.  We have entered such a dangerous chapter in American history, and I am extremely concerned about the months ahead.

In Portland, there have been nightly protests for more than three months straight.  We have never seen anything like this before, and I really wish that the violence would have been put to an end long ago.

Because now people are dying.  On Saturday, the death of a supporter of Patriot Prayer that had gone into Portland to counter the protesters made headlines all over the globe…

The fatal shooting of a supporter of Patriot Prayer in Portland, Oregon, this weekend shone a spotlight on the right-wing group based in Washington state and its founder, Joey Gibson.

The name of the victim in Saturday’s shooting was not immediately released. Portland police tried to determine Sunday whether the shooting was related to clashes between Trump supporters going through the city in a caravan after a rally and Black Lives Matter protesters engaged in their own demonstration Saturday night.

Of course this comes on the heels of the deaths that we just witnessed in Kenosha, Wisconsin.

And there will almost certainly be more needless deaths in the months ahead, because much worse civil unrest is coming.

Washington D.C. is likely to be a focal point for protesters as we approach election day in November.  I still remember the days when I could roam the streets of Washington without any concern at all, but unfortunately those days are long gone.

Today, if you are a recognizable figure, you are a potential target.  Just ask Rand Paul.  What happened to him and his wife the other night was deeply alarming.

Chaos erupted outside the White House on Saturday following another night of Black Lives Matter protests that saw police clash with demonstrators, striking them with rubber bullets and detonating stun grenades, as they moved to clear out crowds.

Sadly, this is just the beginning, because much worse is coming.

I just wish that everyone would calm down and go home, but of course that is not going to happen.

At this point, every officer has become a potential target, and this is especially true in our major cities.  For example, two officers were just shot during an incident in St. Louis…

Two St. Louis police officers responding to a shooting call were shot themselves Saturday by a gunman who was arrested after he barricaded himself in a home in the Tower Grove South neighborhood, police said.

Two Chicago cops were shot and the suspected gunman was wounded by police early Sunday after a traffic stop in the Homan Square neighborhood on the West Side.

When I go online and I see people cheering when someone gets shot, that grieves me so deeply.

Our desire should be to see healing, not more violence.

I never imagined that we would ever see so much anger and hatred be directed at the police in this country.  A few days ago, rioters in Seattle actually “tried to trap officers inside their burning precinct using quick-dry cement”.

How evil do you have to be to do something like that?

But as bad as things are already, much worse is coming.

And it appears that multitudes of Americans share my assessment, because gun sales are absolutely soaring…

Gun sales were up 72% compared to this time last year,  with first-time buyers leading the pack. Americans are likely sensing that something is horribly wrong with the rigged system we are forced to live under.

According to a report by the Washington Post, the National Sports Shooting Foundation says that first-time gun buyers played a heavy role in the increase.

As our society continues to unravel, safety and security have become top priorities for so many people.  Earlier today, I posted an article about the unprecedented mass exodus out of our major cities that we are witnessing right now.  A few months ago, the pandemic was the main reason why so many people were suddenly moving, but now the violence on the streets has become the primary factor.

And as I recently explained during an interview with Greg Hunter, we are moving into a time when things are going to get even more chaotic.

I am sure that tomorrow we will be bombarded by more headlines about violence that has happened somewhere in the country, and each new incident pushes us even closer to the point of no return.

A house divided will surely fall, and America is more divided today than it ever has been in my entire lifetime.

I wish that there was an easy answer, but at this point our nation no longer has a single set of values that unites us.

I truly wish that we could all learn how to love one another.  When you truly learn to love others, it changes everything, but unfortunately the vast majority of us have been trained to deeply hate those that are on “the other side”.

There is no way that this is going to end well, and I think that most of you realize that.

So get everything done that you need to get done, because August is ending and September is almost here.