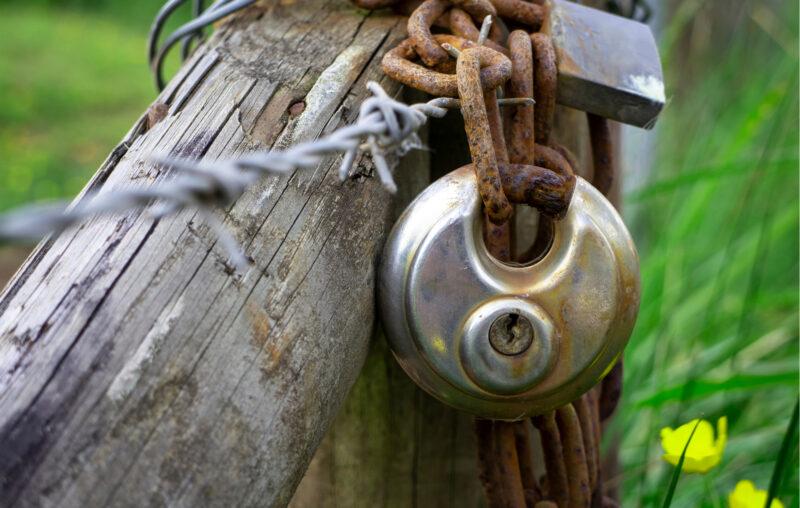 How many drops of water does it take to justify federal bureaucrats commandeering your own land? Unfortunately, a federal judge changed the answer on Monday – the latest flip-flop in a saga stretching back more than 30 years and five presidencies.  Federal wetlands policy epitomizes how Washington policymakers don’t give a damn about safeguarding Americans’ rights with clear rules to curb bureaucratic tyranny.

In 1972, Congress passed the Clean Water Act to, among other things, restrict the pollution of navigable waters. That law gave the Army Corps of Engineers the power to approve or deny building permits, and the EPA received the power to veto Army Corps permits. In 1975, a federal judge revealed that the Clean Water Act also applied to wetlands that were adjacent to navigable waters.

In 1988, Presidential candidate George H.W. Bush declared that “all existing wetlands, no matter how small, should be preserved” and promised “no net loss” of wetlands if elected president. On January 21, 1989, the day after Bush’s inauguration, the EPA and the Army Corps revealed a new and vastly broader definition of wetlands. Land that was dry 350 days a year could be classified as a “federal jurisdictional wetland.” Fairness to Land Owners, a Maryland advocacy group, estimated that the new definition magically increased the amount of wetlands in the U.S. from roughly 100 million acres to 200 million acres, the vast majority owned by private citizens.

Federal bureaucrats concocted bizarre rules to vastly expand their own power over landowners, including the “glancing geese” test. If migrating geese glance down and consider stopping at a water hole, and the geese are on a flight that crosses state lines, then federal agencies automatically have jurisdiction over that water hole and the surrounding land. In a 1992 decision striking down an EPA penalty on a Chicago-area homebuilder, federal judge Daniel Manion declared, “The EPA claims jurisdiction over the intrastate wetland solely on the ground that migratory birds could, potentially, use the wetland as a place to feed, or nest or as a stopover on the way to the Gulf States for the winter months” but “there is not even any evidence that migratory birds, or any other wildlife, actually used [the area] for any purpose.” A federal appeals court decision narrowed Manion’s ruling and permitted the EPA to retain its “glancing geese” test.

Congress specified in the Clean Water Act that normal farming practices and operations should be exempt from federal wetlands restrictions. But the Army Corps of Engineers evaded that restraint by issuing a “clarification” of federal law that announced that, from the Corps’ perspective, cranberries, apples, blueberries, hay, and alfalfa are not agricultural commodities — and thus that those farmers were subject to the Corps’ control.

In 1993, the Clinton administration issued new guidance that banned any activity with “environmental concern” on wetlands. A federal attorney declared that, under the new policy, the Army Corps “could require a permit to ride a bicycle across a wetland.” A White House press release suggested that “Congress should amend the Clean Water Act to make it consistent with the agencies’ rulemaking.” That was a novel perspective on the Constitution, which previously required federal regulations to comply with laws that Congress actually passed.

Thanks to the Clinton regs, the Army Corps and the EPA imposed controls over sections of a development as small as 26 square feet — roughly half the size of a ping-pong table. One Rhode Island town was forced to wait for almost two years to get federal permission to do mosquito-control work on 0.009 acres of wetlands. Asserting federal jurisdiction over a tiny area could effectively prohibit the owner from building on a much greater portion of his property. The legal costs of getting government permission to build on or near suspected wetlands easily exceeded $50,000 — a prohibitive cost for most individual landowners.

Former Justice Department attorney William Laffer observed, “Any time the Army Corps or EPA thinks a parcel of land is beneficial to wildlife, they arbitrarily apply the wetlands definition to prohibit the owner from using the land.” Rep. James Hayes (R-LA) complained, “In Nevada, [housing] developments in the midst of cactus and parched earth are now being classified as ‘wetlands’ because standing water can occur for seven days in a hole dug for a foundation.” The Congressional Budget Office estimated that it would cost at least $10 billion to compensate owners for the loss of their property values as a result of wetlands rulings. However, with the way bureaucrats rig the game, property owners were denied even a single dollar of compensation after being banned from using their land.

Wetlands policy became little more than institutionalized lawlessness. In December 1997, a federal appeals court overturned a landowner’s conviction, ruling that “the Corps’ [sic] regulation of such wetlands is based solely on its definition of wetlands as ‘waters of the United States’” — for which the court found no basis in the Clean Water Act. Five months later, the EPA and Army Corps issued a guidance memo detailing their plans to evade the court decision. Agency personnel were told to completely disregard the decision in any area outside of the jurisdiction of the Fourth Circuit Court of Appeals (i.e., Virginia, West Virginia, Maryland, North Carolina, and South Carolina). Even within those states, the EPA and Army Corps planned to continue prohibiting owners from using their land when the feds claimed the land would be used “by migratory waterfowl, other game birds… sought by hunters, bird watchers, or photographers.” According to the Clinton administration, it took only a few clicks of a camera to nullify property rights.

In 2012, the Supreme Court struck down a key provision in the regulatory regime, declaring that there was no reason to believe that “the Clean Water Act was uniquely designed to enable the strong-arming of regulated parties [property owners] into ‘voluntary compliance’ without the opportunity for judicial review.’’ In comments to the media when he announced the Court’s decision, Justice Antonin Scalia mocked the EPA’s definition of “wetlands,” noting that the Idaho homeowners had never “seen a ship or other vessel cross their yard.” Justice Samuel Alito, in a concurring opinion, declared, “The reach of the Clean Water Act is notoriously unclear,” and its harsh penalties “leaves most property owners with little practical alternative but to dance to the EPA’s tune.” Alito urged Congress to clarify the legal definition of “wetlands” — and thus to set a limit once and for all to federal regulators’ controls over private landowners.

Congress failed to clarify the law. In 2015, the Obama administration issued its “Clean Water Rule,” perpetuating arbitrary federal jurisdiction over wet spots across the nation. In 2019, the Trump administration issued new regulatory guidance titled the Navigable Waters Protection Rule (NWPR), curtailing the power of federal agencies. This past June, the Obama administration announced its conclusion that the Trump-era rules were “leading to significant environmental degradation.” Jaime Pinkham, acting assistant secretary of the Army for civil works, announced, “Communities deserve to have our nation’s waters protected.” Thus, there was supposedly no alternative to reimposing the regulatory straitjacket on America’s property owners. A Politico analysis noted that Biden appointees sought a new policy “informed by lessons from the previous whipsaw of regulations.” Politico reported that “it’s unclear what will happen to the thousands of jurisdictional determinations that have already been made under the narrower Trump rule” permitting landowners to build or modify their property but that “reversing them is a top priority for environmental groups.”

On Monday, federal judge Rosemary Márquez condemned the Trump-era wetland rules for “fundamental, substantive flaws,” vacating the 2019 policy in part because of “the likelihood that the [Biden administration] Agencies will alter the NWPR’s definition of ‘waters of the United States.’” An attorney for Earthjustice, which filed the lawsuit, boasted, “We came in and said, ‘No, no, no, no, you can’t leave this in place.’ This is hugely good.”

In the 1950s, liberals spurred a backlash against Sen. Joseph McCarthy by highlighting cases of innocent individuals who had lost their jobs as a result of his baseless accusations of communism. Vastly more Americans have lost their livelihoods as a result of federal wetlands prohibitions imposed on landowners with the flimsiest of legal pretexts. Yet there has been little uproar — and scant attention on Capitol Hill — over how bureaucratic tyranny is wrecking the lives of landowners.

Perhaps the best acronym for Biden’s pending wetland regs will be WBTP – for “Welcome Back to Purgatory.” Almost 30 years ago, federal Judge Roger Vinson denounced the federal government’s wetlands interpretations as a “regulatory hydra … worthy of Alice in Wonderland.” Nobody in Washington has cared enough to slay the hydra. Wetlands policy vivifies how the Fifth Amendment’s proviso that property cannot be taken “without due process of law” is void when bureaucrats are unleashed.

This article, More Wetlands Purgatory for American Landowners, was originally published by the American Institute for Economic Research and appears here with permission. Please support their efforts.