Money is What You Hold Between Production and Consumption 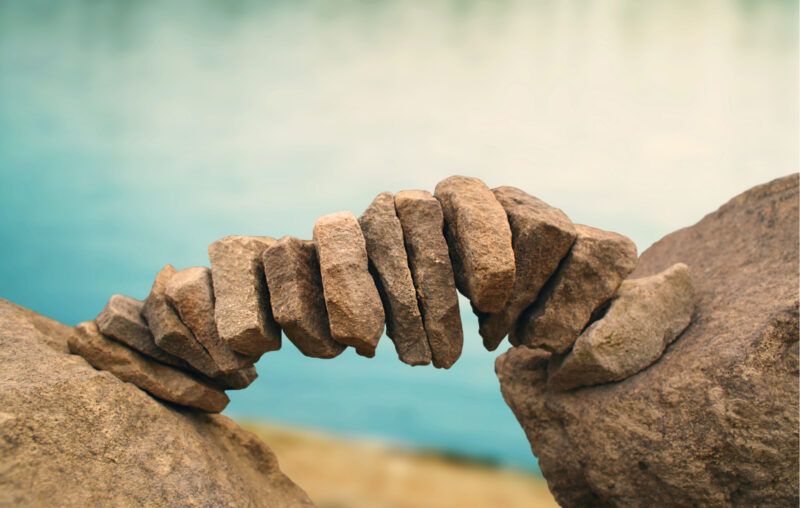 You may have heard in some management class or in a movie that “time is money.” What they mean isn’t always clear, but it’s usually some combination of opportunity cost and time preference: time wasted won’t come back; if I get the inputs quicker, I can get the goods to market faster; and we’d rather have value created today than tomorrow.

What you probably didn’t hear is that money is also time. Money is human society’s most ingenious time-traveling device. Unfortunately, it doesn’t send you back in time to see Napoleon or Cleopatra or them back to terrorize you, but it sends economic value forward. (Yes, yes, value is subjective and unmeasurable; bear with me). This is critical and so fundamental that without it, human societies could not prosper or even propagate themselves.

If we begin small-scale and practical, it’s easy to see that everyone faces this problem: organizing goods and services from when you get paid to when rent is due or when you’re getting groceries. Time elapses between those two economic transactions, time in which you somehow need to “carry” economic value from your work to the producer from whom you’re purchasing items. The shorter this time period is, the less we are bothered about the quality of the medium through which we move (convenience, divisibility, durability, price changes). If it were feasible to transact in cars, chairs, or books and the time was short enough, I could take what my employer produces and hand some of it right over to my landlord – no fussing about with dollars, gold, or bitcoin.

Again, if it were feasible to move these goods about, if my landlord wanted them, and if we could divide them or calculate them appropriately, we could run an efficient economy like this.

None of these ‘ifs’ hold: my landlord doesn’t want the books that my publisher employer produces; my grocery store doesn’t accept cars in exchange for milk, meat, and butter. Instead, we hop the economic value between its origin and its destination through the use of money – a commonly accepted medium of exchange, that everyone can easily recognize as such and that we all have connections to. This is why physical currency works even in hyperinflating countries like Zimbabwe or high-inflation countries like Argentina: you can’t keep savings for longer than it takes to run to the supermarket, but it’s still more convenient to shovel bundles of rapidly-depreciating paper around than it is to transact in milk-for-books or car-for-meat trades.

Looking at money, then, time between production and consumption is of the essence. We may dislike how an unanchored fiat money and an activist central bank creates unpredictable prices (and give us the skitters when monthly inflation numbers come in at 5-6%), but for moving from ‘income earned’ to ‘expenditures covered’ of a few days or a few weeks, it’s a minor nuisance. Most people’s incomes are connected to prices anyway, which means that price inflation running hot regularly gets readjusted in labor market contracts.

When we zoom out, the problem gets harder. Much harder.

Preparing for the Long Term

If you’re not living hand-to-mouth, or you’re trying to spread consumption across longer time than days or weeks – saving for a holiday, a house purchase, or for retirement; or businesses planning investments and fundraising for decades-long projects – money’s purchasing power quality gets immensely more important. You can’t just ignore price fluctuations like you do for buying groceries (where the difference in purchasing power between when your paycheck arrived and you brought home the bacon is likely swamped by the impact of your store’s weekly deals). You need to carefully select where those spare funds go – invest them in mutual funds or commodities or inflation-protected bonds (protected by whom?). Sitting on cash without risk, like physical cash or an FDIC-protected bank account that yields 0% interest, steadily erodes the purchasing power of those funds:

You face an uphill battle that takes financial risk and/or savviness to overcome. Money is the technology by which we arrange the division of labor; it’s also a technology by which we move value through time. But if the quality of how well money achieves that purpose is eroded or unpredictable, this becomes an impossible task.

“Most of financial history of the past 150 years is the unsuccessful attempts to maintain the value of money,” wrote the Bank of England’s former Governor Mervyn King in his 2016 book The End of Alchemy.

The thing that most monetary revolutionaries, from goldbugs to MMTers and bitcoiners, overlook is that somebody always carries money’s purchasing-power risk. There’s a common idea among many bitcoiners that generally slow but occasionally unpredictable inflation forces people away from saving and cash, and towards stock markets and debt. They’re right – but it’s hard to see what the alternative would be. Any system for transferring value to the future carries risk to somebody, somewhere; it’s a matter of who ought to carry it.

A monetary system on gold, as far as history and theory suggests, is mean-reverting in its purchasing power: if prices in terms of gold fall, it pays miners supernormal profits to extract more gold and over longer time frames the extra gold supply will push consumer prices back up; if prices in terms of gold increase, it is no longer profitable for miners to extract as much gold, which makes them cut back production, limiting the outstanding monetary supply, and thus, in time, have prices come back down again.

This elaborate feature of gold, in stark contrast to bitcoin’s fixed supply issuance, ensures that we may engage in even 100-year long contracts – a bond market segment that until recently had been all but extinct. When money isn’t long-term predictable, markets and instruments like these or the British Consol (a perpetual government debt that was the financial cornerstone at the time Britannia ruled the waves) disappear; when money isn’t short-term predictable, nobody wants to hold it for long.

Even under hyperbitcoinization, the dreamy idea that one day we’ll all use bitcoin as base-layer money, the problem of long-run price predictability remains. With proper use of bitcoin wallets and secure management of your funds, your sats (the 100-millionth division of 1 bitcoin) will technologically remain the same into a far-off future: we can move the money itself into the future. That’s progress, to be welcomed, even though keeping dollars under the mattress or funds in a bank account isn’t particularly difficult, technically speaking. The question is how to make money maintain its monetary properties or its purchasing power.

Bitcoiners, just like goldbugs in the past, routinely overlook that the relative price between their favored money and real goods and services in the far-off future for which we save, may not remain the same. It might go up (hurray!) or it might go down (nay!). Far from removing an unjust risk from unwilling savers, their favored solution substitutes one kind of (asset) price risk for another.

What a risk-averse time traveling saver is after isn’t something that is physically the same as what he put in, but economically the same as he put in. So far, that promise has been elusive – on all sides of the monetary conundrum, central bankers particularly included.

Bitcoiners and goldbugs face the same issue in different form, though at least a monetary system on gold lets us with a fair degree of confidence say what prices will be in forty years’ time. The same cannot be said about bitcoin or the U.S. dollar.

On the contrary, gold isn’t a great monetary system when under the auspices of (Big) government. Confiscating it when appropriate, redefining its monetary value when useful, and sterilizing inflows and outflows when it suited them, gold has practically speaking been anything but a reliable constraint on government power over money. If anything, history seems to suggest the opposite: when the golden fetters hurt too much, governments frequently untied them. Bitcoin scores much better on this front, as so far nobody has managed to untie the program or really confiscate properly-held funds.

What monetary competition and the search for a new-and-improved regime does so well is indicate the necessity of money to move value through time and space. That search continues.

This article, Money is What You Hold Between Production and Consumption, was originally published by the American Institute for Economic Research and appears here with permission. Please support their efforts.