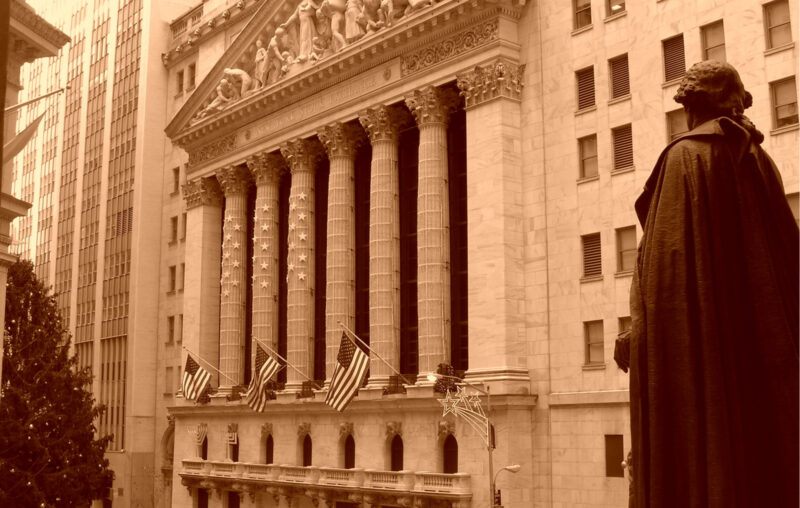 After the 2007-2009 financial crisis, the Great Recession it precipitated, the exceptionally sluggish recovery, and now the pandemic recession, the U.S. has essentially entered a new macroeconomic environment. For most of the 2010s there was a general consensus that inflation was not too much of a problem. This very complacency has now set the stage for higher inflation by limiting our viable policy options. At this point it will be helpful to review the 2010s’ macroeconomic rollercoaster to fully appreciate how we got where we are, and what it bodes for the future.

This article will discuss some of the monetary developments that emerged during and after the 2007-2009 financial crisis, to help provide an understanding of where the U.S. economy is in 2021, how we got here, and where we might be headed. Until the Great Recession, textbook accounts of the U.S. Federal Reserve System recognized three instruments of monetary policy. These were the reserve requirement, the discount rate, and open market operations (OMO).

The second traditional instrument of monetary policy was the discount rate, the interest rate the Fed charged member banks when they needed to borrow to meet their reserve requirement. The term discount rate is an anachronism, referring to the long-abandoned practice of lending banks a smaller, discounted, amount than what they would have to repay. In the early days of discount lending, the difference between the amount borrowed and the higher amount banks had to repay the Fed constituted the interest on those loans. The higher the discount rate, the more expensive discount borrowing was, so the greater the banks’ incentive to avoid the need to borrow. Banks could avoid discount borrowing by keeping larger buffers of unloaned excess reserves, over-and-above their required reserves. Since the reserve requirement has been abolished, there is no longer any need for discount lending, and adjusting the discount rate can no longer be used to control the money supply.

The third instrument of monetary policy was—and remains—open market operations (OMO). This consists of purchasing government debt—U.S. Treasury bonds, bills, and notes, to put new money in circulation. If needed, the assets the Fed acquired through OMO can be sold to remove money from circulation, enabling the Fed to control the money supply to fight inflation. This standard textbook account was largely satisfactory until the 2007-2009 financial crisis. The Fed’s response to the crisis was called quantitative easing, which can largely be understood as an extended OMO. Quantitative easing was fundamentally different only due to the extent and nature of the Fed’s purchases.

Figure 1 illustrates how the Fed’s balance sheet has evolved over time as monetary policy became progressively more expansionary over the 2010s. The Fed’s assets were all acquired through OMO to put money in circulation, and theoretically these assets could be sold to reduce the size of the money supply. The first round of quantitative easing, QE1, more than doubled the size of the Fed’s balance sheet from 2008-2009—mostly with distressed assets. These were low-quality mortgage-backed securities, which unlike the government debt traditionally used to implement OMO, could not be sold to remove an equivalent number of dollars from circulation. This was when the Fed lost much of its ability to control the money supply. The Fed currently still holds over $2 trillion worth in mortgage-backed securities. Subsequent rounds of quantitative easing increased the Fed’s balance sheet further in 2011 and 2013-2014, and from 2020 on, to $7.7 trillion as of mid-2021.

Prior to the financial crisis, the Fed had already put $800 billion in reserves into the financial system. The banks that held these reserves generally loaned out the majority at a profit, creating additional reserves whenever borrowers deposited this money in other banks. If the Fed needed to fight inflation and support the value of the dollar, it could remove the $800 billion by selling its portfolio of Treasury debt and other assets. These sales would have had a leveraged effect on the total money supply, because they would also remove any additional money that had been created by bank lending on the affected reserves.

During the financial crisis, the Fed started buying mortgage-backed securities and other distressed bank debt. Part of the rationale for this first round of quantitative easing (QE1) was to bail out distressed financial institutions, rather than carry out monetary policy. That was why these distressed assets were purchased at face value rather than at their much lower—in many cases practically zero—market value. The Fed did this to keep distressed banks from failing, which would in turn have required even larger direct bailouts. Unlike the Treasury debt, there was no market for the overvalued mortgage-backed securities, so there was never any possibility for the Fed to sell them off to help reduce the money supply. By June 2010 the Fed held $2.1 trillion in assets, about half of which were distressed assets acquired through QE1, more than twice the assets it held before the financial crisis. Although the Fed could not sell the mortgage-backed securities in its portfolio, the amount of distressed assets naturally diminishes over time as this debt gradually expires.

Open market operations and quantitative easing suffer from an inherent asymmetry because the Fed buys debt instruments which mature and expire over time, paying with dollars that never expire. In the short run there should always be a perfect balance between debt held by the Fed and dollars of base reserves created this way. This is important because the Fed needs to be able to remove dollars from circulation to maintain the dollar’s relative scarcity and value, and fight inflation.

Over time however, the debt matures and the dollars don’t, creating an imbalance that impairs the Fed’s ability to fight inflation. This imbalance gets worse the larger the money supply and the larger the Fed’s balance sheet. In some ways the distressed assets the Fed acquired through QEs 1 through 3 counteracted this effect, because as the economy entered into a very shallow recovery, markets for mortgage-backed securities began to resume some semblance of normality. Part of the reason for this was that the Fed’s drastic injections of liquidity helped reinflate housing prices.

The Fed conducted a second round of quantitative easing in November 2010, QE2, buying primarily government debt—QE1 had already bought up virtually all the mortgage-backed securities in the economy. QE3 started in 2012, with the Fed purchasing $40 billion monthly, later increased to $85 billion. By the end of 2014 the Fed held $4.5 trillion in assets—six times what it held before the financial crisis. The Fed’s balance sheet only began to fall in 2018, but the response to the Covid-19 pandemic was to further accelerate asset purchases in QE4, almost doubling a Fed balance sheet that was already unprecedentedly bloated, now standing at $8 trillion, with no telling when it might end.

The Fed’s strategy to restore confidence in the financial sector can be seen even more directly in Figure 2. Prior to the financial crisis, bank profits depended on each bank holding a productive loan portfolio, with the result that banks minimized their excess reserves. Starting in late 2008, the Fed began to pay interest on reserves, providing banks risk-free income as an alternative to lending, which had suddenly become far riskier. At one point the Fed’s interest rate on reserves was as high as 2.5%, significantly more than what banks were paying on most checking accounts. The Fed reduced the interest it paid on reserves to 0.1% in early 2020, but recently raised it to 0.15%.

Paying interest on reserves lowers the money supply because it discourages banks from lending—even though the Fed has to create new money to pay the interest, the net effect is still to reduce the money supply. With each new round of quantitative easing, the Fed expanded its balance sheet as banks accumulated additional reserves. Once the Fed stops paying interest on these huge buffer stocks of bank reserves, the banks will lend them out, further leveraging the amount of money already circulating. When this happens, inflation will skyrocket.

In theory the Fed could retire some of this money by selling government securities, but its balance sheet is now so large that trying to sell enough government debt might depress its value—meaning the Fed has further lost control of the money supply. Paying interest on reserves has been an attempt to return to normalcy. Once inflation becomes omnipresent, the only way to fight it will be to tighten the money supply by raising interest rates generally throughout the economy. High interest rates will choke off investment and might trigger new real estate and stock market crashes. In a high interest rate environment, homebuyers would be well-advised to opt for variable-rate mortgages in preference to fixed-rate.

None of the foregoing necessarily matters until the Fed needs to fight inflation. However, the minute the Fed realizes it needs to worry about inflation, it will become obvious that it has painted us into a corner. Discretionary Fed policy has limited the range of how it can respond to inflation in the future. In response to each development since the 2007 financial crisis, the Fed has repeatedly opted for policies with short-term benefits while disregarding the very real long-term costs. The U.S. economy has now entered unexplored territory, though this territory has unhappy similarities with Revolutionary-era hyperinflation, Civil War inflation of the 1860s, and the stagflation of the 1970s. None of these historical experiences were something anybody would want to relive.

This article, Monetary Policy Since the Great Recession, was originally published by the American Institute for Economic Research and appears here with permission. Please support their efforts.