Monetary Institutions and Monetary Control: What the Fed Should and Shouldn’t Do 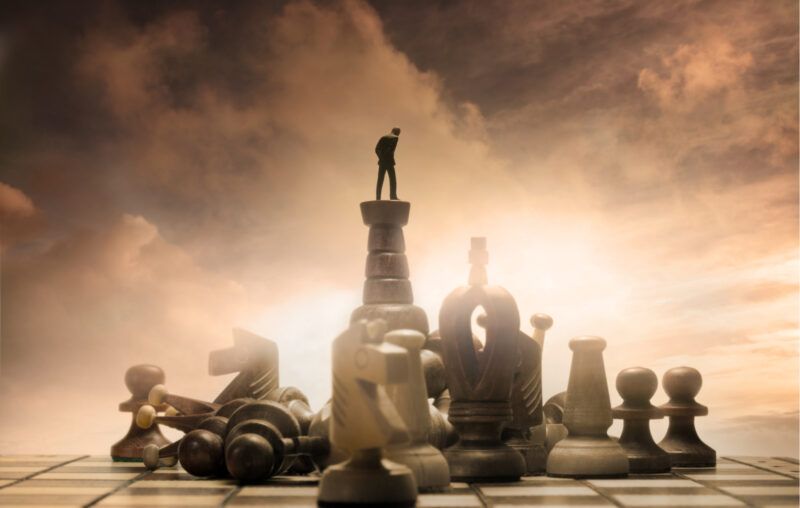 In a memorable scene from the 2003 movie Matrix Reloaded, the Merovingian expresses his love for the French language in a way that still has me chuckling:

I love French wine, like I love the French language. I have sampled every language, French is my favorite – fantastic language, especially to curse with. [heavy cursing omitted]. You see, it’s like wiping your a** with silk; I love it.

Expel the excrement with such a smooth and gentle touch that you barely notice; enjoy every moment of it!

Perhaps odd or inappropriate, but I’m reminded of this classic monologue when reading Money and the Rule of Law by Peter Boettke, Alexander Salter, and Daniel Smith. Like the vivid imagery produced by the Merovingian’s words, the authors successfully wipe the smirk of today’s pompous central bankers with the smoothest of silky accessories. They denounce the corps of technocratic monetary economists in a most eloquent and relaxed manner – it’s truly extraordinary.

Boettke, Salter, and Smith, all tenured professors at respectable American universities and associated with AIER, have composed a scathing critique of monetary policy – not just its precise stance or programs in recent years, but its fundamental and irresolvable problems. It’s a ridiculously well-referenced book, with an excellent grasp of the relevant literature. It’s assembled in a calm, deliberate and persuasive way, but what the authors argue is nothing short of explosive.

They say that central banks have strayed from their mission: they have done too much of what they shouldn’t have done, and too little of what they ought to have done. But they dig deeper still and find that even if the monetary authority were stacked by angels, it could not have successfully carried out its mission. In less than 130 pages of text, they “call into question whether discretionary central banking is compatible with liberal democracy.” Hear, hear.

Central banking suffers from incorrigible problems in terms of the information at its disposal and the incentive of the players operating within it. Technical problems include the estimation of unobservable variables like the natural rate of interest or unemployment, the structure of the economy, and how fiscal policy and shocks impact the behavior of economic agents. While these remain horribly unresolved in the real world of real central banks, they could at least in principle be addressed with better models, better (and faster!) observational tools, and a flawless understanding of how the world economy operated. We’re not there, but we could be.

The knowledge problems, Boettke, Salter and Smith state upfront, “render discretionary central banking not just difficult, but impossible.” Central bankers don’t know what the money supply is, what consumers treat as money and how they wield it; what their demand for money balances are at any given moment, are likely to be in the future, and how they’ll react to crisis times and the shock of overreaching Fed emergency programs. Because central bankers can’t gauge, predict, or anticipate money demand, a discretionary central bank “will generate monetary disequilibrium whenever there are discrepancies” between money demand and money supply, delivering “monetary equilibrium only by chance.”

The case argued by these three gentlemen is controversial and revolutionary – overturning at least three decades of central banking. You’re not doing it right, they say to the central bankers of the world, and even if you were as benevolent and well-meaning as you might think yourselves, you wouldn’t be able to do the job properly.

In the face of all these troubles, it seems a hopeless endeavor trying to centrally direct the money supply of an entire economy, let alone have it achieve the objectives set by policymakers. Knowledge problems, while impossible during regular times, “become positively nightmarish for discretionary bankers during abnormal times.”

Even if central banks’ various policy goals (low and stable inflation, low unemployment, financial stability) were the right ones to pursue, it’s far from clear how they should actually go about translating those into actionable decisions in the present – the size of the balance sheet, the composition of assets, the administered interest rates paid or charged on what kind of lending. Whatever relationships we think we may capture, historically or over time (which is what we would need to manipulate them) completely break down in the short run, the very times when we would like activist monetary policy to respond fast and aggressively. It is precisely during crises, when the argument for discretion becomes strongest, that the relationship between the central banks’ actions and its contribution to short-term and long-term objectives break down.

Jean-Claude Trichet, President of the European Central Bank during the Euro crisis, specifically said that his team felt abandoned by conventional models that offered them no assistance. Across many writings and reflections of the financial crisis, former Fed boss Ben Bernanke similarly admits that his Board of Governors operated in unchartered territory, inventing policies and facilities on the fly. During Covid, the Fed has scarcely been less inventive, introducing one questionable alphabet-soup of programs after another.

This, Boettke, Salter, and Smith, correctly identify as “a de facto renunciation of the very economic problem monetary authorities are supposed to manage.” Central bankers can’t govern the system they believe they control, let alone understand it.

The authors follow in the classical-liberal tradition of locating the trouble with overextended central banks in institutional failure. Mission creep happens because the institution selects for and rewards “Do Something!”-operators: “The only way to eliminate the incentive problem is to bind the hands of monetary authorities with a true monetary rule.”

Rules have long been discussed in monetary economics. The good argument for discretionary monetary policy is that the policymaker can still follow the policies indicated by the rule – but improve upon it when that’s needed and appropriate (“the desire to keep open the possibility of doing whatever seems right at any particular moment in time”). The authors argue that this is a mirage: no policymaker is that angelic – especially as selected through both political and internal process, and subject to constant outside pressure.

A rule that you can set aside whenever it binds and you don’t pay a price for violating isn’t much of a rule. The message of Money and the Rule of Law is that we shouldn’t kid ourselves otherwise. Credibility in the aims, tools, and results of central bank policy stems from clarity, generality, and predictability of monetary policy – not the whims and emergency-style firefighting that Fed officials have been doing in the twenty-first century:

“Policymakers in response to financial crises see themselves as firefighters, but because they do not adequately consider the systemic effects of their emergency scramble on the political-economic system, they inadvertently become arsonists.”

What the Bernanke Fed did during the financial crisis was breaking the Bagehot rules for sound lender-of-last-resort operations left and right: they saved insolvent firms; they lent on horrendous collateral; and they did so at low, not high, rates – “Categorically un-Bagehotian.” While central bankers of our time all know Bagehot’s name and invoke his suggestions whenever trouble looms in the banking sector, their actions honor him only in the breach.

In money, as in all policy-making in free societies, we need generality and predictability; generality so that technocrats or corrupt special interests don’t arbitrarily meddle. Predictability so that subjects can adjust and know what to expect from their institutions. We need to avoid “the unstable and arbitrary vagaries of day-to-day electoral politics.” More crucially:

“When monetary governance takes the form of discretionary central banking, it transforms money from an enabler of mutual cooperation into an instrument of control, subordinating the goals of market actors to the goals of monetary policymakers.”

That’s a charge that Fed officials – routinely harangued by criticism of its monetary policy as too loose or too tight – have seldom heard from respectable quarters. Professors Boettke, Salter, and Smith take aim at the root of monetary policy of our time; finding it deeply deficient, they recommend putting central banks under very strict rules.

Bring on the fetters.

This article, Monetary Institutions and Monetary Control: What the Fed Should and Shouldn’t Do, was originally published by the American Institute for Economic Research and appears here with permission. Please support their efforts.