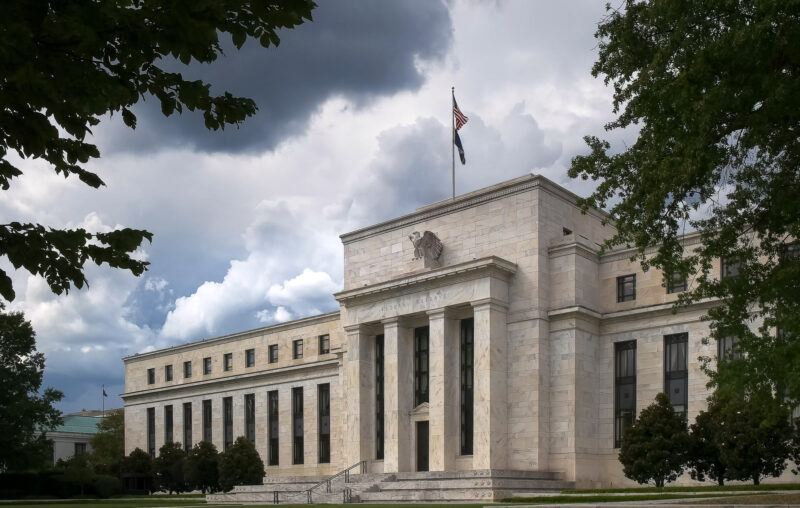 Defining monetary policy is nontrivial. The definition I prefer is changing the money supply to affect macroeconomic variables, such as inflation or unemployment. The trouble is, as we’ll see shortly, on this definition it is unclear that much of what central banks have done since the 2008 financial crisis qualifies as monetary policy. Another definition might be whatever central banks do to affect macroeconomic variables. This would capture recent policy innovations, but in my view—and in the view of most practicing monetary economists before the 2008 crisis—this definition is too broad. It includes policies which are not truly monetary.

From the 1980’s up through the end of the 2000’s, monetary policy in the United States was pretty straightforward. If the Federal Reserve were concerned by a looming recession, it would engage in expansionary policy. This means it would create new money and use it to purchase assets, usually short-term government bonds, in the secondary market. The investors who sold their bonds to the Fed now have credits on their bank accounts. This increases the total reserves in the banking system. The banking system responds by increasing financial intermediation: loaning out the new money. As it’s channeled into productive investments, the new money increases the demand for goods and services, which lessens the risks of recession. The result would be higher employment, but also higher inflation, as prices rise throughout the economy.

Contractionary policy worked the opposite way. The Fed would sell bonds, retiring the money it received from circulation. (This was almost always done digitally. Don’t think of destroying physical currency units; think instead of deleting balances from a bank account.) Bank reserves decrease; financial intermediation slows down. The Fed might enact contractionary policy if it were worried about overly high inflation. The slowdown in demand-side economic activity means prices would rise more slowly than before (disinflation, the usual result), or even fall (deflation, although this almost never happens in practice).

However, there’s been a big change in how the Fed conducts monetary policy since the 2008 crisis. Under the new system, the Fed does not attempt to change macroeconomic variables by changing the quantity of reserves in the banking system. Instead, the Fed has switched to using one of its administered interest rates—the rate paid on banks’ excess reserves held in their accounts at the Fed—to conduct monetary policy. The original idea behind the Fed was that it would be a quasi-clearinghouse, or bankers’ bank. It still retains some of these features. Member banks of the Federal Reserve System have their own bank accounts, which they keep at the Fed. The Fed can pay banks interest on their deposits, at the Fed’s discretion.

In the aftermath of the turmoil that ripped through markets in 2008, the Fed asked and received from Congress permission to pay interest to banks who held greater deposits at the Fed than the statutorily required minimum. By changing this administered (meaning non-market) rate, the Fed can change the incentives for banks to engage in financial intermediation. In other words, there is no longer a direct link between the total quantity of bank reserves and overall economic activity, as well as the macroeconomic variables that serve as snapshots of that activity.

How much does this change in the Fed’s operating framework matter? As it turns out, it’s a big deal. We need to remember the Fed’s awesome power: it has a monopoly on the production of base (alternatively, narrow) money, which is the economy’s most liquid asset. It can literally create money out of thin air. Anybody at all familiar with the logic of politics can see this power lends itself to abuse. Under the old monetary policy framework, however, there were immediate costs to misusing this power. If the Fed were to succumb to politicians’ influence, running the printing presses to satisfy a political interest group, the result would quickly be higher-than-desired inflation. The Fed would be forced to scale back. Now, however, the link between expansionary monetary policy and undesirable outcomes, such as higher inflation, is much weaker. The Fed can print money, purchase whatever assets it wants, and then prevent those purchases from having undesirable macroeconomic consequences by raising interest payments on excess reserves.

What this means is that the Fed now has a much higher degree of freedom to preferentially allocate credit. We saw this process start during the 2008 crisis. Rather than act as a responsible lender of last resort, the Fed tried to support the prices of specific assets, such as the now-infamous mortgage backed securities. It also made emergency loans to politically advantaged banks, which were not justified by the fundamental solvency of those banks. The Fed continued to abuse this power in responding to Covid-19. In the more recent case, the Fed made direct loans to non-financial organizations, including small- and medium-sized businesses, large corporations, and state and local governments. Although the magnitude of these policies is not yet large—these unconventional asset purchases are still a very small fraction of the Fed’s balance sheet—a dangerous precedent has been set. In the event of market turmoil, the Fed evidently feels comfortable not only being a liquidity provider, but also a credit allocator.

In other words, the Fed has stopped engaging solely in monetary policy. It is now doing fiscal policy as well. This mandate creep should trouble everyone who cares about the rule of law. When the Fed’s monopoly prerogative on money creation is used not for benign macroeconomic purposes, but in the service of fiscal politics, the economy will atrophy. Growth will slow down as scarce credit is allocated by politics, not profit. The Fed will become a less effective agent for fighting macroeconomic downturns. Again, the problem is that the Fed’s new operating framework presents too many opportunities for elected officials and bureaucrats to meddle in affairs beyond their competence.

Now that the supply of reserves in the banking system can become arbitrarily large, it’s much easier to engage in fiscal policy masquerading as monetary policy. Charles Plosser, a respected macroeconomist and former president of the Federal Reserve Bank of Philadelphia, summarizes the problem: “Once the demand for reserves is satiated, there is no limit, in principle, to how big the [Fed’s] balance sheet or volume of reserves can be. A large balance sheet unconstrained by monetary policy is ripe for abuse. Congress and an administration would be tempted to look to the balance sheet for their own purposes, including credit policy and off-budget fiscal policy.”

History shows we can’t trust central banks to stick to their mandates. Like all political organizations, they want to increase their power. Unfortunately, there’s no reason to think that an increasingly active central bank will better serve the public. As we’ve seen since 2008, the opposite is at least as likely. While this is true of all central banks, it is particularly evident in the case of the Fed. It is not simply that the Fed is getting worse at fighting recessions. It’s that the Fed’s operating framework systematically tends towards the abuse of life, liberty, and property. If we want to fix this, we need to take a much closer look at the relationship between money and freedom. Only if we understand this relationship, philosophically, economically, and historically, will we be in a position to fix what’s gone wrong with our monetary institutions.

This article, Monetary Control: Central Banks Today, was originally published by the American Institute for Economic Research and appears here with permission. Please support their efforts.

Cash Flow And The Deceptive Security Of Upfront Payments

Supply-Chain Software In High Demand In The Post-Covid Economy