Millions Of Low Paying “Jobs” Are Available, But Most Americans Can’t Afford To Take Them 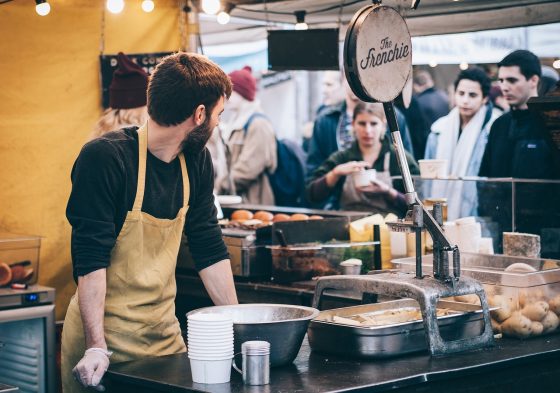 There are more job openings in the United States than ever before, but the vast majority of the available “jobs” pay so little that most Americans don’t want them.  If working extremely long hours for some employer is not even going to lift you out of poverty, then you are probably better off taking whatever government assistance that you can get until a decent paying job eventually comes along.  For example, if you get a job that pays 10 dollars an hour and you work full-time hours every week, you will earn somewhere around $1,600 a month before taxes.  Needless to say, you can’t survive in most U.S. cities on $1,600 a month these days.  It would have been tough to make it on $1,600 a month before the pandemic, but now we are in a highly inflationary environment.  Housing costs are absolutely skyrocketing, health insurance premiums are at extremely ridiculous levels and food prices have been rising aggressively.  The higher the cost of living gets, the less attractive low paying jobs are going to become.

Having said that, it is still good news that the number of job openings is sitting at a record high right now…

Job openings in the U.S. rose slightly in May to a record 9.21 million, reflecting an insatiable demand for labor as the economy fully reopens and businesses scramble to keep up with soaring sales for their goods and services.

The number of available jobs has set a record for three straight months. Job openings had fallen to as low as 4.6 million last year after the coronavirus pandemic briefly shut down much of the economy.

Having lots of jobs available is better than not having a lot of jobs available, but of course the vast majority of those “jobs” could not support a middle class lifestyle for an average American family.

Some have been using the term “labor shortage” to describe what is going on out there, but in reality what we are really facing is a shortage of jobs that people are actually willing to work.

Even though there are supposedly so many “jobs” available at this moment, the unemployment rate in this country actually went up last month…

“There’s simply no labor shortage when you’re talking about finding house cleaners for a hotel — there is a shortage of workers who want to work at what you’re offering,” said Sylvia Allegretto, a UC Berkeley labor economist. She said the country is experiencing a “wage and benefits shortage.”

A labor shortage implies there aren’t enough available workers to fill open jobs, but this is not the case nationally, or in California. National unemployment in June was 5.9%, up from 5.8% in May, in part because the number of people looking for jobs grew, according to data from the Labor Department on Friday. California’s unemployment is tracking higher, at 7.9% in May.

Of course it doesn’t help that being unemployed pays quite handsomely in many states these days.

If you can make more money doing nothing, it simply doesn’t make sense to work.

In order to encourage more people to work, many large chains in the restaurant industry are now raising wages substantially…

Job openings in the accommodation and food services sector increased from 1.16 million in April to 1.25 million in May.

To entice workers to stay — and to hire more people — restaurants have been raising wages. Darden Restaurants (DRI), which owns Olive Garden, announced in March that it is hiking pay. McDonald’s (MCD), too, announced wage hikes for employees at corporate-owned stores in May. Others have done the same.

Large corporate chains can do this because they have deep pockets.

But millions of small businesses all over the country that deeply struggled during the pandemic are not in the same position.

Ultimately, a lot of small business owners find themselves doing more and more of the work themselves because they simply can’t find enough people to work for the wages that they are offering.  Here is just one example…

Jarvis Young, who owns a Papa John’s in Los Angeles with his wife, is struggling to staff up at all levels, from managers to delivery drivers. He employs 16 workers and said he needs closer to 23.

He has started borrowing employees from other Papa John’s franchises to keep up with demand. Until they hire one, his wife is acting as the general manager. The two of them sometimes deliver pizzas — not quite what they envisioned for themselves as franchise owners. “At the end of the day, this is our business,” he said.

Today, there are tens of millions of Americans that are considered to be among the “working poor”, and that number is growing with each passing day.

The cost of living is rising far faster than our paychecks are, and an increasing number of Americans are not even able to afford the basics.

For instance, everyone needs a place to live.  Unfortunately, home prices have surged so dramatically this year that the percentage of Americans that say that it is a “bad time to buy a home” has risen to the highest level ever recorded…

The percentage who said that it was a “bad time to buy a home” spiked over the past three months from record to record and in June hit 64%. Consumers cited home prices as the predominant reason.

A record low 32% of the respondents said that it was still a good time to buy a home, while the percentage of fence-sitters who didn’t know dropped to 4%.

And just trying to buy enough food to eat is becoming a challenge for a lot of people.

When I went to the grocery store this week, I was stunned to see how high prices had become.  Of course some manufacturers are trying to hide price increases by shrinking the sizes of their packages, and this is something that NPR did an article on the other day…

A couple of weeks ago, Edgar Dworsky walked into a Stop & Shop grocery store in Somerville, Mass., like a detective entering a murder scene.

He stepped into the cereal aisle, where he hoped to find the smoking gun. He scanned the shelves. Oh no, he thought. He was too late. The store had already replaced old General Mills cereal boxes — such as Cheerios and Cocoa Puffs — with newer ones. It was as though the suspect’s fingerprints had been wiped clean.

But Dworsky’s story didn’t end there.  He decided to check out the back of the store, and it was there that he discovered what he was searching for...

Then Dworsky headed toward the back of the store. Sure enough, old boxes of Cocoa Puffs and Apple Cinnamon Cheerios were stacked at the end of one of the aisles. He grabbed an old box of Cocoa Puffs and put it side by side with the new one. Aha! The tip he had received was right on the money. General Mills had downsized the contents of its “family size” boxes from 19.3 ounces to 18.1 ounces.

Dworsky went to the checkout aisle, and both boxes — gasp! — were the same price. It was an open-and-shut case: General Mills is yet another perpetrator of “shrinkflation.”

As I discussed a few days ago, we are going to be in a high inflation environment for the foreseeable future.

That means that low paying jobs will just become less and less attractive.

So employers can boast that they have as many “job openings” as they want, but if wage growth continues to lag way behind the real rate of inflation most of those jobs will continue to remain empty.

These business majors have the highest ‘return on investment’ — with college graduates earning up to $165,000 a year