Military Equipment and the Labor Theory of Value 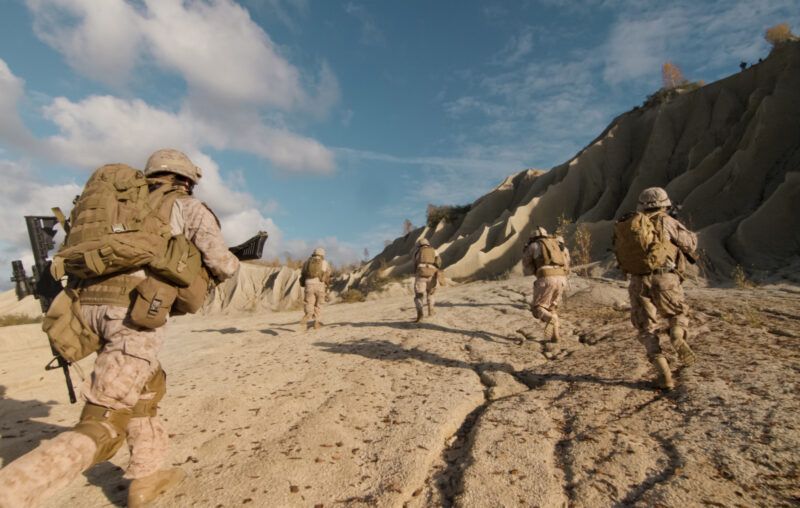 Ludwig von Mises once joked that only the government could take a useful commodity like paper, slap some ink on it, and make it worthless. We appear to have a similar problem with military equipment. We left military equipment in Afghanistan – including fixed-wing aircraft and helicopters, thousands of armored vehicles, tens of thousands of soft-skinned vehicles, and upwards of a hundred thousand small arms – costing something like $50 billion. The Republicans in Congress, apparently unaware that the decision to leave this stuff was made in 2014 (during the Obama administration), are demanding an investigation.

Let’s start with the few M1 Abrams tanks we sent to Afghanistan. These behemoths weigh up to 70 tons fully loaded. To get them to Afghanistan, the Navy had to first get them to a nearby place (Kuwait), and from there the Air Force had to fly them in. By unloading the tank as much as possible and by straining the capacity of the Air Force’s C-17 cargo plane, one of the tanks could be transported by one of the planes. The fact that a C-17 can do this job is impressive. On the other hand, it’s not cheap.

Given the operating cost of a C-17 of maybe $50,000 per hour, the time needed to fly from Kuwait to Afghanistan and back again, the turn-around time on the ground in Afghanistan, and the time needed to position the plane in Kuwait in the first place, and then to reposition the plane afterword, the cost of getting one M1 to Afghanistan was maybe $1 million. And, the cost of getting one of them out was similar. But, given that the military values the tank at something like its cost of $8 million, evacuating the M1s made sense.

During the time that we had M1s in Afghanistan, they wound up being used mainly for their optics, as spotters for snipers. We killed maybe fifty bad guys with the M1s we had over there.

Now consider the thousands of MRAPs (Mine-Resistant Ambush Protected vehicles) deployed to Afghanistan. These are huge trucks with thick “V”-shaped bottoms capable of surviving IEDs (improvised explosive devices). They weigh up to 30 tons and cost up to $1 million apiece. By the end of the war, the military had 40,000 of these monsters, way more than its long-term needs. Hundreds were being given away, you know, to police forces because of the growing lawlessness in urban centers. Maybe we were going to lose the war in Afghanistan, but we could still win the war In Chicago. Thousands of other MRAPs were simply cut up and sold for scrap. But, what to do with the thousands in Afghanistan?

It doesn’t matter what the damn things cost. If they are surplus to your needs, they’re only worth their scrap value. If you’re at all rational, you’re not going to spend a half million dollars apiece to evacuate them from Afghanistan just so it’s not embarrassing. And, neither was anybody else going to bear that cost. The U.S. offered them for free to any allied military that would bear the cost of getting them out, but there were no takers.

Given the harsh conditions of Afghanistan, the MRAPs as well as the Humvees and other vehicles and equipment in that country were in bad shape. It costs a lot to maintain military equipment. For example, for an M1 tank, one hour of maintenance per one hour of use. And, once the military anticipated leaving the equipment behind, maintenance was shortened. In a sense, that the stuff became uneconomic to evacuate was a self-fulfilling prophecy.

The U.S. considered transferring a lot of the stuff to the Afghan army but, let’s get real. The Afghans were hardly able to maintain what they had, and a lot of the stuff they got their hands on was sold on the black market. After twenty years in that God-forsaken place, we did not transform it into a democracy capable of defending itself. About the only thing we accomplished was make them even more corrupt and even more suspicious of each other.

Now that we’re completely out of Afghanistan, a new option has opened up. Instead of flying the stuff out, or transporting it on the ground through Pakistan or central Asia to a distant place, the Taliban can sell the stuff to Iran. Iran, after all, is just across the border. Hopefully, all the Iranians will be able to do is scrap the stuff. I’d hate to think the Iranians will be able to make the stuff serviceable and provide it to their network of terrorists.

On the other hand, maybe leaving all this stuff in Afghanistan was a master stroke by the neocons. Perhaps they hatched a devious plan to burden the Iranians and their terrorists with U.S. military equipment. This equipment is enormously costly to operate and maintain. By leaving so much of this equipment in Afghanistan, the neocons planned to do to them what they did to us.

This article, Military Equipment and the Labor Theory of Value, was originally published by the American Institute for Economic Research and appears here with permission. Please support their efforts.