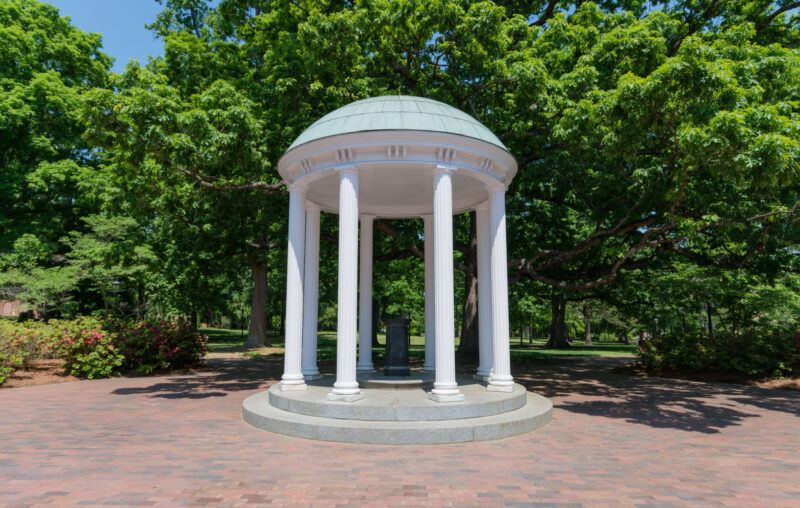 Next week, the Supreme Court will hear arguments in cases alleging that Harvard and the University of North Carolina, like many other major universities, have engaged in illegal discrimination against Asian Americans. Whatever legal answers the Court gives about the scope of antidiscrimination norms under Title VI and the Constitution, the underlying issue—the relation between meritocracy and multicultural democracy—will remain both contested and momentous.

The Advantages of Meritocracy

Meritocracy has long been a feature of advanced liberal democracies. Whether determining who goes to elite universities or who gets what job, making decisions on the basis of merit—the ability to perform well in education or at work—has substantial economic, political, and even geopolitical advantages. Economically, it puts the most productive and talented people in the places where they will make the most difference in making scientific breakthroughs, shaping technical applications of those breakthroughs, and managing the business organizations bringing that technology to market. Meritocracy also encourages citizens to gain skills that make them more productive than they otherwise would, because the efforts over which they exert their control, like studying and working hard, earn a return regardless of the characteristics that they cannot change, like family, tribe, neighborhood, or race.

Meritocracy has moral and political benefits too. It gives everyone a sense of agency over their own lives and opposes the fatalistic belief that their lives are predestined by relatively immutable characteristics. Moreover, the alternative to meritocracy empowers political factions and thus political conflict. For instance, when decisions were made on the basis of tribal affiliation, it made that identity an axis of political warfare. And by removing from political discussion the questions of what characteristics gain access to jobs and education, modern meritocratic democracy makes politics more tractable and less chaotic. Politics then hinges on a debate about whether and how much we should redistribute the wealth that meritocracy facilitates.

Because of its advantages for boosting the economy and stabilizing politics, meritocracy also has important geopolitical advantages. A nation’s geopolitical position ultimately depends on its power to project both military force and “soft” cultural power. A meritocratic democracy helps create the resources for sustained military strength. But importantly, it also generates a culture that has international appeal, because in art as well as commerce, competition on the merits helps create works that are most likely to appeal to universal human longings. It is hardly an accident that the United States, which had the most meritocratic culture in the twentieth century, ruled over both the military and cultural domains, particularly with its innovations in entertainment.

Multiculturalism can either substantially strengthen or gravely weaken meritocracy depending on whether diverse cultures become simply another input into a meritocratic system or create pressure for overhauling it.

If different cultures simply remain inputs, they can improve meritocracy, because new cultures then bring their own distinctive virtues and excellences to a nation. For instance, immigration by Jews into a largely Christian America brought huge dividends to society. Their culture, focused on education and intellectual achievement boosted the arts, science, and business in twentieth-century America. Today, different immigrant groups from around the world potentially redouble that promise. Their influence on the arts in particular may better shape America’s artistic productions to have a universal appeal, increasing our soft power.

Moreover, there is always a danger that a dominant culture will become complacent and make meritocracy less productive than it otherwise would be. Openness to collisions with different cultures makes economic and cultural stagnation less likely.

But in practice, multiculturalism also poses great dangers. The problem is that, on average, members of different groups perform differently in educational and economic spheres. As our greatest recorder of cultural difference, Thomas Sowell, notes, “During the 15 years that I spent researching and writing my recently completed trilogy on racial and cultural issues, I was struck again and again with how common huge disparities in income and wealth have been for centuries, in countries around the world—and yet how each country regards its own particular disparities as unusual, if not unique. Some of these disparities have been among racial or ethnic groups, some among nations, and some among regions, continents, or whole civilizations.”

When these differences occur, the groups who are not doing as well as others will often be inclined to use the levers of democratic politics to rectify the disparities—even if that means departing from the rules underlying a meritocracy. Sowell also has documented that this development occurs not only in the United States, but in many societies around the world.

But laws providing racial and ethnic preferences reduce the benefits of meritocracy. They make society less wealthy, as people are assigned places in education and business based on characteristics unrelated to productivity. They create new forms of political conflict, because politics comes to emphasize a citizen’s race and ethnicity at the expense of achievement. They also rob people of their sense of agency, because their trajectory of life will be shaped by matters over which they lack control.

Multiculturalism, if permitted to be an engine of group preference, can prove more disruptive of societies that were previously strongly meritocratic than those that were not. In non-meritocratic societies where privileges have been dispensed on the basis of family and tribe, adding new characteristics of preference does not change the basic framework for structuring society. It may make the economy even less efficient, but it does not create new fundamental tensions.

By contrast, predominantly meritocratic societies like the United States develop a set of norms celebrating achievement and the objective metric that determines them. But the cognitive dissonance injected by group preferences puts even those objective metrics at risk. We have seen that when some groups do less well than others on tests, the claim arises that there must be something wrong with the tests. As a result, many universities, including the University of California system, are now eliminating the SAT as an admission requirement. Relying entirely on more subjective measures will make admissions more capricious and reduce education’s meritocratic filtering function for everyone, not just the complaining groups.

Moreover, multiculturalism leads to some groups turning against the culture—Western civilization—that has been responsible for meritocracy and much of the rise in standard of living in the world. That opposition is doubly ironic. First, Western civilization is itself the product of many cultures, including the ancient Greek philosophical culture and the Semitic religious culture from which Judaism and Christianity emerged. Second, there are thinkers in the West who have questioned meritocracy. But the wholesale rejection of Western tradition can be the most destructive of all to meritocracy, because like any political structure, it rests on cultural and philosophical foundations—in this case premises of individual responsibility and the possibility of objective truth nurtured by the predominant strands of that tradition.

This development also underscores the reality that—even if the Court declares preferences illegal—we can expect many institutions to change their criteria of evaluation to try and assure more proportional representation of the different groups comprising a multicultural society.

The Analogy to Liberalism’s Settlement on Religion

The closest analogy to the way a classically liberal society can successfully address multiculturalism’s alternate promise and threat is our previous political settlement that tolerated all religions but prevented any from dominating government. Liberal thinkers like Adam Smith welcomed the existence of competing religions within a single society. They offered alternative frameworks for morals and social norms that could compete in the religious marketplace. Religions also influenced one another to their mutual benefit.

The classically liberal religious settlement of toleration, like meritocracy, had other economic, political, and geopolitical advantages. As James Madison noted in his Memorial and Remonstrance Against Religious Assessment, it allowed the nations to deploy the most talented citizens, regardless of religion. It simplified politics, also allowing it to focus in time on the axis of redistribution. Nations like Britain and America that showed greater religious toleration also gained geopolitically by attracting talented citizens from nations that showed less tolerance. Thus, the benefits of a multi-religious society overlap with those of a multicultural society.

But when religion became a matter of political disputation, it became destructive of social peace. And thus, one of the early hallmarks of liberalism was to insist that questions of religious truth be removed from politics. Over time, liberal norms demanded that religion not be used to determine employment and educational opportunities. To be sure, religious schools were allowed within this settlement, but they were in a sense the exception that proved the rule—islands of religious cohesion in the sea of employment and educational decisions where religion was allowed to make no difference. And they had the intrinsic value of permitting believers to keep their faith alive—a value that was not in fundamental tension with meritocracy.

Meritocracy can tolerate very confined exceptions to its norms. For instance, if can be shown that some individuals or families deserve additional consideration because of past discrimination by the relevant institutions, not simply lack of proportionate representation, some exceptions could be made for them as a matter of intrinsic justice. Moreover, the exception could be reconciled with basic meritocratic principles on the theory that but for the past injustice, they would have a better chance at selection today. But that exception—sharply limited in scope, timing, and rationale—is entirely different from a diversity regime that seeks to make sure that ethnic and racial groups are always represented with a “critical mass” in education and employment.

Thus, beyond the statutory and “capital-C” constitutional questions that will engage the Court in the Harvard and North Carolina affirmative action cases next week, there remains a more profound “small-c” question behind these cases. Will America come to an enduring settlement, not unlike our religious political settlement, that puts race and ethnicity outside the ordinary bounds of political, educational, and employment decisions? When the question is put to citizens in state referenda like those in California, Michigan, and Washington, a large majority embrace this settlement. But much of the educational and corporate establishment does not. The formation of such a settlement would be the reverse of the religious settlement, which was forged largely by elites.

Thus, the decisions in the coming affirmative action cases, as important as they are, represent just one skirmish in what is shaping up to be the most significant battle for the values of liberal individualism since the religious settlement of past centuries.

This article, Meritocracy and Multiculturalism, was originally published by the American Institute for Economic Research and appears here with permission. Please support their efforts.