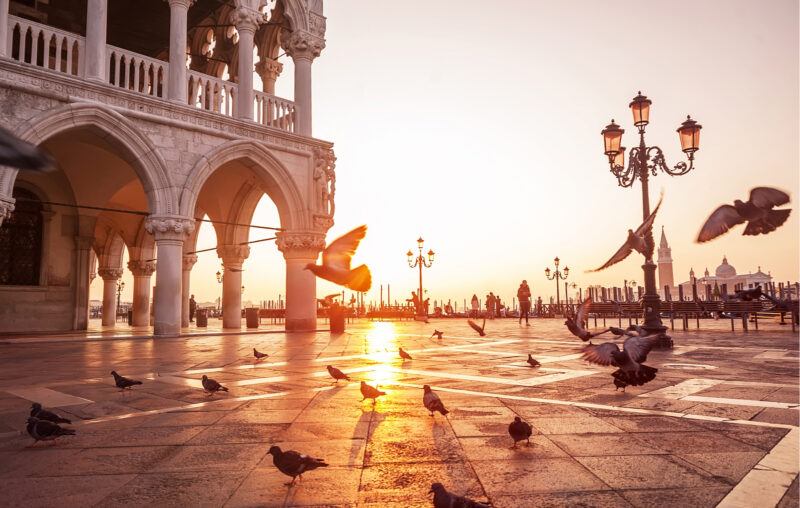 One common and fashionable charge levied against free enterprise is that private transactions don’t take into account their impact on third parties. Economists call this “externalities,” as the damage (negative) or benefit (positive) accrues to somebody outside the initial transaction.

I make a voluntary and mutually beneficial trade with Bob. Both of us walk away from the transaction richer than we were walking into it: I gave up something I considered of less value in exchange for something I valued higher; Bob did the same but his value scales were reversed – inequalities make markets.

Charges of externalities emerge when some consequence in that trade damages John, a third-party observer who had no say in the transaction that I and Bob made. John innocently suffers from the outcome of me and Bob selfishly pursuing our own ends. From society’s point of view (the aggregate well-being of all three of us), we transacted too much compared to an ideal situation where John’s well-being was incorporated into all the transactions that I and Bob did. To rectify the injustice of this outcome, economists have but a single solution – have the government step in and ameliorate the situation: Only government officials (advised by the same economists ushering in the theory, one would suppose) can have the correct knowledge and the ability to enforce the right values. To tax the transaction if it involves harm on others, and ideally reimburse John for his suffering; or to incentivize the production by subsidies if the transaction benefits John but markets can’t make him contribute to its production or perhaps tax him for his unearned gains.

As an intellectual exercise the theory of externalities makes a lot of sense. Examples are easy to conjure up; most students in economics classes have been made to draw supply-and-demand curves with gaps between the private marginal cost and the social marginal cost. Most of the modern discussion about environmental harm and climate change involve precisely a global situation of this: people use energy, transact over gasoline, and make consumption and production decisions without taking into account the consequences of their actions on other people – think smog in congested cities, rising CO2 concentration in the atmosphere, or the irreversible depletion of scarce resources that don’t regenerate. The solution chanted by everyone from activists to environmental economists like William Nordhaus is to raise the price of carbon emissions – ideally by having governments enact a carbon tax on every activity that uses carbon-intensive energy.

In the eyes of a market critic, the principle of unrectified externalities is the death blow to capitalism, a charge frequently extended to every odd instance of market behavior: food production, health care, outsourcing of manufacturing jobs, the Fed’s monetary policy, vaccine and mask mandates. Everyone’s lives and market decisions, according to the externality-only view, is everyone’s else’s business.

What’s strange is that every competitive business already has the incentives in place to drive down input costs – of which commodities and energy are non-negligible expenses: A private enterprise, dead set on nothing but profit, is eagerly looking for ways to reduce resource use and electricity consumption. Indeed, this is already happening, in both small and large scale, as production is getting more efficient and economies are squeezing out more value from the same emissions. Maybe not enough, in the eyes of an externality-obsessed economist or an impatient climate activist, but still.

In Nordhaus’ recent book, The Spirit of Green, he spends chapter after chapter hammering in the core concept of external effects. He gives countless examples and illustrates how everything is an externality – with the unspoken implication that governments need to rectify every social or market activity. One particularly illustrative instance involves New York City’s Central Park. It might seem unfair that people living close to the park receive the positive externality of a greener living environment and thus higher property prices, but Nordhaus correctly shows that people living there already pay handsomely for it (he cites a figure of $1.5 million more “for an apartment near Central Park than in more distant neighborhoods” – on which owners pay roughly 3.5% annual property tax). Positive externalities get internalized in property values.

In the very next paragraph he performs a stunning feat of cognitive dissonance when considering the opposite example: a garbage dump in a low-income neighborhood. City planners often follow market prices and choose low-income neighborhoods for parking garages or storing trash: land prices are lower here, so it saves the city some necessary expenditures. But, objects Nordhaus:

“This calculation is flawed. It leaves out both nonmonetary consequences (such as health) and monetary transfers (such as losses in property values to residents, who are probably least able to afford the losses). Increasing air pollution in a low-income neighborhood imposes a burden on a population that is already relatively unhealthy and has poor health care.”

This is inconsistent, and for our purposes shows that having governments reduce externalities is likely to be net harms to the very people it pretends to help. Through the actions of individual people and their subjective evaluations, these harms are already accounted for.

If high apartment prices near Central Park internalize the positive externality of living next to a beautiful green park, then low property prices of living next to a suburban garbage dump must, by symmetry, internalize the negative externality of living there. Nordhaus confuses the initial effect with the dynamic long-run effect. When the park first was built (and people valued living next to it over identical apartments elsewhere), that generated an unearned windfall for the people owning adjacent properties – just like the new parking garages and the garbage dump created negative windfalls for the people living there. But with enough time, those conditions are factored into the market prices and subjective valuations of living there.

Those opting to purchase, and live in, apartments around Central Park do get the external benefit of the city maintaining the park, but they also pay handsomely for it, both through market mechanisms (property price) and through government intervention (property tax based on values). Those who are relatively less bothered by traffic, ugly concrete buildings, or stinky garbage dumps can get cheaper access to housing than they otherwise would have. By selection, we get the result that those who currently live next to the source or a positive or negative externality are those who think the trade-off is worth it – others have moved or have been priced out of that market.

What’s so fascinating about this instance is that the economist corps already knows this: markets internalize externalities – by land value, by selection, by trade-off along other margins that matter to people. Echoing Armen Alchien’s anecdote about refusing to crush a magic capsule that would rid Los Angeles of pollution, Brian Albrecht, a fellow with AIER, made “An Argument Only a Crazy Economist Would Make.” In his account, “Low-income families are more willing to sacrifice air quality for cheaper rent:

It’s a simple consequence of thinking through price theory and how actions in one area reverberate across different markets. Markets are interconnected. That’s price theory 101.

It’s also about comparing the marginal vs. the inframarginal people: the low-income people are the marginal consumers of the clear-air housing market. They are run out when the price rises. They are inframarginal consumers in the market for housing with pollution; it is a lower cost for them to live with pollution and so they earn rents when there is pollution.

If you’re the cash-strapped poor, you’re likely to want to trade off along dimensions other than money.

This, explains Don Boudreaux, another senior fellow at AIER and thoughtful contributor on these pages, on a similar topic: “Nothing is easier than for intellectuals to express displeasure with the observed manner in which individuals make trade-offs, and then to assert that this manner of making trade-offs implies a market failure.” The impact on third parties are often instances “of the market working rather than of the market failing.”

Were we to prod a little deeper into most of our green economists’ claims to spillover damages to others, we’d find that most of them are already well accounted for. Nordhaus writes, “If you travel to the large cities of India or China, you are likely to experience dangerous air pollution” – yes, but the person traveling there, like the workers in the “dark satanic mills” of the 19th century, did so willingly (and for a large wage premium), subjectively evaluating that the benefits outweigh the negatives.

In an even more absurd example, Nordhaus considers the health implications of marrying a smoker; you are now exposed to dangerous second-hand smoking – a clear instance of external damage. Except that I willingly chose to live with a smoker, cannot fail to notice their bad habit, and can take whatever precautions I deem necessary. Making the calculus that some bad is still worth enduring does not indicate that there’s foul play or that the government must ride to my assistance.

If you don’t like smog, you can move; if you don’t like climate change, you can cease contributing to it (and pay others to similarly abstain); if you don’t like filthy parks with plastic waste and – increasingly so – mask debris, you can a) refuse to use those products, b) pick them up, c) set up a park of your own and viciously police and monitor littering. The fact that you don’t, and the costly obstacles for you to actually do that, indicates to us that you don’t, in fact, value the cleanliness of the park that much.

This article, Markets Already Internalize Externalities, was originally published by the American Institute for Economic Research and appears here with permission. Please support their efforts. 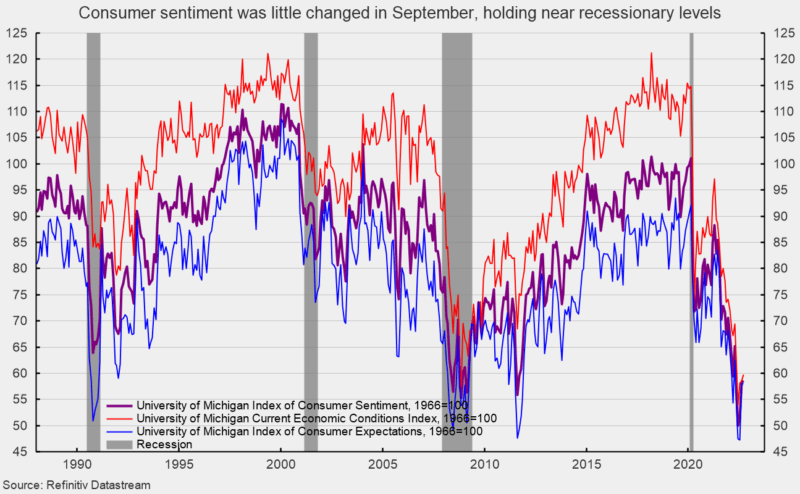