Market Competition Is the Best Solution for Big Tech Power 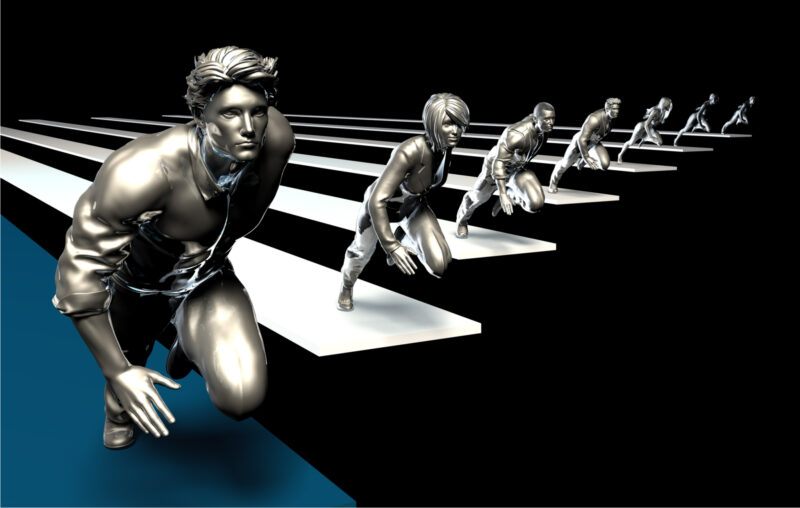 The so-called “Big Tech” monopolies are uniting politicians and media pundits from both the left and right. Whether the argument is “too much power” or “censorship,” both sides have problems with these monopolies.

Leftists claim that free market capitalism leads to a concentration of power leading to exploitation of consumers. They also oppose subsidies and special privileges for large corporations. However, what they fail to realize is that they are complaining about cronyism, not capitalism. In a true free market, businesses rely on voluntary exchange (not exploitation) and corporations do not receive special treatment or subsidies.

Those on the right loudly support “American free enterprise;” yet, they want more government intervention to control successful Silicon Valley companies and some even call for the breakup of these companies. This, obviously, is inconsistent with free enterprise philosophy, which celebrates success. Those on the right argue that Big Tech companies censor and squash conservative voices. This may be true, but is it a violation of free speech rights when a private entity is involved?

On June 29, a federal judge in Washington ruled that Facebook is not a monopoly and dismissed two lawsuits filed by the Federal Trade Commission (FTC). According to The Washington Post, “U.S. District Judge James E. Boasberg said the Federal Trade Commission had failed to offer enough facts in its complaint to prove its assertion that Facebook controlled 60 percent of the social media market.” It begs the question of why is 60 percent the magic number to prove that Facebook has too much control? Further, control is an inappropriate term since a private company cannot force consumers to buy or use their product or service, unlike the government. Why there is an FTC (or the rest of the alphabet soup of bureaucracies) in the first place is something else that cannot be justified by those who support a true free market.

Fox News host Will Cain recently interviewed Republican Congressman Jim Jordan and Democratic Congressman Ro Khanna discussing the six bills in the House aimed at Big Tech. One, the Merger Filing Fee Modernization Act, would allocate an additional $670 million to the Department of Justice (DOJ) and FTC antitrust divisions, another example of wasteful government spending. It also extorts companies for the privilege of merging. Another bill would create a Bureau of Digital Markets to enforce the new regulations—one more agency created to “protect” us.

According to another proposed bill, the Ending Platform Monopolies Act, it would be illegal for a dominant platform to create their own line of businesses to crush less mature or potential competitors. Isn’t trying to “kill” competition the very essence of competition? Nevertheless, this terminology is actually not correct. The only reason Apple or Amazon became dominant is because consumers allowed them to. Indeed, it is consumers, through voluntary actions who are “killing” competition. Now, if the government were to prevent new firms from entering the market or force individuals to buy products or services from a particular firm, then that would be a different story.

The American Innovation and Choice Online Act would prohibit tech platforms from pre-installing software. This is arguably a coercive and manipulative practice. As a consumer, I actually like having pre-installed software on my products. Nevertheless, the iPhone is Apple’s property and they should be able to pre-install whatever they want, much like Microsoft should be able to pre-install whatever programs they want on their Windows operating system. Again, these private businesses cannot force us to buy their products. To be clear, even if, for example Apple or Microsoft, made it impossible to uninstall one of the pre-installed programs on their product or prohibited consumers from adding a competitor’s product to their iPhone or Windows-based computer, these would not be anticompetitive practices. In fact, these are examples of competitive behavior.

When large companies buy up smaller ones (e.g., Facebook acquiring WhatsApp and Instagram), they are charged with monopolizing the market. Larger companies are criticized when they do not allow another business to use or sell their product on their platform (e.g., Apple denying Parler access on the App Store) while others are chastised for manipulating searches in their favor (e.g., Google). Yet, these are all examples of competitive behavior. Trying to disadvantage the competition or deny a competitor a platform is perfectly legitimate. This is analogous to a homeowner not allowing someone into their home and that person then claiming harm. To harm someone you must violate their rights or deny them something to which they are entitled.

Apple, Google, and Facebook do not owe us their products and services. I don’t have a Twitter account and that’s okay!—my life is just fine. Life is also fine without Facebook; I know many who do not use Facebook and are living wonderful, fulfilled lives. There was no Google decades ago and life was great. Now that these companies do exist it is interesting to hear the chatter of being owed things or being denied certain rights. Again, private companies do not owe us their products and services, they cannot force us to buy their product or service, and we do not have to use their products or services.

The reason these companies are dominant is the value they have created for consumers who voluntarily use their products and services. Willing consumers made small startup companies into the Big Tech firms we know today.

Conservatives say they support free speech but must realize there is no right to have digital real estate on another’s private property. It is not “censorship” when I tell people what they can and cannot say inside of my own home. After all, entering my home is a privilege, not a right. If my guests do not agree with my house rules, they are free to leave or host an event at their own home. Google may filter out conservative websites or personalities from their search engine; Twitter may very well be trying to extinguish voices that go against leftist agenda. Only the government can violate free speech; if the government ordered Big Tech companies to filter conservative sites or block conservative voices that would be a violation of free speech.

What is wrong with a private company trying to give itself every possible advantage? When did it become anti-capitalist or anti-free enterprise for a private entity to not allow others to use their private property? What many do not seem to grasp is that in a true free market or capitalist system, a private business cannot force consumers to buy their product: willing consumers made Big Tech big.

Competition is a rivalrous process that can lead to multiple firms or one that remains standing. However, nothing guarantees that being number one today means being number one forever. It is not anticompetitive to keep a competitor from using one’s own property; we have no right to post our opinions on another’s private property. The only real monopoly is the government itself or a business given a special privilege by the government. Government is the only entity that can legally use force and it is Big Government that is the real threat to liberty.

This article, Market Competition Is the Best Solution for Big Tech Power, was originally published by the American Institute for Economic Research and appears here with permission. Please support their efforts.