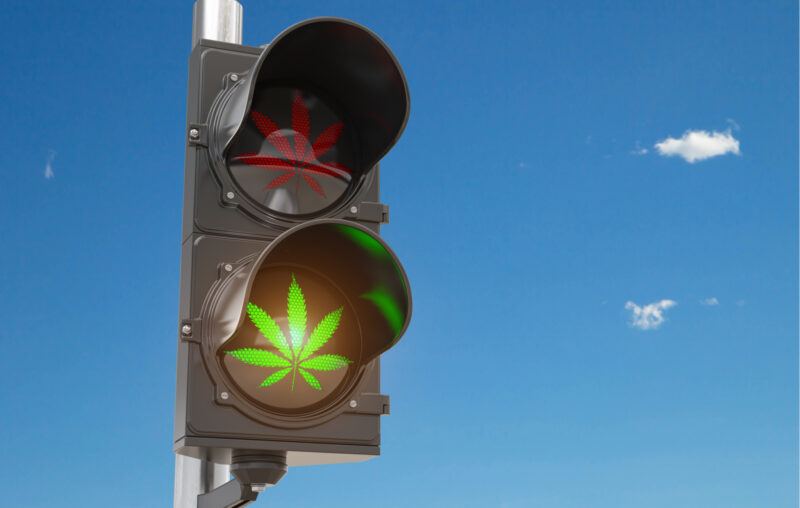 How the world has changed. A half century ago Richard Nixon infamously launched the Drug War. His attempt to suppress crimes without complaining victims was doomed to fail. To the health and social problems brought about by personal drug abuse, Uncle Sam added the enormous harm created by government legal abuse. The consequences for American liberty were especially dire.

The only way to prosecute a widespread victimless, or self-victim, crime is to violate civil liberties on a national scale—intrusive searches and seizures, wiretaps, informants, coerced cooperation, punitive sentences, SWAT teams, property confiscations, predawn raids, and more. Millions of people were arrested and imprisoned. Millions of Americans lost their economic and educational futures. Millions more were turned into felons. And the entire criminal justice system was corrupted, with prosecutors acknowledging that cops often lied about searches and arrests. Judges ignored the Constitution in what was known as the “drug exception” to the Fourth Amendment. All to convict people of hurting themselves, at worst.

Moreover, the Drug War unleashed mass violence on select neighborhoods. City streets were overrun with combat to control the illicit trade. The black market drew peaceful users into a violent, dangerous underworld. U.S. pressure on foreign governments sparked combat over drug production and sales in foreign countries, including Afghanistan, Colombia, Mexico, and Peru. Governments were thoroughly corrupted and tottered on the edge of collapse.

Enforcement practices uniquely punished inner city residents. Noted Jamila Hodge of Vera Institute of Justice, “Black and brown people are disproportionately impacted by drug enforcement and sentencing practices. Rates of drug use and sales are similar across racial and ethnic lines, but Black and Latinx people are far more likely than white people to be stopped, searched, arrested, convicted, harshly sentenced, and saddled with a lifelong criminal record.” These legal disabilities carry on through life—affecting the ability to go to school, get a job, receive government benefits, hold political office, and vote in elections.

Yet after decades of spending billions of dollars and deploying thousands of law enforcement personnel, little was achieved. Government surveys found that drug use was still widespread, even with teens. Government claimed ever greater “record” seizures of illicit drugs, as if that was a success, as arrested dealers were readily replaced. Government at all levels continued to fill jails and prisons with drug offenders. In many cases prohibition merely shifted users from one drug to another, such as marijuana smokers to legal stimulants, including alcohol and tobacco.

Ever larger numbers of politicians defending prohibition, and law enforcement personnel enforcing prohibition themselves used illicit substances. Even presidents—George W. Bush and Barack Obama—admitted to illegal drug use, as did entrants to professional fields ranging from law to medicine and beyond. Emergency services and security agencies were forced to reconsider standards which disqualified otherwise worthy applicants.

The result has been increasing pressure to liberalize drug laws. That has emerged most powerfully with marijuana. Today, half of Americans have used pot. An increasing number are doing so legally. Washington, D.C. and 19 states have legalized its recreational use. Another dozen states allow its use for medical purposes. Pressure is growing for national legalization. Indeed, two-thirds of Americans currently favor eliminating criminal penalties for drug possession. This willingness to reconsider a half century of failure is starting to affect treatment of other substances—earlier this year Oregon became the first state to decriminalize possession of small amounts of all drugs.

These changes have forced business to adapt, which has the net effect of normalizing drug use. Observed attorney Matt Kitty, “When it was totally illegal, you didn’t have to worry about it in corporate settings too much, but now there are a lot of gray areas.”

The issue is arising in multiple ways. The most dramatic, like at Vangst, is use at work. The Journal noted that “At some companies, marijuana plays a part in team-building and socializing.” That is relatively new, and most prevalent within the cannabis industry.

Another question is employer restrictions on and testing for off-hour consumption. Job searchers wonder whether to include drug-related experience on applications. Other issues involve social pressure rather than corporate regulation—does one admit pot consumption and to whom at work?

How far the world has moved is evident in the Journal’s conversation with 28-year-old entrepreneur Dae Lim. He said five of his 11 employees regularly use pot, and he adapts his use. Said Lim, “If it’s a meeting with a real-estate investor for a dispensary permit, I wouldn’t smoke,” but “if I’m meeting an artist for a collaboration, I think it could be appropriate to smoke together. There is a shared bond that gets created that way.”

Of course, there still is a long way to go toward full legalization. Hodge noted that “Today, police make more than 1.5 million drug arrests each year, and about 550,000 of those are for cannabis offenses alone. Almost 500,000 people are incarcerated for nothing more than a drug law violation.” However, as business increasingly deals with drug use in a diverse and nuanced fashion, employers are demonstrating they can accommodate drug users. This should speed decriminalization or legalization.

Particularly important, business can help to socialize drug use by moderating the ill effects of substance abuse. Companies and other institutions of civil society previously did that for alcohol use. So too they can teach people how to responsibly use substances which until recently were illegal. Even Vangst, for example, does not allow recreational, in contrast to medical, use of marijuana at work. The San Francisco pot wholesaler Nabis prohibits consumption at work because some employees use heavy equipment. In this way companies will increasingly shape the culture surrounding legal drug use by setting rules and creating incentives.

This article, Marijuana Legalization: Corporate America Now Leading the Way, was originally published by the American Institute for Economic Research and appears here with permission. Please support their efforts.

Leftist Political Terror Against Republicans Greenlighted by Biden and the Left