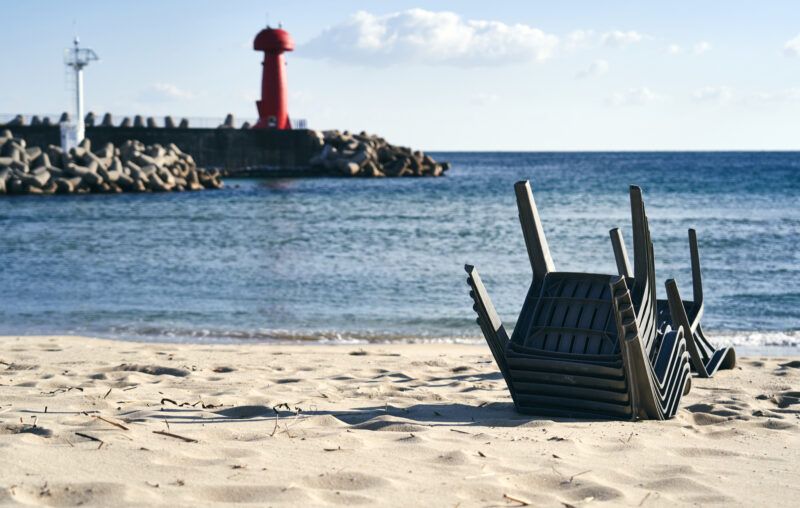 It used to be that the wealthy elite distinguished themselves through so-called Veblen goods. Ostentatious displays like a big house or fancy car once sufficed to show you were a member of the upper crust.

But times have changed. Today, to run among the elite, you have to show you care—with an emphasis on show.

If you believe social theorist Rob Henderson, today’s elites hold luxury beliefs. Such beliefs cost little to hold and often benefit the holder by improving her reputation in the in-group. So she’s likely to hold all manner of bizarre views. Most of these views will seem crazy to the plebs until they realize adopting them is a ticket to the cocktail party.

“The chief purpose of luxury beliefs,” writes Henderson in Quillette, is to indicate evidence of the believer’s social class and education.”

Henderson notices that the indirect costs of luxury beliefs are often borne by the poor and middle class, financially or in terms of direct consequences. But thanks to social media, telegraphing your virtue is cheaper than a carton of McDonald’s french fries, despite costly effects on the rest of us.

“Starting salary for a teacher should be $125K and go up to $300-400K,” writes a Facebook connection who wants desperately to preen and peacock his goodness.

Even though the average teacher salary in America ($65,090) is higher than the mean personal income ($57,143) – and teachers work fewer than 190 days per year with hours similar to other workers – the well-to-do can afford to think that starting teachers ought to make mad money. In most states, though, teacher salaries are funded by sales taxes or property taxes, which fall disproportionately on the poor and middle classes.

“No Human Is Illegal” reads millions of yard signs in wealthy enclaves.

But as the denizens of Martha’s Vineyard will tell you, it’s cheap to put up a yard sign. It’s far more costly to take care of real people who turn up in your community with nothing.

Forty-four hours after Florida Governor Ron Desantis’s stunt to fly fifty Venezuelans to the sanctuary island, Martha’s Vineyard’s elites sent the immigrants packing. It was purportedly because those elites lacked the “infrastructure” to help. Of course, the people of Brownsville, TX (median income $40,924) can relate. Even if one thinks, as I do, that we can set up policies that will do more to welcome and place immigrants, there is no doubt that the current immigration regime is a mess. In any case, those fifty poor Venezuelans will almost certainly end up in poorer areas with strained infrastructure.

“This idea that you spend money on an education as a cover charge to a career should be laughed out of the room,” tweets one virtuous soul cheering on President Biden’s constitutionally spurious debt-cancellation plan. Instead, this Tweeter writes, education should “form and complete them as people.”

The idea here is that in Utopia, higher education should be available to everyone for “free.” It’s one thing to hold such views. It’s quite another to figure out how to pay for it. Never mind that autodidacticism is already almost free.

Luxury Beliefs are Cheap for Now

The problem with luxury beliefs is that they’re not just for the rich anymore. These beliefs are trickling down to everyone at a steep discount as non-elites try to emulate elites.

The problem with luxury-belief emulation is people tend to vote their beliefs, especially when there is no direct cost to doing so. But that means aggregate costs balloon, and those costs get shifted to taxpayers or added to the Yellen-Powell Mastercard.

When most people read that the US debt to GDP is more than 130 percent, their eyes glaze over. But to put this into perspective, only three countries – Greece, Lebanon, and Japan – have higher ratios. And there is a growing concern any one of these countries could start a sovereign debt contagion–particularly in a world where there is about $300 trillion in debt floating around but only $100 trillion in economic output per year.

I don’t know whether Rob Henderson would approve, but I’d like to propose a corollary to the concept of luxury beliefs: poor man’s truths. Where luxury beliefs are cheap to hold but expensive overall, poor man’s truths might be socially costly to hold, but they better track reality, including any indirect consequences to the poor and middle class.

One major poor man’s truth is an idea that runs counter to all the luxury beliefs currently swirling around out there: austerity. Short of any major institutional change, the U.S. federal government has reached the stage where it must stop increasing spending or risk calamity. Our unprecedented debts loom as dark storm clouds over the republic, but no one wants to talk about it. Austerity ain’t sexy. It certainly doesn’t make you friends at swanky cocktail parties.

Imagine you have a friend who makes $40,000 per year in salary after taxes but also carries $300,000 in various debts. He would have a hard time ever paying down his debt, and it’s not clear that any rational person would loan money to him again. If he could set aside $500 per month to pay debts at 6 percent interest, it would take him 636 months to pay it all off. That’s 53 years. Now, the US federal government, though analogous, operates at a scale that is as complicated as it is humongous. The difference is our government doesn’t include what would be the parallel $500 per month to pay down its debt. So, if the federal government were your “friend,” you might want to offer a socially costly poor-man’s truth: stop spending increases.

Every time parties change power, the winners want to spend, spend, spend to shore up their power. Politicians do this by greasing the palms of their favored constituencies and special interests. We used to call that corruption. These days we just call it politics, as we have become enured to the idea that the government has two departments: Do Something and Gimme Gimme. Otherwise, it’s just another day for power brokers to indulge those enlightened few who are happy to hold all manner of nutty beliefs, even though they threaten any number of devastating socio-economic scenarios. Debt heaps upon debt. Inflation lingers.

Short of welcoming the brutal circumstances that would force everyone to experience the immediate pain of decades-long cost shifting and debt spending, how can we reduce the social costs of sharing poor man’s beliefs? And how can we raise the social costs of luxury beliefs? I wish I had the answer. But if we don’t figure it out, we’re all going to suffer mightily—except, that is, the elite. They’ll be in the best position to absorb the costs of any coming crisis.

This article, Luxury Beliefs Death Spiral, was originally published by the American Institute for Economic Research and appears here with permission. Please support their efforts.