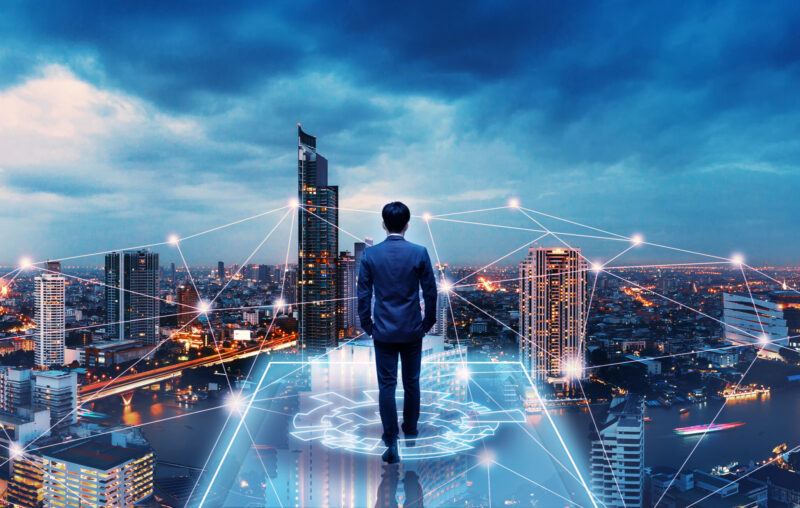 It doesn’t take a background in economics or public policy to know that the economy is changing and so too is the future of work. Covid-19 and the lockdowns that followed have accelerated society’s transition to the digital economy while highlighting the gross incompetencies that are inherent to our current regulatory apparatus. During the pandemic, we have seen firsthand how unnecessary, outdated, or even dangerous many of the regulations we have on the books can be. Rules preventing alcohol distilleries from producing hand sanitizer were lifted, along with rules preventing restaurants from providing alcohol for takeout, car manufacturers were allowed to produce ventilators, cosmetics companies could produce masks; the list goes on. It turned out that the ocean of rules and guidance from the regulatory state, in many cases, weighed down innovation and productivity.

The big takeaway here is that many rules are not only unnecessary but counterproductive. Many of these rules were put in place by well-connected political interests to keep out competition. With that said, it is clear that one of the most important pushes for regulatory reform post-pandemic would be to the rules that govern employment and labor. Reform at such a critical time for our economy with people looking to get back to work in the midst of a digital revolution will be absolutely critical to ensuring this transition goes smoothly. The steps on how to do so are outlined in much greater detail in an AIER publication titled Unfreeze: How to Create A High Growth Economy After the Pandemic. In order to make the smoothest transition to the digital economy of the future, we must radically rethink the way we regulate labor. We must transition away from an outdated system based on rigid rules towards a dynamic ecosystem built on honoring mutual contract and free association.

Distinguished legal scholar Richard Epstein has staunchly advocated for the use of simple rules at the highest levels, allowing more and more discretion the more intimate the interactions are. The government should set some basic rules about not violating the rights of workers and honoring contracts, not create a massive checklist of qualifications that must be fulfilled by every workplace regardless of how big or small they are. The conversations about how many hours to work, how much an employee will be paid, what benefits are available, and so on, should be a conversation between the individual workers and their employers. A comprehensive one-size-fits-all framework legislated from Washington, DC, and state capitals like we have now is not conducive to a competitive and dynamic labor market. It actually makes it more difficult to hire employees, especially for small companies or innovative firms that don’t fit the traditional mold.

Generally speaking, the current way we look at workers’ rights and labor regulations is predicated on the Gilded Age economy. The 9-to-5, five-day workweek for example is a remnant of the industrial Revolution where people like Henry Ford ran huge factories that employed countless workers on assembly lines. It probably made sense to have a minimum hourly wage, set vacation days, rules regarding hiring and firing, and so on. Our current economy looks nothing like that. People in many professions can basically work from anywhere now, having a college degree is common, and the service sector has become the dominant form of productivity.

Creativity and innovation have supplanted punctuality and endurance. For many companies and employees, traditional assumptions regarding work don’t make sense anymore. Why should companies follow regulations built for a five-day workweek, when they figured out that they’d be more productive with a four-day workweek with no set hours? What if an hourly wage is inappropriate for their work setting, which thrives better on fluid compensation based on output? If a role can be done remotely, such as mine, working hours becomes far more of a grey area because of a lack of definitive time spent in the office at “work” and more about ultimate productivity.

A one-size-fits-all labor apparatus only benefits powerful interests like big corporations and big labor unions who want to stamp out the competition to preserve their market power. For example, running compliance with all the regulations we have today is expensive. The Chamber of Commerce noted in 2016 that for just a rule regarding overtime,

If questionable cost estimates aren’t the problem it’s the Labor Department not even showing what regulations’ benefits will be. Since 2009, DOL issued 40 final rules costing $1.9 billion that had no measured benefits, (Randel) Johnson noted.”

Big corporations are the ones that can afford the lawyers and HR departments. Minimum wage laws are predicated on the aforementioned Industrial Revolution model of work and hurt potential workers with less experience while benefiting incumbents. Corporations like Amazon, who lobbied for a higher wage, also see labor regulations in general as a way to disadvantage smaller competitors. Restrictions on innovative forms of work like the sharing economy, (think companies like Airbnb and Uber) are pushed by competing and outdated factions like the taxi industry. Finally, many laws advertised as “helping workers” were really just used to protect white workers and keep down workers of color. Historically assigning more onerous restrictions on hiring made it more difficult to hire black workers who were willing to work for fewer benefits than white workers. The Chinese Exclusion Act was notably pushed for by labor unions who wished to leverage xenophobia and racism to protect themselves from competition.

The political process in our democratic society is a messy affair. A lot of the regulations that govern society are often outdated, unproductive, or made with malicious intent. Our economy is in the midst of an awesome transformation, and Covid-19 just accelerated that timeline. No central planner in Washington, DC will be able to predict how things will change nor will the political process be of any help. This is something that individual firms and their employees will need to figure out for themselves through a rigorous process of trial and error in the market.

To support that transition, our government should focus on enforcing the unique contracts made by individual employees with their employers and ditch the outdated one-size-fits-all checklist of labor regulations. Such an approach would rely more on civil society, the court system, and common law rather than the Department of Labor. This will create the most inclusive and dynamic system of labor arrangements that can ensure that the most people possible can transition to the digital economy. Such an approach will ultimately empower individual workers and employers, not the entrenched interests of big corporations and big labor who seek to hold onto the past at the expense of everyone else.

This article was originally published in the Trinity Tripod, a student-run publication at Trinity College. This article features edits and additions.

This article, Lockdown, Labor Laws, and the Digital Economy, was originally published by the American Institute for Economic Research and appears here with permission. Please support their efforts.