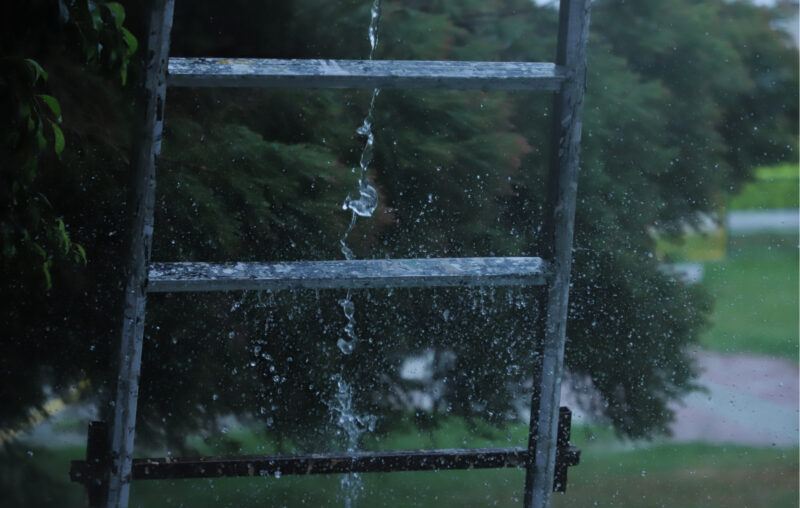 In the earliest days of the Covid pandemic, individuals opted to stay home en masse. Shortly thereafter many more stayed home under government stay-at-home and lockdown orders, imposed all around the world. And even as those restrictions were relaxed or lifted, many found themselves working from home for the better part of a year–indeed, some continue to–often under relaxed circumstances. With much more time on their hands, and in an environment where gyms were closed, social engagements abolished, and vacations cancelled, a sizable number were seized by a sense of industry, seeking to capitalize upon the sudden and unexpected bounty of time at home.

Polls and earnings of relevant businesses regarding home improvement clearly show an explosion of such projects during lockdowns. Surveys by the Home Improvement Research Institute add another important layer of information: most individuals undertook those projects by themselves. A July 2020 poll by Porch found 76% of homeowners in the United States had started at least one home improvement project since the beginning of the pandemic, and 78% planned to start one in the next 12 months. We now know that in the US alone an estimated $420 billion was spent on home improvement and repairs in 2020.

Driven by pandemic restrictions and government stimulus checks, Home Depot’s same-store sales rose over 23% in the second quarter of 2020 on revenue of $38 billion, which vastly exceeded analyst estimates. Lowe’s saw its sales grow by a whopping 35% between 2019 and 2020 with total sales of $27.3 billion.

Between January 2020 and June 2021, the stock prices and total return on such home improvement-related equities as Home Depot (HD), Lowe’s (LOW), and Tile Shop Holdings (TTSH) dwarfed the considerable rise of the broader S&P 500 index. And nowhere was the do-it-yourself boom more clear than in lumber markets, the travails of which AIER has covered in depth.

But home improvement projects invariably involve ambitious but novice carpenters, plumbers, roofers. They also involve consequent injuries. Drills, saws, and the many other types of power tools typically don’t come with any sort of training. With the only effective barrier to their use being the ability to afford (or borrow) them, outcomes can sometimes be dreadful. Even simple tools like hammers, manual saws, and the like used while on a ladder or in other precarious situations are known to elevate risks of injury.

Does it bear out that, with untold legions of aspiring craftspeople at home for several months, project-related accidents increased?

The answer is perhaps…but it’s difficult to say.

The data provides a somewhat complicated picture. Some studies do indeed show that injuries due to DIY projects increased as Covid mitigation policies went into effect. For example: an Australian hospital study found a 327% increase in hand injuries arising from do-it-yourself efforts.

But overall, a very different trend materializes concerning emergency room admissions worldwide: medical studies (some of which were peer-reviewed) covering data from France, the United Kingdom, Italy, Ireland, and New Zealand all show a decrease of patients visiting treatment centers. And the United States is no exception. The CDC found emergency room visits declined 42% in the early part of the pandemic.

There are certainly some potential explanations for this, but being somewhat counterintuitive, a closer look is in order. Using data from the National Safety Council (NSC), which aggregates and reports emergency room visits, we examined trends in types of home improvement-related injuries from 2015 to 2020. Three graphs follow, all covering the 2015 to 2020 time period, inclusive.

The injury categories in the NSC database chosen include those incurred via:

A few trends are readily identifiable. In the first graph, we see mostly level injury rates between the early part of the time period covered, with injuries sustained from working with bathroom structures and fixtures, hand garden tools, and using ladders and stools declining between 2019 and 2020.

In the second graph, we see a clear rise in the number of injuries resulting in hospitalization or demise upon reaching emergency rooms from 2019 to 2020. Evidence that home accidents led to an increase in hospitalizations or fatalities as a percentage of total reported accidents rose markedly between 2019 and 2020 is depicted in the third.

The relative stability of injury rates per 100,000 between 2019 and 2020 is, at first glance, puzzling. An immediate conclusion that could be drawn suggests that injuries involving the listed types of tools and implements ending in hospitalization and death increased as total injuries declined; a possible, but strange outcome. Also conceivable is overreporting in hospitalizations and fatalities: the number of injuries categorized as resulting in visits to the emergency room may have included a higher-than-average number of patients who, upon or shortly after admittance, nevertheless left against medical advice. (Obviously, fatal accidents do not leave much room for interpretation.)

A third conclusion is that the increase in mishaps ending in a hospitalization (or demise upon arrival) is being reported accurately, while total accidents are not. And there exists a large and growing body of evidence supporting this conclusion.

The “Chill Effect” of the Pandemic

In May 2020, a Verdict poll reported by Medical Device Network found that

[t]he COVID-19 pandemic has created a sense of fear among the general public in visiting hospitals…patients are reluctant to visit hospitals in fear of contracting the disease, while hospitals [additionally] have closed out-patient wards for treatment. A majority (79%) of the respondents chose that they would avoid going to a hospital at any cost, while just 21% felt they would not avoid going to a hospital.

This aligns with findings made last year that cancer screenings and other periodic medical appointments saw a surge in either cancellations or no-shows in 2020.

a poll of interventional cardiologists revealed a 50% or more drop in the number of people receiving emergency treatment for heart attacks…[said] Mike Greco, Paramedic and Vice President of Local 2507…The Department’s most recent figures of cardiac arrests occurring at home are striking: for the week from March 30 – April 5, 2020, there were 1,990 cardiac arrest calls, four times as many as the same period a year earlier; and of those 1,429 could not be revived, an eight-fold increase over 2019.

As late as July, trauma specialists at Connecticut hospitals were reporting an “eerie silence” in their emergency rooms. While fear of contracting and spreading Covid kept many at home, the moral message public health officials were espousing could be another factor tethering people to their doorsteps. The constant push to “do the right thing” for the community and country may be convincing individuals that their injuries do not justify a trip to the emergency room, even if they would have gone under normal circumstances. In July 2020, the Los Angeles Times cited several such examples.

These days, Los Angeles acting teacher Deryn Warren balances her pain with her fear. She’s a bladder cancer patient who broke her wrist in November [2019]. She still needs physical therapy for her wrist, and she’s months late for a cancer follow-up. But Warren won’t go near a hospital, even though she says her wrist hurts every day. ““If I go back to the hospital, I’ll get COVID. Hospitals are full of COVID people,” says Warren…“Doctors say, ‘Come back for therapy,’ and my answer is, ‘No thank you.’”

It stands to reason that the same phenomenon was at work in home improvement accidents, and that the reported leveling or decline in certain categories of injuries between 2019 and 2020 is an unintended statistical artifice. Rather than the same or less incidents occurring between 2019 and 2020 with a rise in serious, reported injuries, a more likely interpretation is that many individuals avoided emergency room visits unless the nature of their injury was obviously severe.

In 2019, home injuries generated societal costs of $337 billion; the total will certainly tally higher for 2020.

In August of 2020, the Journal of the American Medical Association reported that diagnoses for breast, colorectal, lung, pancreatic, gastric, and esophageal cancers had declined 46% from 2018 levels in the United States. Admissions for chemotherapy fell by between 45 to 66%. In the UK, suspected cancer referrals had decreased 75% between the imposition of Covid restrictions and August. In all, some sixty-nine academic studies found declines in diagnoses, increases in waiting times for treatments, and surges in late-stage cancer discoveries.

Untreated home improvement-related injuries, including sprains, soft-tissue tears, fractures, and concussions will, over time, also generate long-term costs. Damage to the feet, ankles, or knees may seem to fade, but often generate long-term problems of balance and instability increasing the risk of falls and reinjury over time. Partial tears of muscles, ligaments, and tendons can and do become full ruptures with increased use. And head injuries create a vast swath of problems ranging from chronic dizziness and “fog” to emotional dysregulation, relationship problems, declines in job performance, and in severe cases a higher risk of mental health challenges.

The long-term costs of traumatic brain injury, mild or severe, are staggering. Years of physical therapy to treat the loss of motor function, assistive devices, truncated or completely lost careers, and other factors create lifetime costs running into the millions of dollars; not treating them only shifts those costs to other people: families, communities, employers, and beyond.

Current data strongly suggests that accidents associated with home improvement projects spiked in 2020 as people sought to productively couple idle weeks or months with stimulus payments. And further, that tens (and perhaps hundreds) of thousands of individuals who were hurt undertaking those do-it-yourself plans avoided medical treatment out of fear of contracting Covid at hospitals and other medical facilities.

Ultimately, we are drawn back to Bastiat’s emphasis on the seen and the unseen. When forcing people into their homes in response to Covid fears, it was clear that there would be repercussions. But the full effects of these actions are only now crystalizing. The data presented here points to dangerous behavior with very real costs as more individuals turned to DIY projects during their time at home but proved hesitant to seek out treatment in emergency rooms when they inevitably injured themselves in this new endeavor.

The trade-off of avoiding care for physical injuries in lieu of exposure to Covid are questionable at best. While the long-term implications of “long Covid” are still largely speculative, the costs associated with untreated DIY project accidents including but not limited to chronic pain, mild or severe traumatic brain injuries, knee, foot, hand, and eye injuries are well-documented. And it is entirely conceivable that in this regard, as with so many other knock-on effects of pandemic policies, the costs will balloon in the coming years and decades.

This article, Lockdown DIY Injuries: A Lagging Indicator?, was originally published by the American Institute for Economic Research and appears here with permission. Please support their efforts.

Is Default On The Table?