Let’s Save Liberal Education by Rethinking It 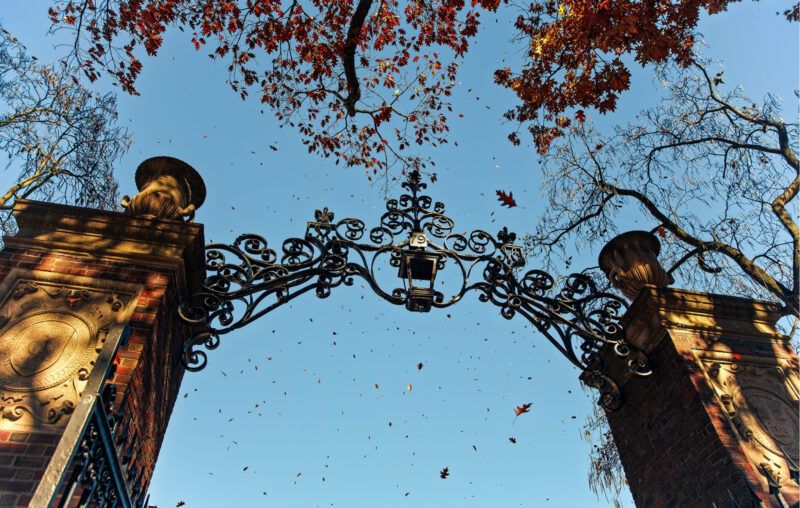 The ascendency of science, technology, engineering, and mathematics (STEM) subject matter in American higher education has largely displaced the previous model, liberal education. But this displacement raises the question, what exactly is liberal education? Is it the humanities and social sciences? The Great Books tradition? Or is it something else entirely?

I would argue that liberal education is fundamentally a method of learning rather than mastery of specific content. In this sense, I reach back to the medieval tradition of the liberal arts which, in turn, was inspired by the Greeks and Romans. The classical thinkers believed in studying something because it was intrinsically valuable. For instance, Aristotle claimed that music, one of the liberal arts, was necessary and useful but this was not why one should study it. One studied such things because it made one free—as from the Latin, “liber”—a fully realized human being not bound by the constraints of necessity or utility.

For example, medieval liberal education only had seven subjects: the quadrivium (arithmetic, geometry, astronomy, music) and the trivium (grammar, logic, rhetoric), though these subjects were broader in content when compared to today. (“Grammar” covered not only what we now call grammar but also literature, poetry, and history.) Nevertheless, the addition and subtraction of subjects from the curriculum of a liberal education shows that its content is not its defining feature.

Is it possible to study in a liberal fashion a subject that a Greek, Roman, or medieval thinker would believe to be illiberal? I’m not referring to the natural sciences or mathematics, or even engineering—after all, the Romans included architecture (which really is engineering) as part of their ars liberalis. What I mean is a subject that requires you to use your own hands (banausoi), the crafts and trades of vocational training, the performing arts, or the service professions.

According to the Greek, Roman, and medieval philosophers, these subjects were illiberal because one did them out of necessity or utility. For them, this was the dividing line between liberal and illiberal education.

My inclination is to think that these subjects could be studied liberally, for their own intrinsic worth. To be sure, doing so might be more difficult in practice as they tend to attract people who are motivated more by necessity or utility than by freedom or leisure. But if liberal education is fundamentally an approach to learning, then one should be able to study the crafts and trades of the banausoi in a liberal fashion. This seems to be what Matthew Crawford was describing in his influential book Shop Class As Soulcraft (2009), where he argued that manual labor should be reconceived as a type of activity to be valued for its own sake. For Crawford, what counts as liberal education depended more on how we approach the subject than on the subject itself.

My suggestion—and it is only a suggestion—is that liberal education should be seen as a type of approach to learning, to study things for their own sake, and therefore any subject, even manual labor, could potentially be part of its curriculum. This is one way for liberal education to reenter the discussion of higher education without automatically appealing to a tradition that persuades no one except those who already believe in it. Under this understanding, it would not be specific content—whether the humanities, the natural sciences, or the Great Books—that makes a student’s education liberal but how that student, along with support from faculty and administrators, approaches those subjects.

Promoting a Certain Kind of Freedom

Why should we care about studying something for its own sake? The answer I would give—and here I am in agreement with the ancient and medieval philosophers—is that it makes us truly human: It allows us to reflect upon who we are and what our purpose in life is. By approaching learning in a liberal fashion, we free ourselves from the demands of necessity and utility and consequently can be connected to what authentically makes the human being. This freedom is not Promethean in nature, where we can be whatever we wish to be. Rather it provides a proper perspective on our place in the world, making us see that we are part of something larger than ourselves, whether it is a particular tradition, a specific community, or part of the divine. This contemplative approach to learning—and to life itself—allows us to reflect upon the fundamental, existential questions of who we are and why we are here.

It is important to note that, at least for the ancient and medieval thinkers, liberal education was necessary but not sufficient to make one a person of good character, much less a good citizen. Book learning was not enough.

The virtues of the intellect were intertwined with the virtues of action: prudence (phronesis) and craftsmanship (techne). These virtues required one to actually practice them as practical and productive action. (By contrast, Aristotle’s other intellectual virtues—namely wisdom or sophia, scientific knowledge or episteme, and rational intuition or nous—do not require this.) To be prudent meant one had to act prudently—to do the right thing to the right person, at the right time, in the right manner, and for the right reason. Liberal education can make one free, and may even show why one should live, but it cannot show how one should live. Experience must complement liberal education to make us good people and good citizens.

Liberal education therefore is only the starting point for a student’s growth and development. Those who advocate it should understand that liberal education itself is not the ultimate end. Liberal education is to prepare students to become mature people and serious citizens: it does not exist in splendid isolation apart from the state. In fact the paradox and value of liberal education lie in its addressing these concerns of the state by ignoring them. Students study subjects because of their intrinsic worth; but they will, at some point, need more than liberal education in order to become fully flourishing human beings.

Today, liberal education needs to rethink what it actually is and why it is relevant, if it wants to be taken seriously in our debates about higher education. Otherwise, it will be dismissed, if it has not been already, as a relic of the past, a museum piece that reminds us of another time and another set of values. Liberal education’s eventual fate might well be this—maybe it always existed more as an ideal than a lived reality—but those of us who believe there is more to life than consumption and production have a duty to explain why liberal education matters. It is a duty that is not only to ourselves but, more importantly, to our students, if we wish them to be good citizens and good people, and truly to be free.

This article, Let’s Save Liberal Education by Rethinking It, was originally published by the American Institute for Economic Research and appears here with permission. Please support their efforts.